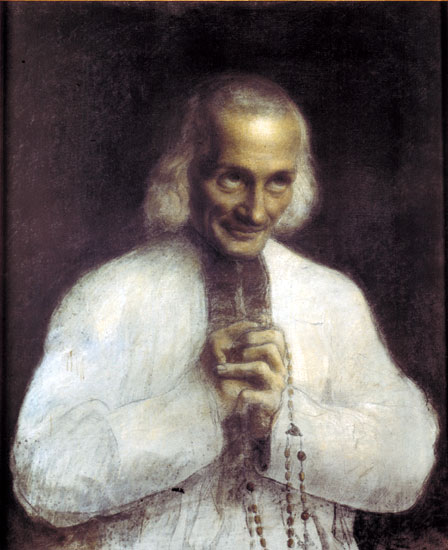 Next year is the 150th anniversary of the death of Saint John Mary Baptist Vianney. The fourth of August is of course his feast day.

Here is an extract:

""If anyone wishes to come after me, let him deny himself, and take up his cross and follow me." It is recorded that "the holy parish priest of Ars often thought these words of the Lord over carefully, and determined to apply them to his own actions."
He made the resolution readily, and with the help of God's grace and by constant effort, he kept it to a wonderful extent; his example in the various works of priestly asceticism still points out the safest path to follow, and in the midst of this example, his poverty, chastity and obedience stand forth in a brilliant light. "

In this Encyclical by Blessed Pope John, one is struck by the many references by the Pope to two of his predecessors in particular: Saint Pope Pius X and Pope Pius XI.

Looking at this Encyclical, one does wonder why Pope John XXIII is often seen as "the great liberal Pope" Labelling Popes is often deceptive.