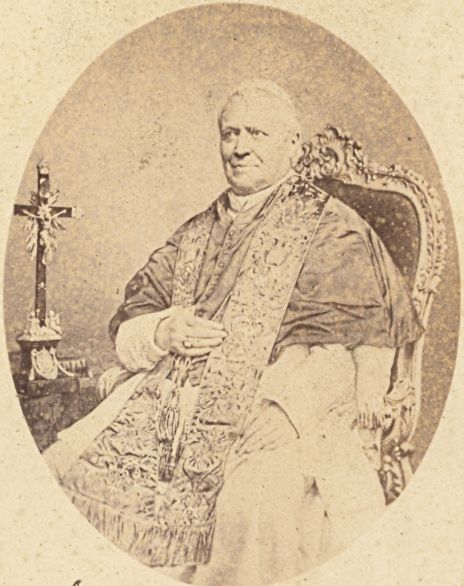 Joseph Sirven, MD, Associate Professor of Neurology at the Mayo Clinic in Scottsdale, Arizona, and his colleagues recently published a study that indicates that the Pope Pius IX did indeed have epilepsy.

The goal of the study, according to the abstract, was “to assess how epilepsy influenced Pope Pius IX’s life and his papacy.”

Dr. Sirven was asked what lessons he learned from this study.

“The main lesson learned for me is that neurological diseases such as epilepsy have a stigma that can often be used by both enemies and allies of individuals to further their interests. Enemies of those with epilepsy can simply state that the work of those people with epilepsy is tainted or clouded by their seizures, whereas supporters simply point out that epilepsy is an obstacle to overcome.”

Dr. Sirven concluded that the Pope was an example of someone with seizures who was able to achieve greatness despite the stigma attached to epilepsy in the 19th century and who can therefore be an inspiration to people even today.

The full article, is at Mayo Clinic Proceedings here

"Two important findings in Pius IX’s history are likely responsible for his epilepsy.

Second, he likely had a CNS lesion from some developmental process, as evidenced by an asymmetry in photos of Pius IX’s face that was apparent to all 3 epileptologists. Asymmetry affecting the lower half of the face suggests an upper motor neuron lesion of the 7th cranial nerve, which would be consistent with a focal lesion often seen among patients with partial epilepsy. Pius IX was the youngest of 9 siblings, none of whom were reported to have had epilepsy, making it less likely that there was a generalized inherited condition.

Suggestions of the traumatic events are demonstrated in the following passage: “As a youth in Italy, Pius IX annually went to visit his mother at the Shrine of Our Lady of Loreto. When he was small he fell into a stream after which he was frequently tortured with fatigue and fever. The doctors were never able to pinpoint the cause.”

Developmental anomalies are evident based on the following quotation:

"The vestiges of epilepsy were clearly visible. Pius IX’s body was slightly less developed on the left. This could be seen even in the face, which was asymmetric with lips awry and a head that inclined to the right. The subject was considered highly impressionable, capricious, impulsive, and unpredictable. These characteristics were all attributed to epilepsy" "