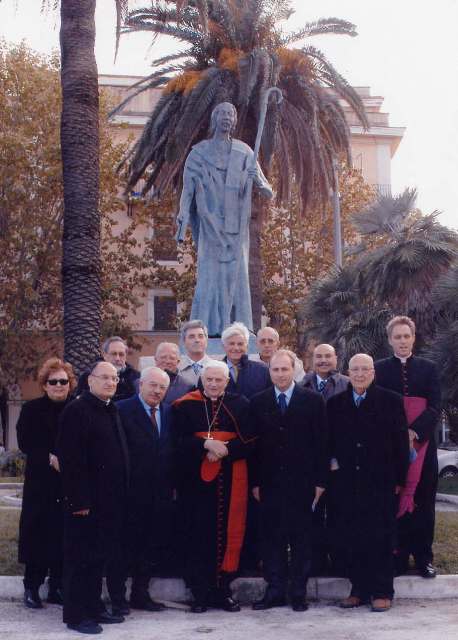 This week the Church celebrates the feast days of St Augustine and his mother, St Monica

To commemorate the event a modern bronze statue of the saint was commissioned. It was blessed at a special ceremony in the Vatican by Pope John Paul II.

Then it was taken to Lido di Ostia where it was placed on a plinth of marble where it still stands.

It was inaugurated in the presence of the then Josef Cardinal Ratzinger (see above), who at the time was Titular of the Diocese which has its seat in Sant`Aurea in Ostia Antica.

Ostia Antica was the place of death of the saint`s mother, Saint Monica and whose bones rested for a long time in the Basilica of Sant`Aurea. Saint Augustine is also the patron saint of Ostia so the statue is quite appropriate.
Posted by Unknown at 7:07 pm