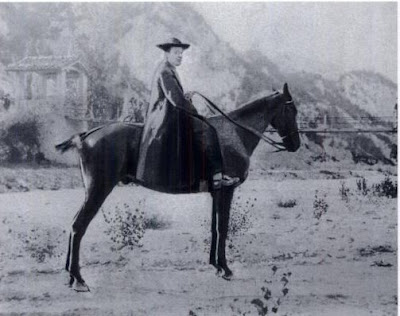 Godzdogz has a series of Postings for the Year of St Paul. One of them is on the dangers of factions and quarrels arising within the Church. For some, ideological struggle takes precedence over unity. They write:

"St Paul was something of a feisty character, and was not unaccustomed to becoming involved in argument. We know that he was quite a vicious persecutor of the early Christians. Some of this passion seems to have remained in his character throughout his ministry. When Paul eventually returned to Jerusalem, following his conversion to Christ, it was Barnabas who persuaded the disciples to admit Paul to their fellowship (Acts 9:26). As a result of this intercession, a wonderful friendship between Paul and Barnabas was formed. It is, therefore, sad to note that they eventually had a “falling out” of sorts.

There is also his argument with Peter about which he speaks in the Letter to the Galatians. 'I opposed him to his face', Paul says (Gal 2:11). It is a moment in a much longer argument in which Paul was engaged with 'Judaizing' elements in the early Church, people who believe that pagan converts to Christianity should also be subject to requirements of Jewish law such as circumcision. Peter seems to have been trying to hold quarrelling factions together whereas on this one Paul felt that this would compromise the way to salvation now revealed, faith in the cross of Christ.

So, Paul was clearly a fiery brand, and yet when he wrote to the Corinthians he was very clear about the danger of quarrelling. He tells them that if the path to the cross is dominated by trouble and strife, then its power will be diminished (1 Cor 1:17). Therefore, he calls for the exclusion from the Church for those who espouse different leaders that oppose each other and segment the Body of Christ.

But this was not just an early church problem for we experience similar problems today. There are factions, whether leaning right or left, that fragment the Body of Christ. Such factions wound Christ’s body with their theories and opinions about what Christianity should be. Often, they see personal views and entrenched stances as more important than what Christ taught and His Church developed.

But St Paul did not pull punches, so he challenged the factions to preserve the unity of Christianity. Challenging the kind of party politics that meant opting 'for Paul', 'for Apollos', 'for Cephas', before Christ, his argument is that there is one body that teaches the truth, and that is the Church of Jesus Christ. We are called together to bemembers of the Church, the People of God, the Body of Christ.

We are not called to design our own church. Quarrelling worried St Paul because it threatened the very aims of his preaching by putting political or personal convictions before the unity of the Body of Christ."

Division has always been a problem.

After the death of Pope Pius X, the conclave of 1914 had a number of factions. There was a faction called the "integristes". The eventual winner, Pope Benedict XV was not of this faction. He was not a Modernist either.

In his first Encyclical Ad Beatissimi Apostolorum (November 1, 1914) , he set out the principles underlying his Pontificate. His "programme" if you like.

Most of the Encyclical is about the First World War, as you might expect. Most attention in studying the Encyclical has been directed to that area. But in the Encyclical, he did address the question of division in the Church. He said:

"21. As We are now for the first time addressing you all, Venerable Brethren, it seems a fitting moment to mention certain important points to which We propose to give particular attention, so that by the prompt union of your efforts with Our own, the desired good results may be more quickly attained.

22. The success of every society of men, for whatever purpose it is formed, is bound up with the harmony of the members in the interests of the common cause. Hence We must devote Our earnest endeavours to appease dissension and strife, of whatever character, amongst Catholics, and to prevent new dissensions arising, so that there may be unity of ideas and of action amongst all.

The enemies of God and of the Church are perfectly well aware that any internal quarrel amongst Catholics is a real victory for them.

Hence it is their usual practice when they see Catholics strongly united, to endeavour by cleverly sowing the seeds of discord, to break up that union. And would that the result had not frequently justified their hopes, to the great detriment of the interests of religion!

Hence, therefore, whenever legitimate authority has once given a clear command, let no one transgress that command, because it does not happen to commend itself to him; but let each one subject his own opinion to the authority of him who is his superior, and obey him as a matter of conscience.

Again, let no private individual, whether in books or in the press, or in public speeches, take upon himself the position of an authoritative teacher in the Church. All know to whom the teaching authority of the Church has been given by God: he, then, possesses a perfect right to speak as he wishes and when he thinks it opportune. The duty of others is to hearken to him reverently when he speaks and to carry out what he says.

23. As regards matters in which without harm to faith or discipline - in the absence of any authoritative intervention of the Apostolic See - there is room for divergent opinions, it is clearly the right of everyone to express and defend his own opinion.

But in such discussions no expressions should be used which might constitute serious breaches of charity;let each one freely defend his own opinion, but let it be done with due moderation, so that no one should consider himself entitled to affix on those who merely do not agree with his ideas the stigma of disloyalty to faith or to discipline.

24. It is, moreover, Our will that Catholics should abstain from certain appellations which have recently been brought into use to distinguish one group of Catholics from another. They are to be avoided not only as "profane novelties of words," out of harmony with both truth and justice, but also because they give rise to great trouble and confusion among Catholics.

Such is the nature of Catholicism that it does not admit of more or less, but must be held as a whole or as a whole rejected: "This is the Catholic faith, which unless a man believe faithfully and firmly; he cannot be saved" (Athanas. Creed). There is no need of adding any qualifying terms to the profession of Catholicism: it is quite enough for each one to proclaim "Christian is my name and Catholic my surname," only let him endeavour to be in reality what he calls himself.

25. Besides, the Church demands from those who have devoted themselves to furthering her interests, something very different from the dwelling upon profitless questions; she demands that they should devote the whole of their energy to preserve the faith intact and unsullied by any breath of error, and follow most closely him whom Christ has appointed to be the guardian and interpreter of the truth.

There are to be found today, and in no small numbers, men, of whom the Apostle says that: "having itching ears, they will not endure sound doctrine: but according to their own desires they will heap up to themselves teachers, and will indeed turn away their hearing from the truth, but will be turned unto fables" (II Tim. iv. 34).

Infatuated and carried away by a lofty idea of the human intellect, by which God's good gift has certainly made incredible progress in the study of nature, confident in their own judgment, and contemptuous of the authority of the Church, they have reached such a degree of rashness as not to hesitate to measure by the standard of their own mind even the hidden things of God and all that God has revealed to men. Hence arose the monstrous errors of "Modernism," which Our Predecessor rightly declared to be "the synthesis of all heresies," and solemnly condemned."

If one thinks about it, no one today really recalls the quarrels which the Church went through in 1914 and before, all of which Pope Benedict XV referred to. The participants are long dead and hopefully now and long united in Christ.
In any event while they were alive, they had much more in common than divided them.
Posted by Unknown at 5:42 pm