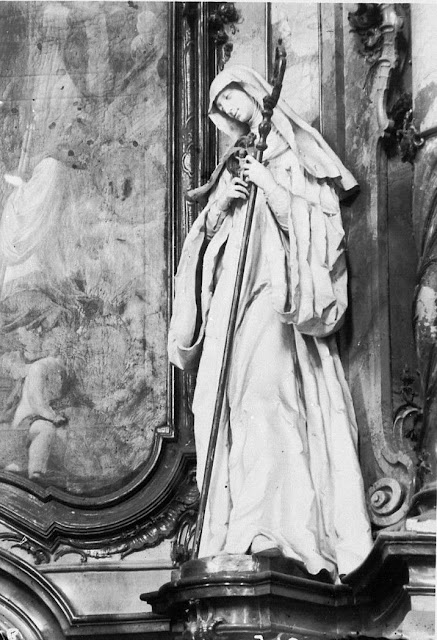 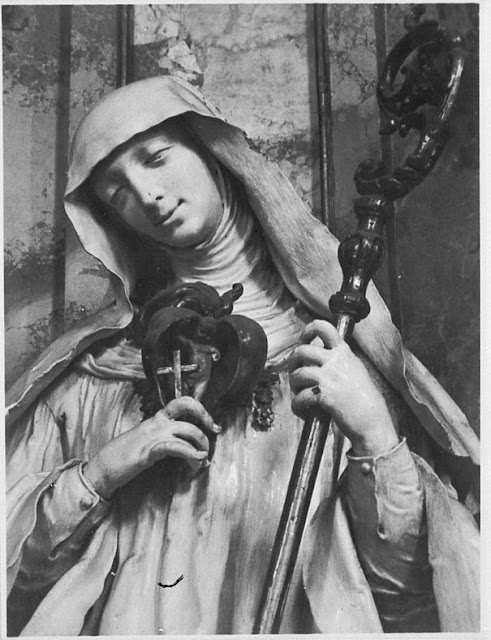 Franz Ludwig Hermann 1723 -1791
St Gertrude the Great 1746-1755
Sculpture
Klosterkirche, Zwiefalten (South Germany)
A most invaluable resource for the study of St Gertrude the Great and her works is a Ph. D thesis by Laura Marie Grimes
It can be accessed as a .pdf file here: THEOLOGY AS CONVERSATION: GERTRUD OF HELFTA AND HER SISTERS AS READERS OF AUGUSTINE
In particular she discusses the similarities between the works of St Gertrude and St Augustine`s Confessions:

"Gertrud’s Memoriale, which became Book II of Legatus,[is similar to] to Augustine’s Confessions.
Beyond the similarity of style, Gertrud’s work uses key images, themes, and phrases found in Augustine’s.
Like him, she tells her story of ongoing conversion to praise God and form a community that praises God by attention to the work of grace in their own hearts as well as those of the writer.
Both Gertrud and Augustine see the incarnate Word of God as piercing the human heart with a transforming assurance of God’s mercy, making it a “book” in which the story of salvation is read anew in every generation."