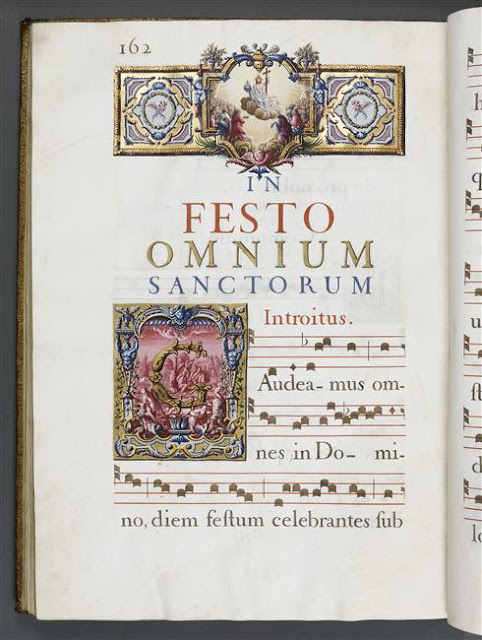 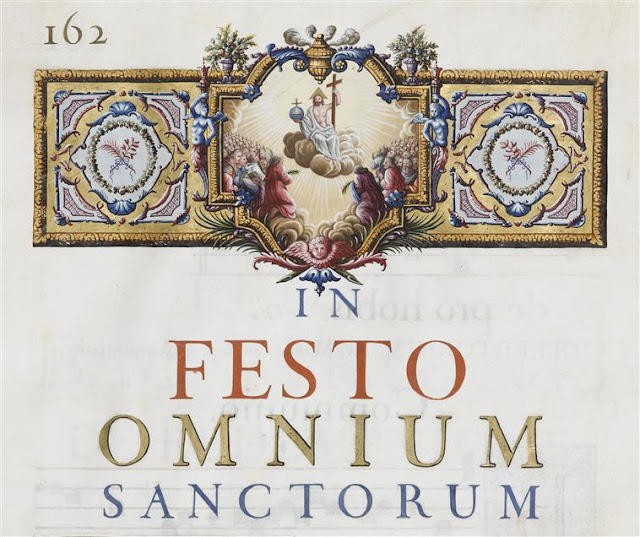 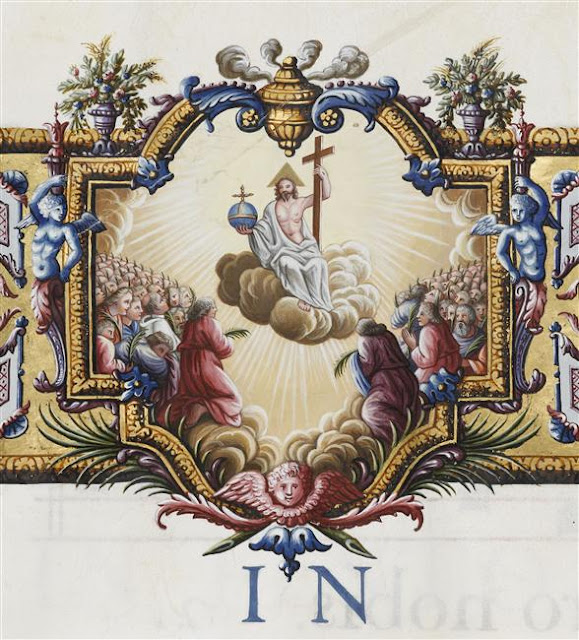 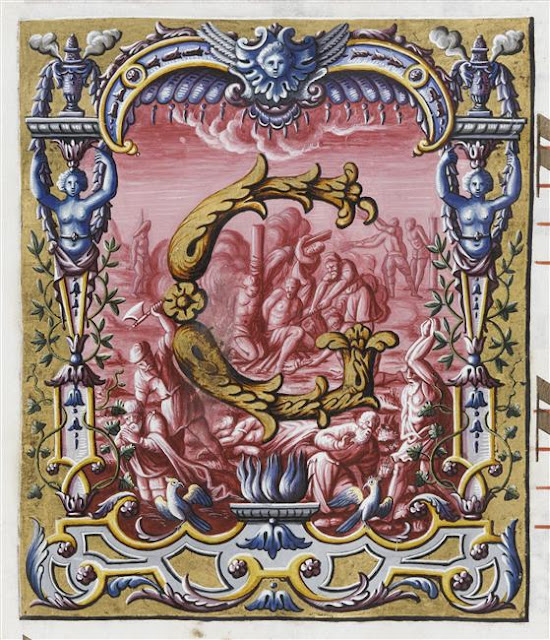 All Saints Day celebrates those who have seen or are in the presence of the Beatific Vision.
There have been attempts to describe this Vision. The most famous is probably that in Dante`s Paradiso. See extract below from Dante, Paradiso: Canto XXXIII, lines 124 - 145 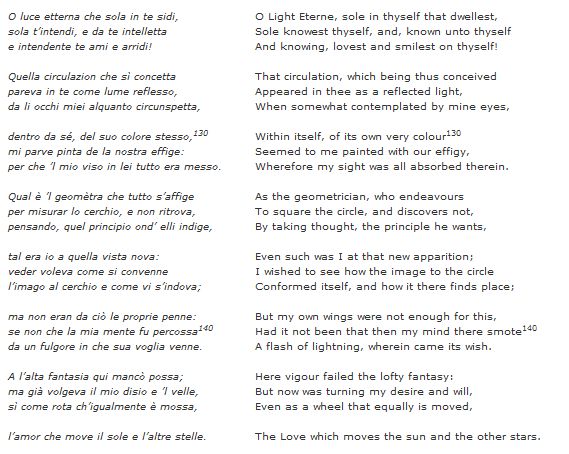 Dante`s Beatific Vision has inspired many.
It helped to inspire in part the Pope`s first Encyclical Deus Caritas Est.
In a speech on Monday, 23 January 2006 to the participants of a meeting organised by the Pontifical Council "Cor Unum", the Pope said:

"The cosmic excursion in which Dante, in his "Divine Comedy", wishes to involve the reader, ends in front of the perennial Light that is God himself, before that Light which is at the same time "the love that moves the sun and the other stars" (Par. XXXIII, v. 145). Light and love are one and the same. They are the primordial creative powers that move the universe.
If these words in Dante's Paradiso betray the thought of Aristotle, who saw in the eros the power that moves the world, Dante nevertheless perceives something completely new and inconceivable for the Greek philosopher.
Not only that the eternal Light is shown in three circles which Dante addresses using those terse verses familiar to us:

"O everlasting Light, you dwell alone/In yourself, know yourself alone, and known/And knowing, love and smile upon yourself!" (Par. XXXIII, vv. 124-126).

As a matter of fact, even more overwhelming than this revelation of God as a trinitarian circle of knowledge and love, is the perception of a human face - the face of Jesus Christ - which, to Dante, appears in the central circle of the Light.
God, infinite Light, whose immeasurable mystery the Greek philosopher perceived, this God has a human face and - we may add - a human heart.
This vision of Dante reveals, on the one hand, the continuity between Christian faith in God and the search developed by reason and by the world of religions; on the other, however, a novelty appears that surpasses all human research, the novelty that only God himself can reveal to us: the novelty of a love that moved God to take on a human face, even to take on flesh and blood, the entire human being.
The eros of God is not only a primordial cosmic power; it is love that created man and that bows down over him, as the Good Samaritan bent down to the wounded and robbed man, lying on the side of the road that went down from Jerusalem to Jericho.
Today, the word "love" is so spoiled, worn out and abused that one almost fears to pronounce it. And yet, it is a fundamental word, an expression of the primordial reality. We cannot simply abandon it, but we must take it up again, purify it and bring it to its original splendour so that it can illumine our life and guide it on the right path.
This is the understanding that led me to choose "love" as the theme of my first Encyclical. I wanted to try to express for our time and our existence some of what Dante boldly summed up in his vision.
He tells of a "sight" that "was altering" as he "gazed on" it and was being interiorly changed (cf. Par. XXXIII, vv. 112-114).
It is precisely this: faith becomes a vision-understanding that transforms us. It was my aim to shed light on the centrality of faith in God; in that God who took on a human face and heart.
Faith is not a theory that can be personalized or even set aside. It is something very concrete: it is the criteria that determines our lifestyle.
In an epoch where hostility and greed have become superpowers, an epoch where we support the abuse of religion to the point of deifying hatred, neutral rationality alone cannot protect us. We need the living God, who loved us even to death. And so, in this Encyclical, the themes "God", "Christ" and "Love" are fused together as the central guide of Christian faith.
I wanted to reveal the humanity of faith, of which eros is a part; the "yes" of man to his bodiliness created by God, a "yes" that in an indissoluble matrimony between man and woman finds its form rooted in creation."