The iconography of the Feast of the Epiphany is many, various and beautiful
The visit of the Three Kings to the manger is fixed in the mind.
But perhaps its familiarity undermines the importance of the message
Perhaps too the word "epiphany" has been undermined by its takeover by the field of literary scholars, who influenced by De Quincey and above all James Joyce have circulated the idea of an "epiphany" as a sudden realisation or comprehension of the essence or meaning of something.
An "epiphany" originaly was a meeting of the divine and the secular whereby the human world became illuminated. In literary scholarship, God was removed. The "epiphany" became a "sudden spiritual manifestation, whether in the vulgarity of speech or of gesture or in a memorable phase of the mind itself". Man was and is the source of revelation through his own efforts and capabilities
The epiphany became a commonplace rather than a unique or rare event. Everyone even Bart Simpson has epiphanies and they are valued as such
See Wim Tegges, Moments of Moment: Aspects of the Literary Epiphany
One of the most problematic of depictions of the epiphany is that by Michelangelo in The British Museum, The Epifania: 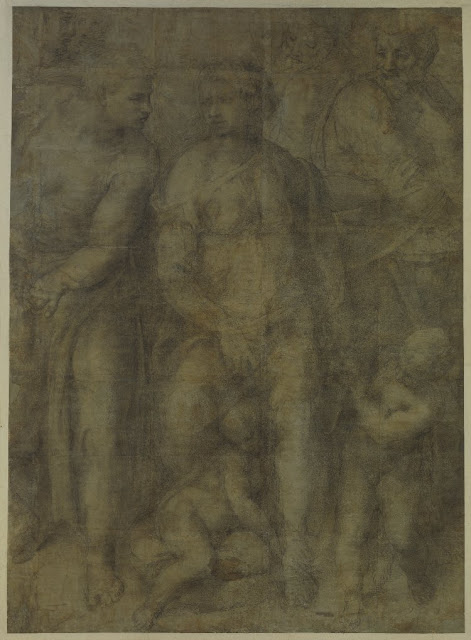 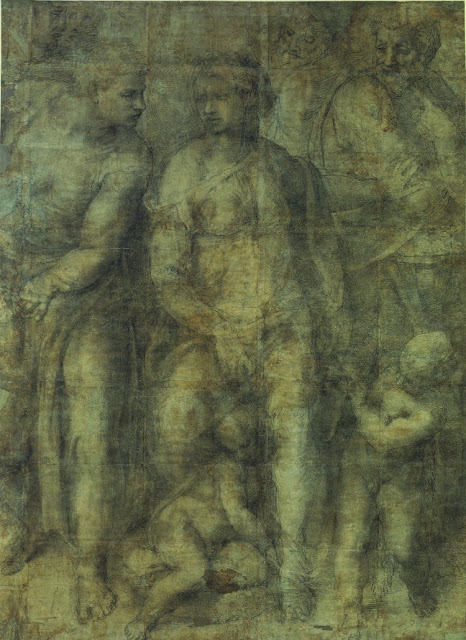 Michelangelo Buonarroti, 1475 - 1564
The Epifania
1550-3
Black chalk, rubbed in places. 232.7 x 165.5 cm
The British Museum, London
For commentary on the work see the text on the BM website
The more proactive role of the Virgin Mary and the presence of St John the Baptist in the Cartoon can be understood if we remind ourselves of what the Epiphany is. See The Catechism in paragraphs 528 to 548and paragraph 1335:

"528 The Epiphany is the manifestation of Jesus as Messiah of Israel, Son of God and Saviour of the world. the great feast of Epiphany celebrates the adoration of Jesus by the wise men (magi) from the East, together with his baptism in the Jordan and the wedding feast at Cana in Galilee ...
535 Jesus' public life begins with his baptism by John in the Jordan. John preaches "a baptism of repentance for the forgiveness of sins". A crowd of sinners - tax collectors and soldiers, Pharisees and Sadducees, and prostitutes - come to be baptized by him. "Then Jesus appears." the Baptist hesitates, but Jesus insists and receives baptism. Then the Holy Spirit, in the form of a dove, comes upon Jesus and a voice from heaven proclaims, "This is my beloved Son." This is the manifestation ("Epiphany") of Jesus as Messiah of Israel and Son of God....
547 Jesus accompanies his words with many "mighty works and wonders and signs", which manifest that the kingdom is present in him and attest that he was the promised Messiah.
548 The signs worked by Jesus attest that the Father has sent him. They invite belief in him. To those who turn to him in faith, he grants what they ask. So miracles strengthen faith in the One who does his Father's works; they bear witness that he is the Son of God. But his miracles can also be occasions for "offence"; they are not intended to satisfy people's curiosity or desire for magic Despite his evident miracles some people reject Jesus; he is even accused of acting by the power of demons. ...

1335 ... The sign of water turned into wine at Cana already announces the Hour of Jesus' glorification. It makes manifest the fulfillment of the wedding feast in the Father's kingdom, where the faithful will drink the new wine that has become the Blood of Christ."