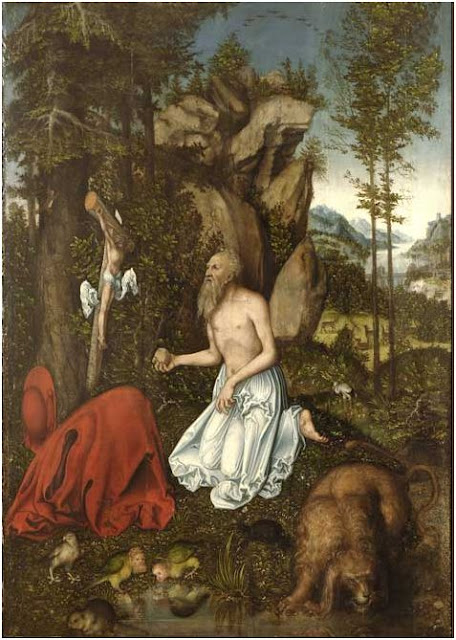 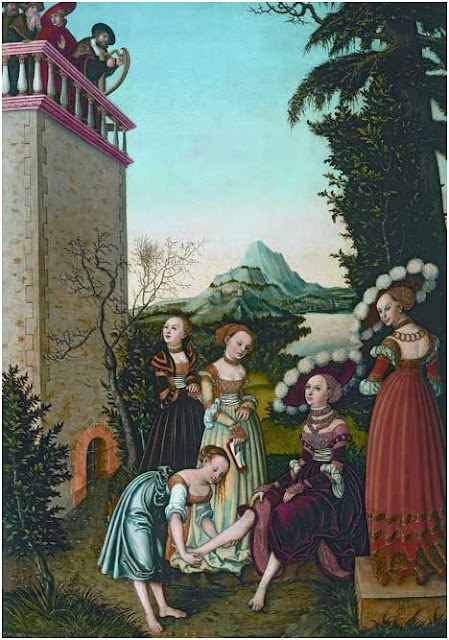 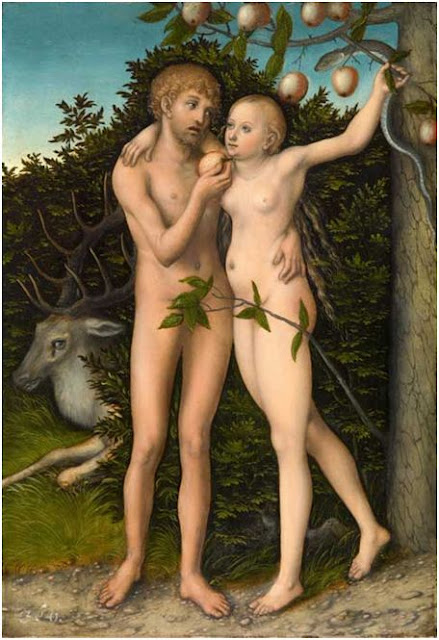 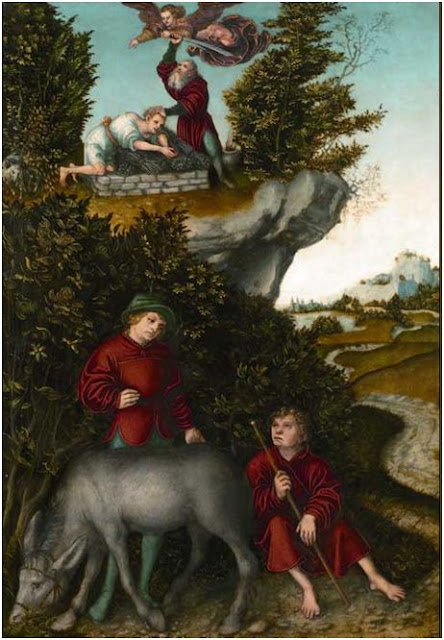 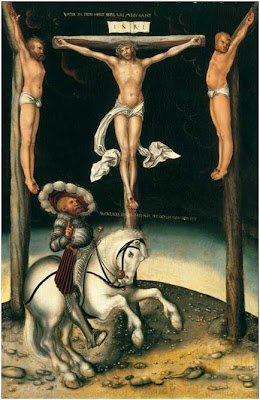 Lucas Cranach (1472‐1553)
The Centurion under the Cross
1539
Oi l on board
51.5cm x 34cm
Bayerische Staatsgemaldesammlungen Aschaffenburg, Aschaffenburg
In Rome at the Galleria Borghese is an exhibition devoted to the works of Lucas Cranach
It is entitled: “Cranach: the Other Renaissance”  It ends on 13th February 2011.
The above are only some of the works in what looks to be a great exhibitions. In all about 45 of Cranach`s most celebrated works are on the exhibition website including the famous portraits of Martin Luther and his wife in the Uffizi, of which thousands of copies were made and distributed during the Reformation
Lucas Cranach (1472‐1553) is perhaps best known in art history as a friend and supporter of Martin Luther, at whose wedding he was the best man
He was also the court painter to Frederick the Wise of Saxony for all of fifty years and head of a large and very busy studio in Wittenberg. Cranach was perhaps only the second choice of Frederick, who actually would have preferred Albrecht Dürer
In 1550 there occurred one of the great meetings in art history. The two greatest portrait painters of their age and the greatest religious iconograhers of their age met: Lucas the Elder and Titian.
The latter was engaged in portraying the victors and the defeated after the battle of Mühlberg, in which the Catholic Alliance, led by Emperor Charles V, had routed the Protestant forces. Cranach was accompanying his employer and head of the Protestants, John Frederick I of Saxony, who had been captured.
In 1550/51, Titian produced at least two “private portraits” of the deposed Prince‐Elector that imitated Cranach. In the same period, the German artist executed a portrait of Titian which has unfortunately disappeared.
In a period of religious strife, the greatest artists coud bridge the divide. Perhaps it is quite appropriate that this major exhibition of Cranach`s works is in Rome in this time of the Week for Christian Unity.
A few days ago the Pope met a group of Lutheran pilgrims from Finland on their annual pilgrimage to Rome.
He said:

"Every year this meeting bears witness to the friendship and cooperation that exist between Lutherans and Catholics and, in general, among all Christians in your country..although the goal of the ecumenical movement -- complete unity in the faith -- has not yet been reached," and went on to say   that dialogue has produced many points of agreement, such as the Joint Declaration on the Doctrine of Justification, which was signed in 1999.
"At the same time ...we are all aware that the ecumenical journey has, in some ways, become more difficult and challenging. In this light, your annual pilgrimage to Rome for the Feast of St. Henrik is an important event and a stimulus to our efforts. It helps us to look back with joy at the goals we have achieved and forward to the future with the desire for responsible compromise."