Superga: A Monument to the Nativity of the Virgin 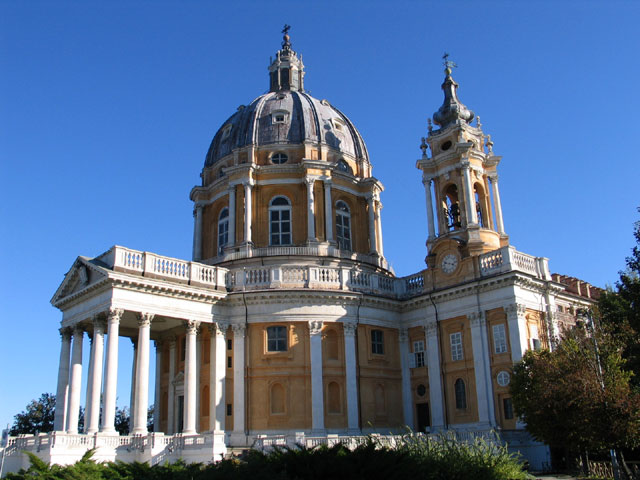 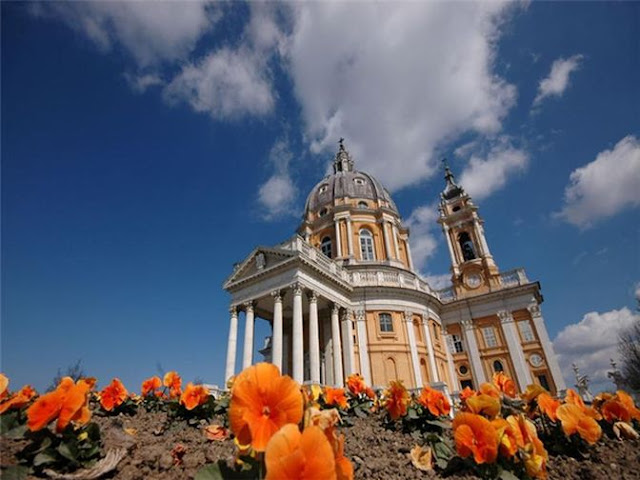 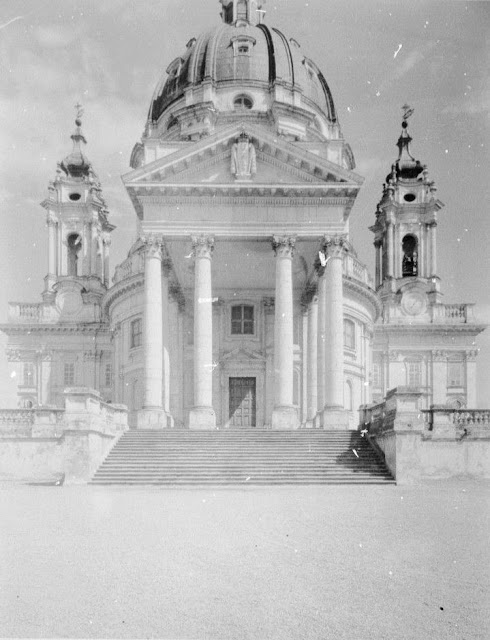 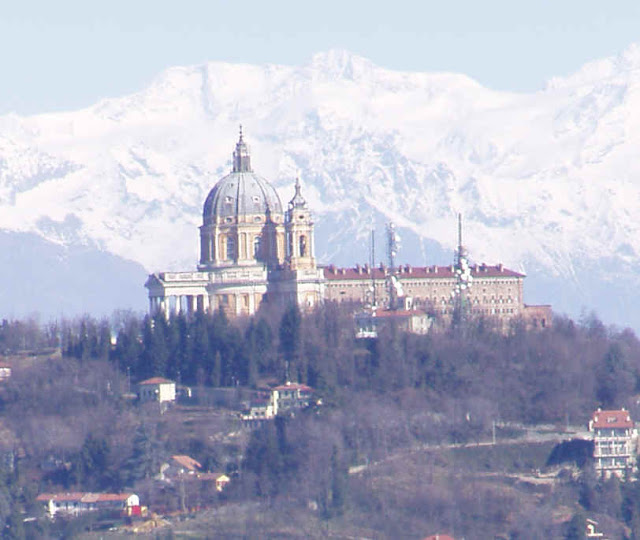 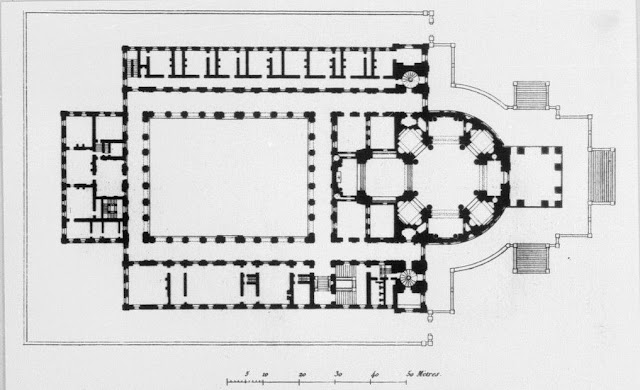 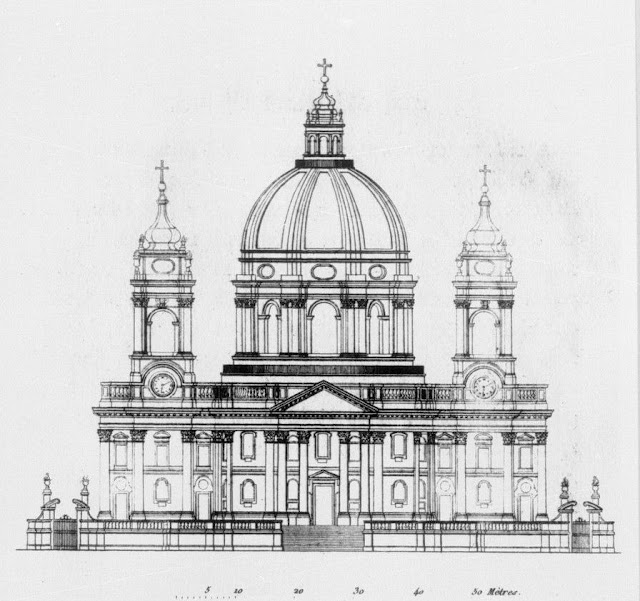 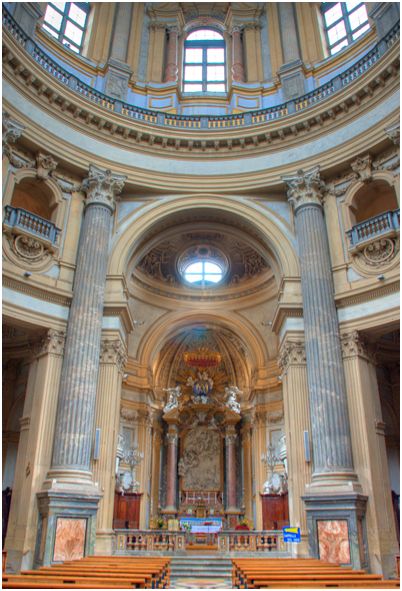 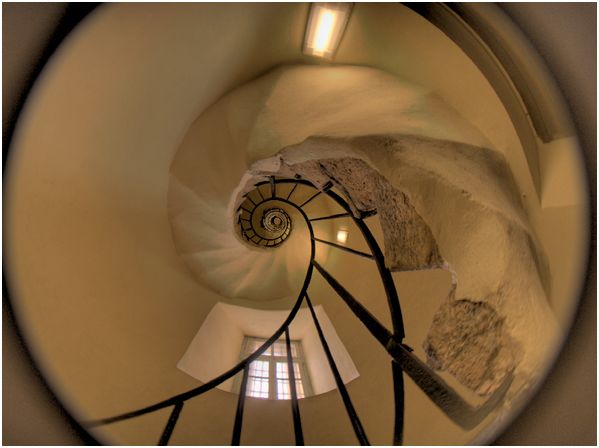 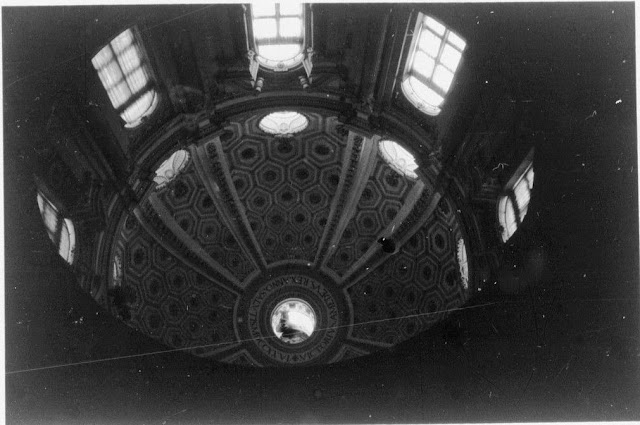 The Minor Basilica of Superga dedicated to the Nativity of Mary 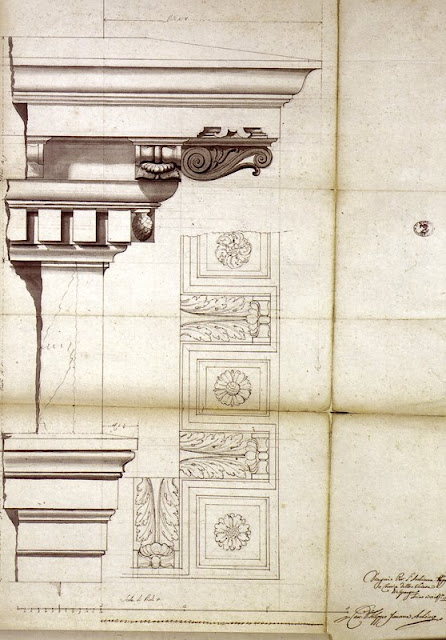 Filippo Juvarra (1678-1736)
“Disegnio per l’Architrave: Freggio e Cornice della Chiesa di Superga”, 1720
Archivio di Stato, Torino
Superga is a hill situated on the south bank of the Po River to the east of Turin in Italy. It is situated on the highest hill overlooking the city (658 metres)
On it is The Minor Basilica of Superga together with the attached monastery
It was built from 1717 to 1731 by Victor Amadeus II of Savoy at the top of the hill to fulfill a vow to the Virgin Mary the Duke (and future King of Sardinia) had made during the Battle of Turin. The Battle ended on 7th September. Hence the vow.
The Basilica and Monastery are dedicated to The Nativity of the Virgin Mary.
It is a baroque masterpiece.
It contains the Royal tombs of the Royal family of Savoy.
The view from the basilica is magnificent. Jean Jacques Rousseau when looking out from the top of the cupola said that it was the most beautiful view which could strike the human eye.
The architect was Filippo Juvarra (1678-1736) In some respects, it was based on Sant'Agnese in Rome. There was provision for three large altar reliefs.
It is not surprising that the choice of sculptors fell on two artists working in Rome, Bernardino Cametti and, subsequently, Agostino Cornacchini (1686-1754).
For more about the Basilica see
Romeartlover
Posted by Unknown at 9:04 pm