A Drive through Edinburgh 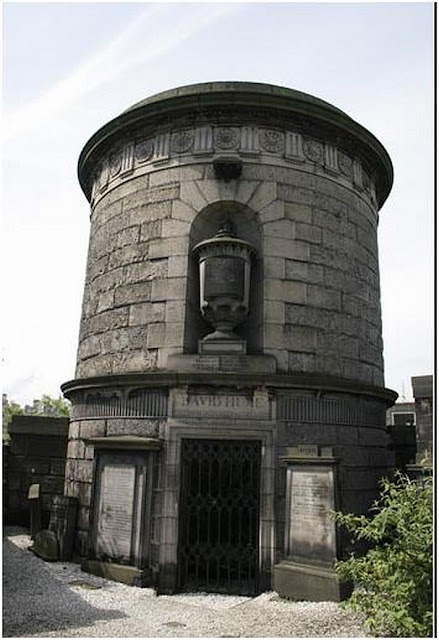 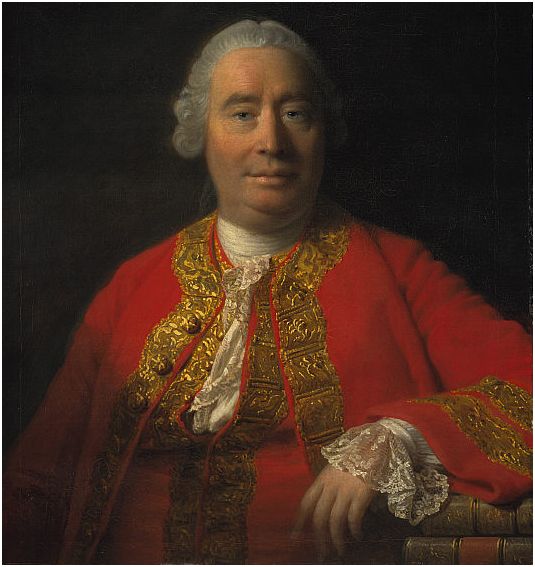 After visiting Her Majesty at Holyrood House, Edinburgh, the Pope will be driven in the Popemobile to the house of Cardinal O`Brien.
The itinerary has been published.
On his way he will pass an old cemetery: the Old Calton Burial Ground
Be prepared to hear the sounds of turning and spinning as the Pope passes by.
Amongst those interred in the old cemetery is the Scottish Enlightenment philosopher and historian David Hume (1711-76). His body lies in an impressive Roman mausoleum designed by Robert Adam who was a friend of Hume. Robert Adam himself was buried in Westminster Abbey.
Both were of course great figures in the Scottish Enlightenment
The mausoleum is a shrine of Reason
Hume purchased the plot prior to his death and made arrangements in a Codicil for his funeral and tombstone. He knew he was dying.
After his death, when constructed in 1778, the monument was an extremely conspicuous sight on the Edinburgh skyline.
It has been said that the monument is "a paradigm of Scotland's place at the very forefront of European taste and thought" in the eighteenth and early nineteenth century
The monument is solid, classical, and pagan, but located in a Christian graveyard and caused some consternation to contemporaries who were aware of Hume's atheism or "irreligion"
As time went on, and as Edinburgh expanded, its prominence has diminished greatly.
It has a simple inscription, simply the philosopher`s name, "David Hume" and his dates of birth and death
It was regarded as a suitable tomb for holding the remains of one of the greatest men which Scotland has ever produced.
For more about David Hume`s tomb see:
Iain Gordon Brown, David Hume's Tomb: a Roman mausoleum by Robert Adam [Proc Soc Anliq Scot, 121 (1991), 391-422]
The Pope has often spoken of the Enlightenment. Some have crudely charaterised him as a die-hard opponent of the principles and values of the Enlightenment in the so-called Battle of Faith and Reason.
It is a pity that he was prevented from giving an address at La Sapienza in Rome in 2008. The Address that the Holy Father intended to give during a Visit to La Sapienza University in Rome on Thursday, 17 January 2008 is published here.
In it he said amongst a great many things:

"What is reason? How can one demonstrate that an assertion – especially a moral norm – is “reasonable”? At this point I would like to describe briefly how John Rawls, while denying that comprehensive religious doctrines have the character of “public” reason, nonetheless at least sees their “non-public” reason as one which cannot simply be dismissed by those who maintain a rigidly secularized rationality.
Rawls perceives a criterion of this reasonableness among other things in the fact that such doctrines derive from a responsible and well thought-out tradition in which, over lengthy periods, satisfactory arguments have been developed in support of the doctrines concerned.
The important thing in this assertion, it seems to me, is the acknowledgment that down through the centuries, experience and demonstration – the historical source of human wisdom – are also a sign of its reasonableness and enduring significance.
Faced with an a-historical form of reason that seeks to establish itself exclusively in terms of a-historical rationality, humanity’s wisdom – the wisdom of the great religious traditions – should be valued as a heritage that cannot be cast with impunity into the dustbin of the history of ideas."

What a pity there is no one today of the stature of Hume to debate and discuss with Benedict. It would be an experience which no doubt both would have enjoyed and relished.
Posted by Unknown at 7:38 pm