Procession with relics of St Hildegard 2007 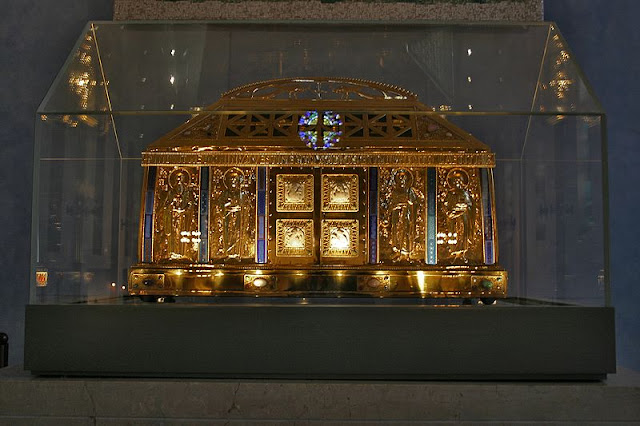 Container of relics of St Hildegard at the shrine of St Hildegard
Can I recommend two German sites about St Hildegard of Bingen ?
Pfarrkirche St. Hildegard - The Church where the relics of St Hildegard are enshrined and venerated (German language only)
The website of the Benedictine Abbey of St Hildegard of Bingen - This website is excellent: in English and in German.
On September 17th, 1904, twelve Benedictine nuns moved into the new foundation from the Abbey of St Gabriel in Prague, the Beuron Congregation's first monastic house for women. In 1908 the priory was raised to an Abbey by two decrees of Pope Leo XIII, and vested with all the rights and privileges of the former Abbey of St Hildegard.
As an "exempt" abbey it does not come under the jurisdiction of the regional bishop, but directly under the Holy See
The Abbey Church of St Hildegard was built between 1900 and 1908
Between 1907 and 1913 the interior of the church was painted, a project led by Fr Paulus Krebs (1849-1935) of Beuron, a student of the famous artist-monk Fr Desiderius Lenz (1832-1928), the founder of the Beuron School of Art.
Fr Paulus Krebs considered himself the "painter of St Hildegard",
The abbey church at Eibingen is considered his most important work and one of the best complete compositions of the Beuron School of Art.
However, unfortunately, significant portions of the church were painted over in the course of the 1960’s.
In 1967 the two separate convents of choir nuns and lay sisters were brought together in one community. In accordance with the liturgical reforms of the Second Vatican Council the church's sanctuary and nuns' choir were re-designed. The solemn consecration of the new altar on September 7th, 1967 marked the completion of both projects.
In the Abbey website there is also a section of videos from various German TV programmes showing the Abbey and its nuns. It is on this page of the site.
Amongst the memorable videos is one of the nuns at work in full Benedictine habit on a construction site in the Abbey grounds driving what seems to be an excavator.(See this page. ) No airy fairy New Age mysticism in this Abbey !
There is also a section where you can hear the nuns singing two Antiphons : "O magne Pater" and "O aeterne Deus" of St Hildegard (See this page of the site.
Here are some photographs from the abbeys archive which show the Beuron school at its finest: 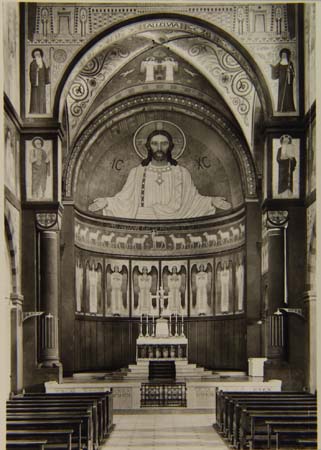 Apse of the Abbey Church in the 1920s 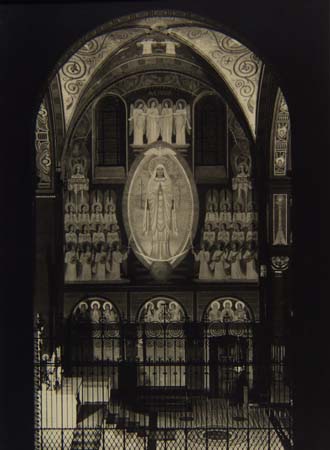 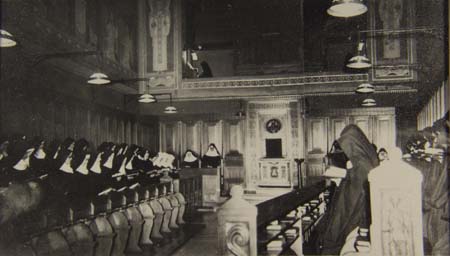 Choir of Sisters before the changes in 1967 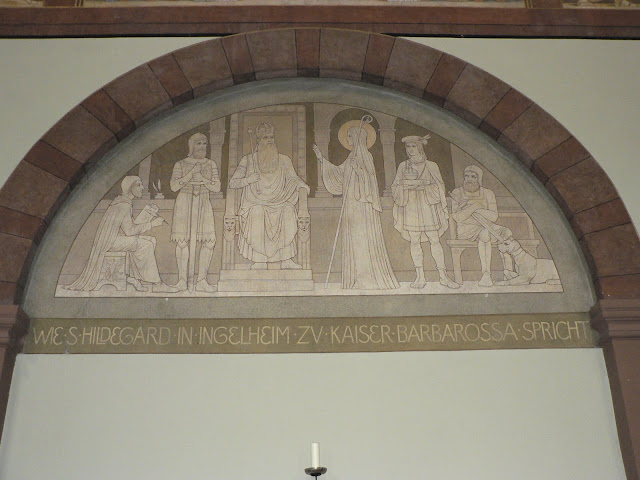 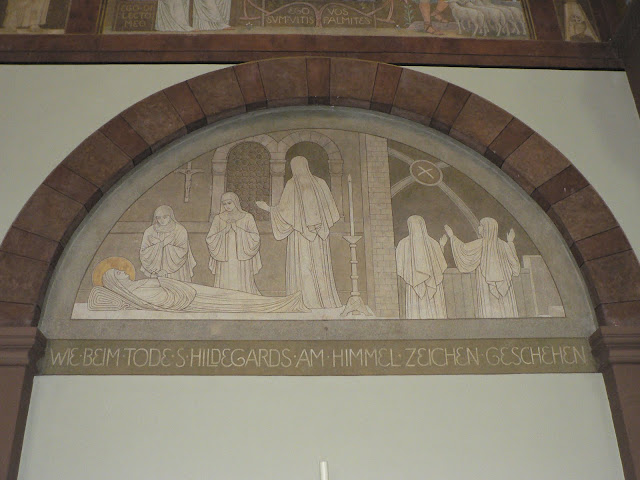 Beuron School.- Death of St Hildegard and the Ascension of her soul into Heaven
Posted by Unknown at 12:18 pm