Tanner and his religious vision 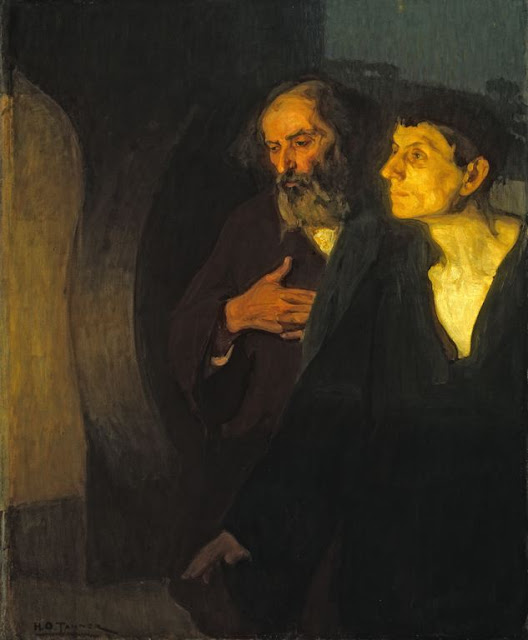 The Art Institute of Chicago, Chicago 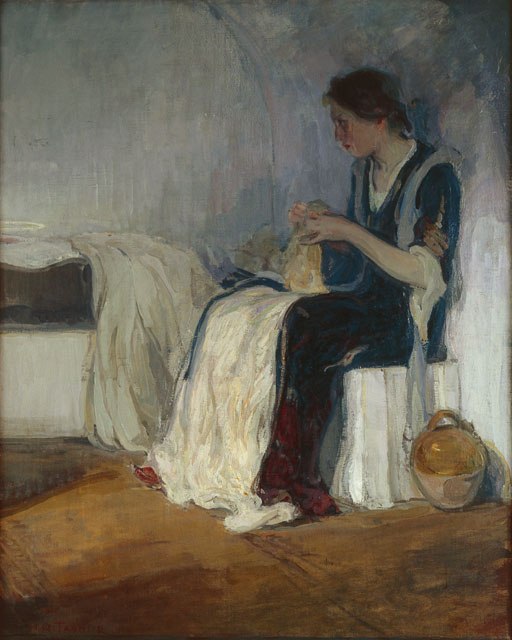 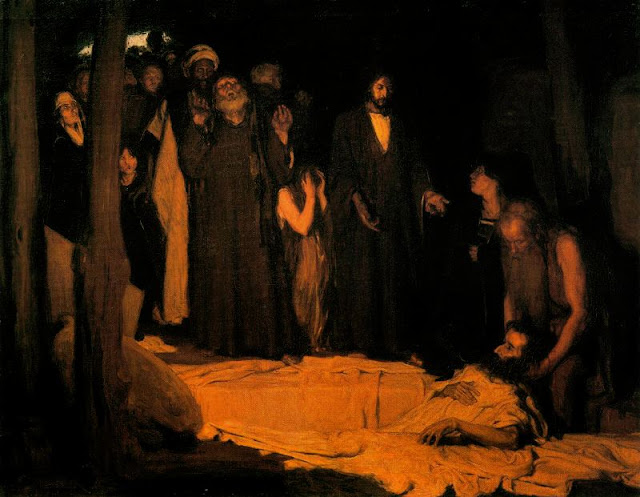 The Resurrection of Lazarus, 1896.

Tanner regarded his faith as central to his racial identity. His Christian faith appears to have been strong throughout his life.

Tanner was born on the eve of The American Civil War and before Emancipation,

He suffered racial discrimination. After the Civil War,the doctrine of "separate but equal" prevailed.

At the Pennsylvania Academy of Fine Arts he was the butt of shameless cruelty from fellow students. At 21, he was the first black person to enrol.

The American printmaker Joseph Pennell (1860-1926), a student at the Academy when Tanner arrived, wrote about Tanner in a subsequent memoir:

"Then he [Tanner] began to assert himself and, to cut a long story short, one night his easel was carried out into the middle of Broad Street and, though not painfully crucified, he was firmly tied to it and left there. " Joseph Pennell, The Adventures of an Illustrator: Mostly in Following His Authors in America and Europe (Boston: Little, Brown and Company, 1925), p. 54

Despite his pioneering stance as a black art student, racism continued to plague Tanner who, in his autobiography The Story of an Artist’s Life, wrote:

"I was extremely timid and to be made to feel that I was not wanted, although in a place where I had every right to be, even months afterwards caused me sometimes weeks of pain. Every time any one of these disagreeable incidents came into my mind, my heart sank, and I was anew tortured by the thought of what I had endured, almost as much as the incident itself."

Tanner left America to live in France in the early 1890s.

He found the French environment more accepting, writing from Paris :

"There is a breadth, a generosity, an obsolete cosmopolitanism about her recognition of the fine arts, which bars no nationality, no race, no school, or variation of artistic method. All she asks is that the art shall be true, in other words that it shall set forth life."

In an another note, he wrote:

"In Paris … no one regards me curiously. I am simply 'M. Tanner, an American artist.' Nobody knows nor cares what was the complexion of my forbears. I live and work there on terms of absolute social equality. Questions of race or color are not considered—a man's professional skill and social qualities are fairly and ungrudgingly recognized. No one who had not carefully observed the art world of Paris could have any clear idea of its broad and deep race admixture. When I began to study under [Jean-Joseph Benjamin-] Constant I found in the studios men of all nations and races under the sun—Muscovites and Tartars; Arabs and Japanese; Hindoos and Mongolians; Africans and South Sea Islanders—all working earnestly and harmoniously with students of the Caucasian race. It is so now, in greater degree and on even broader lines." Tanner quoted in William R. Lester, "Henry O. Tanner, Exile for Art's Sake," Alexander's Magazine 7, no. 2 (15 December 1908), p. 73.

Despite his residence in France, he continued to maintain his American nationality.

His Christian themes are compelling in their universal humanity.

It was in the European art world and in Biblical subject matter that Tanner found what he called "a perfect race democracy."