An Allegory of Purgatory 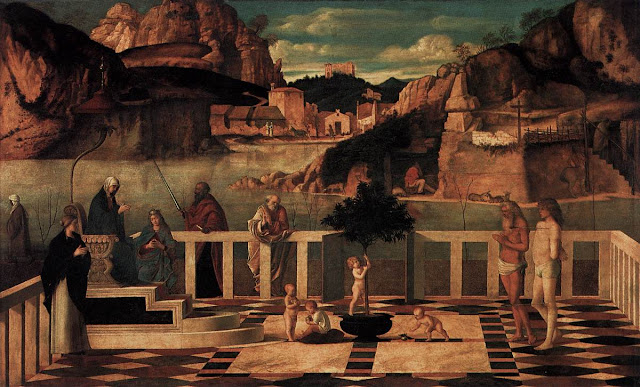 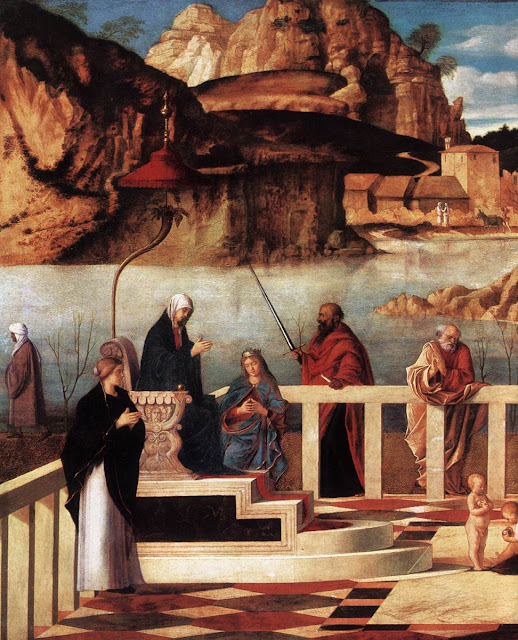 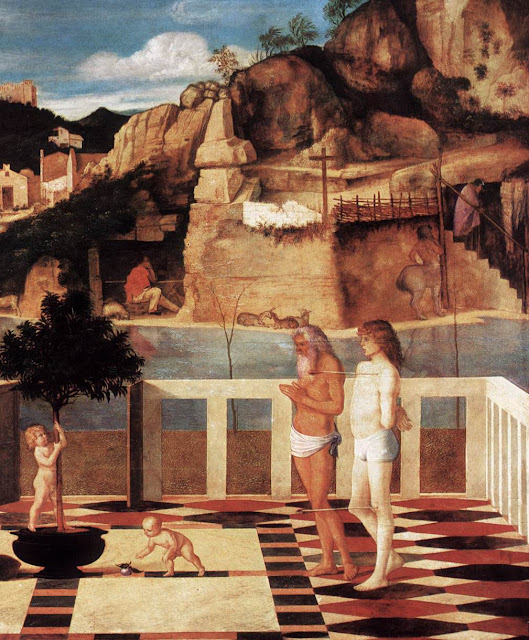 Sacred Allegory also known as The Allegory of Purgatory

The meaning of the representation of the painting is an unresolved question.

According to the various interpretations the painting would be seen respectively as:

(1) the pictorial representation of a French allegorical poem of the 14th century: the Pèlerinage de la Vie Humaine by Guillaume de Guilleville;

(4) the vision of Paradise;

(5) a meditation on the Incarnation.

At the moment the most favoured interpretation is the first. Guillaume de Deguileville was a Cistercian and writer. He entered the Cistercian abbey of Chaalis in 1316, at the age of twenty-one and eventually became its Prior.

The abbey of Chaalis - or what is left of it, for it is no more than a ruin nowadays - is in the diocese of Senlis, north of Paris

The work was inspired by le Roman de la Rose.

Deguilleville's narrator, ostensibly the author himself, relates a vision he experienced while asleep in his bed at the abbey. He dreams he is a pilgrim, who sees from afar the city of Jerusalem in a mirror. Greatly moved by the beauty of the sight he resolves to make a journey to the heavenly city.

His ensuing pilgrimage, on a literal level a dangerous journey into the unknown, is also an allegory of human life from birth to death and beyond.

In the second book, the Pèlerinage de l'âme, the pilgrim's soul is judged according to its actions during life. Escorted to Purgatory by its guardian angel, it witnesses both the horrors of hell and bliss of heaven.

At the end of this book the author/narrator, still in his bed, is wakened by a burst of divine light at midnight, having learned a salutary lesson in the principles of Christian life.