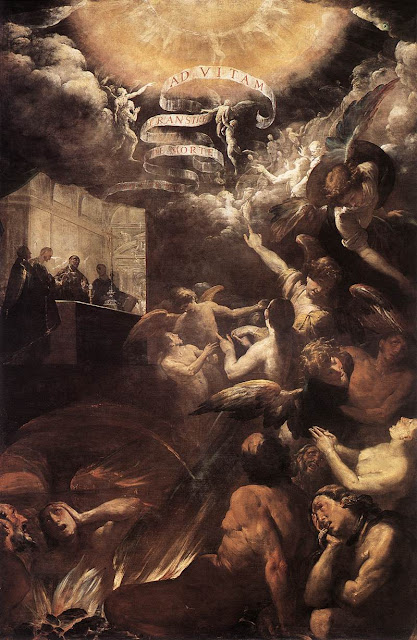 St Gregory Delivers the Soul of a Monk 1617

Crespi (called "Il Cerano") was head of the Milanese Academy founded by Cardinal Frederigo Borromeo, and he was the teacher of Guercino.

His art was in the vanguard of the Catholic Reformation.

The doctrine of Purgatory was one of the main divisions at the Reformation. The Catholic position was restated with clarity at the Council of Trent.

Gregory's Dialogues (4:40) tell of a monk from whom the last rites were withheld by his abbot because he was found to have hidden, three gold coins in his cell.

By his prayers it is said that Gregory secured the release of the monk's soul from purgatory.

Angels are seen to carry the monk's soul to heaven.