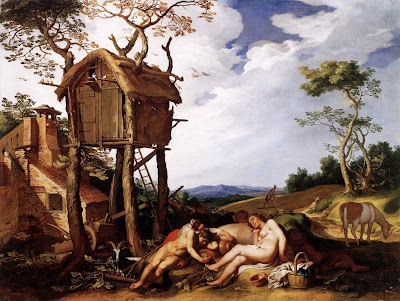 Landscape with the Parable of the Tares among the Wheat 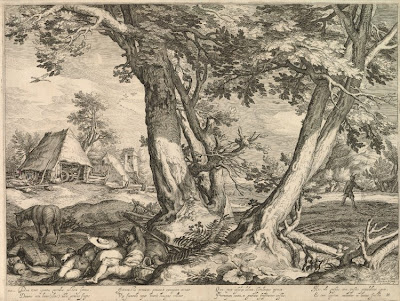 After Abraham Bloemaert Landscape with the parable of the Tares 1605 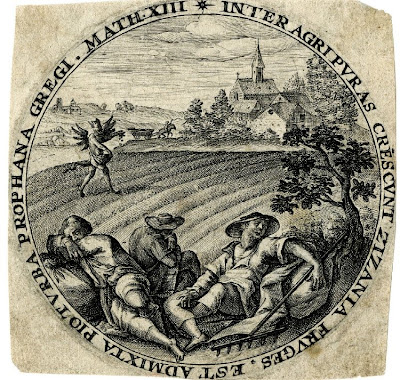 Parabolarum: The parable of the Tares 1604 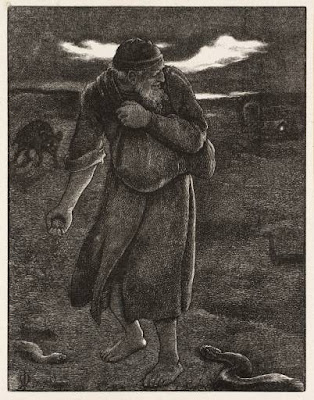 From Illustrations to `The Parables of Our Lord', engraved by the Dalziel Brothers 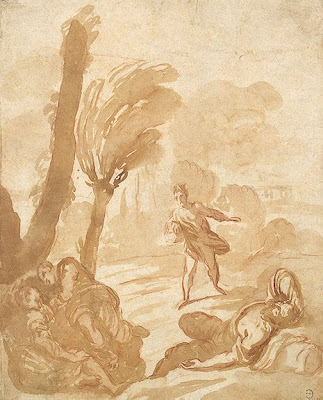 First quarter of the 17th century

"There is another aspect of St John Leonardi's spirituality that I would like to emphasise.

On various occasions he reasserted that the living encounter with Christ takes place in his Church, holy but frail, rooted in history and in its sometimes obscure unfolding, where wheat and weeds grow side by side (cf. Mt 13: 30), yet always the sacrament of salvation.

Since he was clearly aware that the Church is God's field (cf. Mt 13: 24), St John was not shocked at her human weaknesses.

To combat the weeds he chose to be good wheat: that is, he decided to love Christ in the Church and to help make her, more and more, a transparent sign of Christ. He saw the Church very realistically, her human frailty, but he also saw her as being "God's field", the instrument of God for humanity's salvation. And this was not all.

Out of love for Christ he worked tirelessly to purify the Church, to make her more beautiful and holy. He realized that every reform should be made within the Church and never against the Church

In this, St John Leonardi was truly extraordinary and his example is ever timely. Every reform, of course, concerns her structures, but in the first place must have an effect in believers' hearts. Only Saints, men and women who let themselves be guided by the divine Spirit, ready to make radical and courageous decisions in the light of the Gospel, renew the Church and make a crucial contribution to building a better world."