Tomb of an Anti-Pope 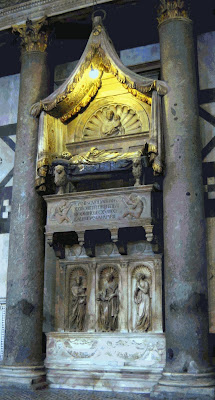 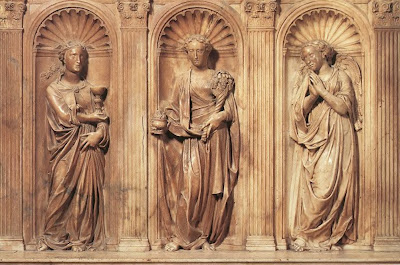 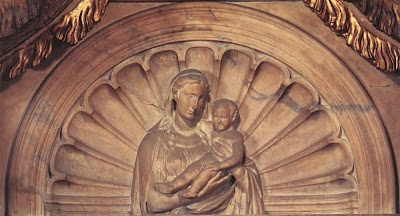 One of the interesting monuments in the Baptistry of Florence is the Tomb of Anti-Pope John XXIII.

The Funeral Monument to Anti-Pope John XXIII (Cardinal Baldassare Cossa , born c.1370; died 1419) was the result of a cooperation between Donatello and Michelozzo. The overall design is from Donatello, but in the execution he was heavily assisted by Michelozzo.

The bronze effigy is certainly by Donatello, the marble reliefs of the Madonna with Child and the Virtues are by Michelozzo

Cossa reisgned at the Council of Constance as part of the efforts to repair the Schism which had rent the Church at that time.

Anti-pope John XXIII was friend to and giver of much monopoly church business to Giovanni di Bicci (who founded the Medici bank in 1397) and his son Cosimo. The tomb was organised and paid for by the Medicis.