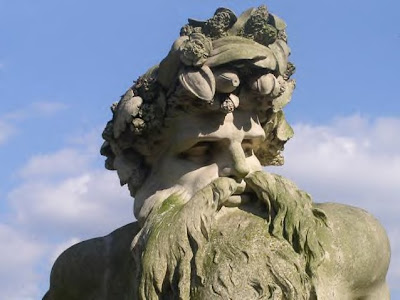 Coade stone was a ceramic material that has been described as an artificial stone.

It was first created by Mrs Eleanor Coade (Elinor Coade, 1733-1821), and sold commercially from 1769 to 1833. The building boom in London, at this time, led to a high demand for ornate features to decorate and adorn brick-built Georgian houses.

Its surface is best described as having a matte finish.

One of the more striking features of Coade is its incredible weathering resistance, and examples of Coade stonework have survived very well; prominent examples listed above have survived without any apparent wear and tear even after 150 years.

Other examples include the pediment of the Old Royal Naval College, Greenwich.
Posted by Unknown at 5:55 pm