Portugal and the Immaculate Conception 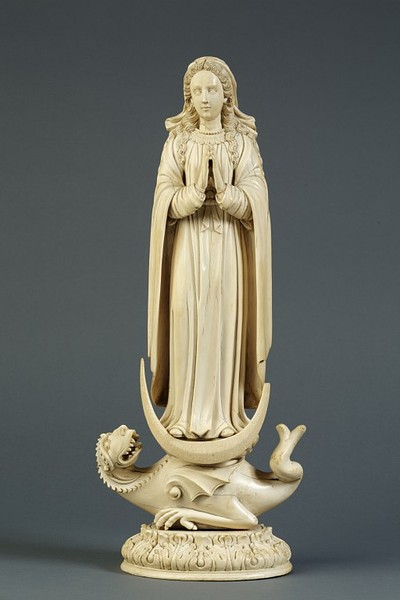 Virgin of the Immaculate Conception

Probably made in either Goa or Sri Lanka

The Victoria and Albert Museum, London

The Virgin in long robes, her hands together in an attitude of prayer, stands on the crescent moon above a dragon, which turns its head to look up at her. The ivory base is decorated with a leaf pattern; the figure stands on a black wooden base.

Ivory sculptures were locally produced in large numbers for an European clientele, and their style of carving combines Indian or Sri Lankan with European traditions. 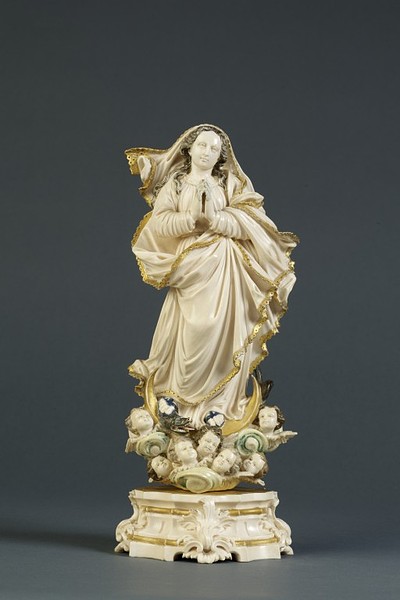 The Virgin of the Immaculate Conception

Made in Portugal or one of its Eastern colonies (Goa)

The Victoria and Albert Museum, London 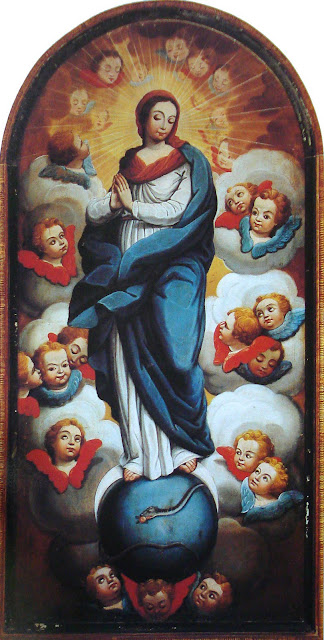 The Blessed Virgin Mother under the invocation of the Immmaculate Conception (Imaculada Conceição)(venerated in the Ducal Chapel of the Palace of Vila Viçosa) was acclaimed "Queen" and Patroness of the kingdom by King John IV on March 25, 1646 following a referendum of the Empire that lasted 6 years.