The Immaculate Conception of the Virgin Mary 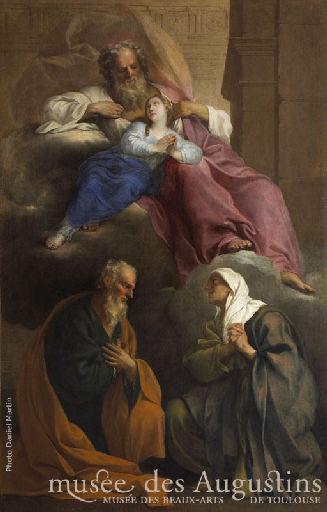 This is an interesting work from the Musée des Augustins, in Toulouse

The works in the chapel all had a Marian/Carmelite theme: the Birth of the Virgin; the Annunciation; the Visitation; the Purification; the Presentation at the Temple; the Vision of Elias; the Council of Ephesus

After the death of St. Teresa of Avila, a few Spanish Carmelites came to France in 1604, and established the first Reformed Carmel in Paris. Several foundations were then made from the Carmel of Paris. In 1610, one of the Spanish Carmelites went to Bordeaux, where she founded the seventh Carmel of the Reform in France.