Piazza of Trinità dei Monti with Scalinata ("the Spanish Steps")

This year was no exception.

The Pope said, "Hearts harden and thoughts darken" with a daily diet of the news media in which "evil is recounted, repeated, amplified, accustoming us to the most horrible things, making us become insensitive and, in some way, intoxicating us, because the negative is not fully disposed of and accumulates day after day."

Because of this, the pope said, "the city has need of Mary, who with her presence speaks to us of God, reminds us of the victory of grace over sin, and induces us to hope."

So let us look at brighter things. Where the Pope spoke is one of the sights of Rome - one of the "must sees". Let us recount briefly the history of the site: a good "thing" not evil. Its beauty has drawn many to it throughout the ages. It also speaks of the great achievement of mankind when its will is focused on good and beauty. It is about a Church on a hill. And the means to get to it.

With money obtained from King Charles VIII of France, in 1494 Saint Francis of Paola, a hermit from Calabria bought a vineyard from the Papal scholar and former patriarch of Aquileia, Ermolao Barbaro, and then obtained the authorisation from Pope Alexander VI to establish a monastery (the order of the convent was called the Minims).

In 1502, Louis XII of France began construction of the church of Trinità dei Monti next to this monastery

The church was consecrated in 1585 by Pope Sixtus V

In the 1580s Pope Gregory XIII decided on constructing a stair to the recently-completed façade of the French church. However nothing was done until the beginning of the eighteenth century. The French diplomat Étienne Gueffier bequeathed funds of 20,000 scudi for the project

Van Wittel`s depiction shows how the area looked before the construction. 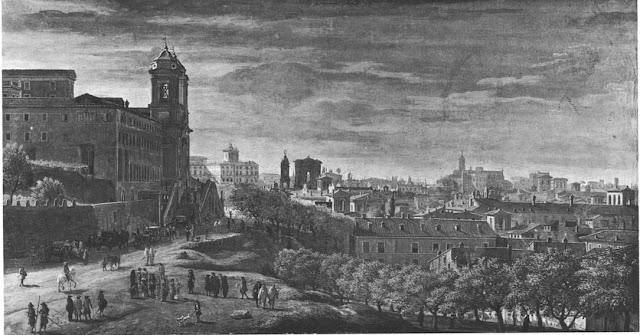 View of Piazza of Trinità dei Monti, Rome on the North 1683

In 1717 a competition was held for the design of the Scalinata and until recently scholars thought that it had been won by Alessandro Specchi (1668-1729).

First there is drawing of the area in 1699 showing the piazza and the palace in the background. Next is shown his pen and ink project. 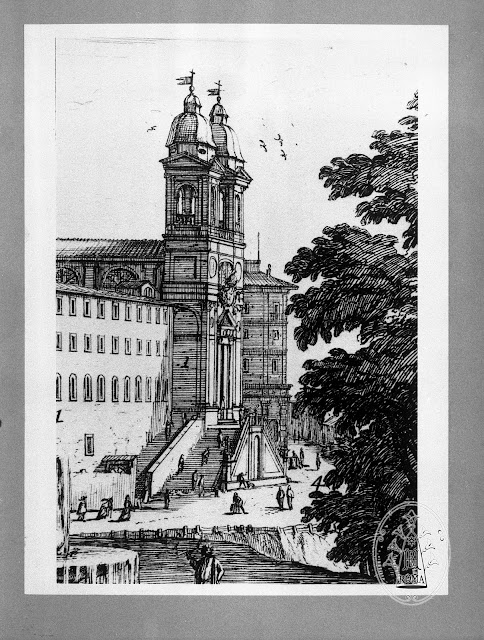 Santissima Trinità dei Monti with Palazzo Zuccari in the Background 1699 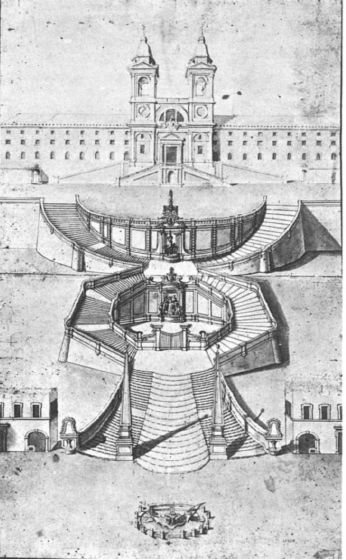 However it now appears that it was the design of the little known Francesco de Sanctis who was the preferred architect of the French. De Sanctis' drawing was engraved by Girolamo Rossi in 1726 with a long dedication to Louis XV. See below. 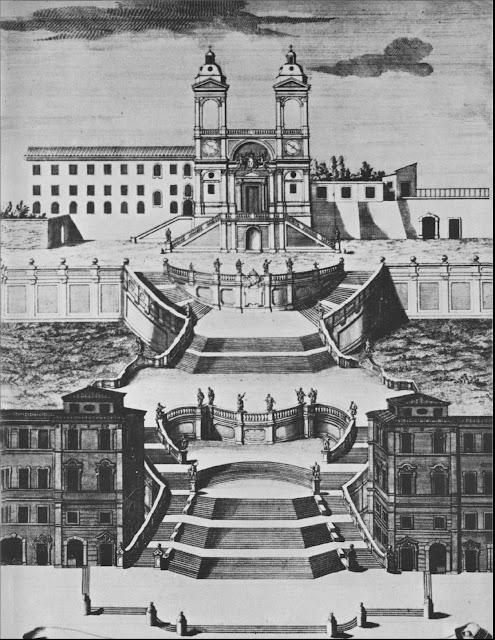 The Scalinata was competed in 1725 It became an attraction to Romans and tourists alike. Panini`s depiction illustrates the new attraction and the interest in it. As does the engraving by Piranesi also below

The Scalinata is the longest and widest staircase in Europe. 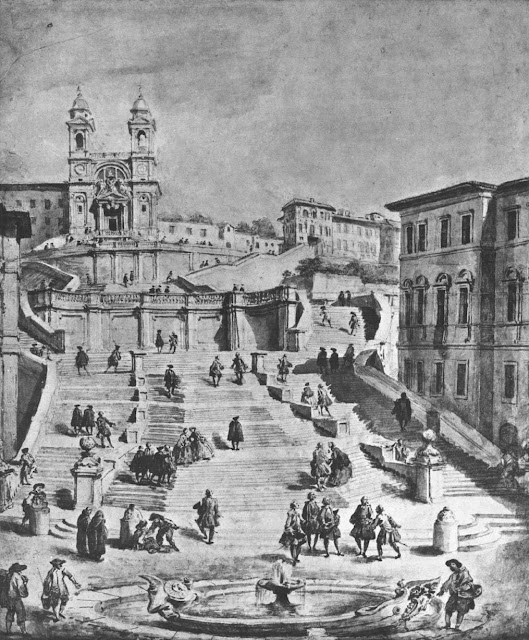 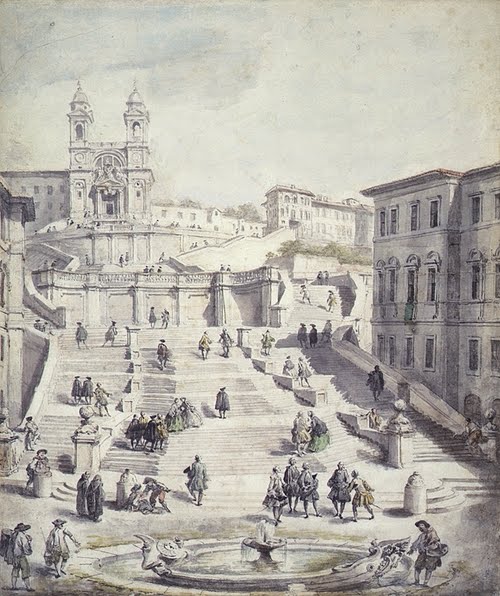 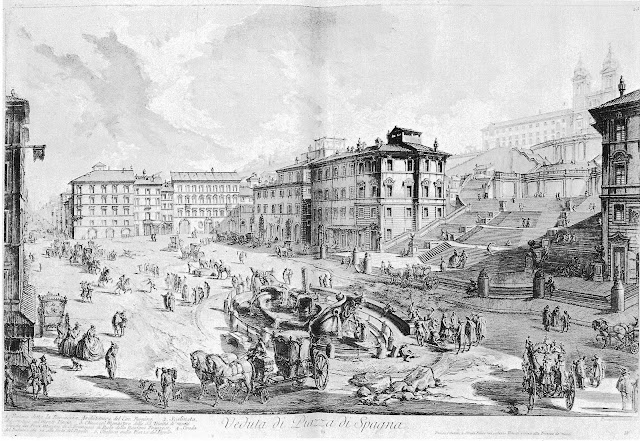