Italian “James Bond” to be Beatified 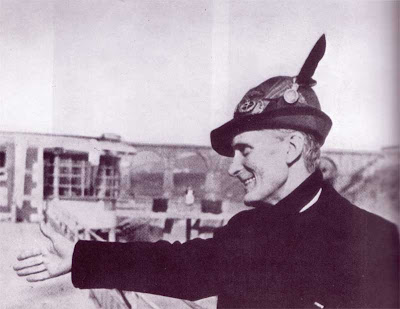 He was ordained as a priest of the Ambrosian diocese in 1925.

An assistant to the oratory for some years, he was then named spiritual director of the Gonzaga Institute in Milan run by the Brothers of the Christian Schools.

When war broke out, he enlisted as a volunteer chaplain, first on the Greek-Albanian front, and later – with the Alpine troops – for the Russian campaign. In January 1943, during the retreat of the Italian contingent, he was spared.

It was during this time that he came into contact with the OSS (the Office of Strate¬gic Services, the forerunner of the American CIA).He supplied information to the organisation then headed by Allen Dulles in Berne. Before the war he was arrested by the Fascists for espionage but thanks to the intervention of Cardinal Schuster he was released. After the War, the American consul at Lugano declared that the priest had rendered important service during the War.

As he was working to help the wounded and dying Alpine soldiers, and hearing their last prayers, he decided to organize a major charitable endeavour, which when the war was over, was put into effect into the Pro Juventute Foundation. This Foundation now has places all over the world.

He died on February the 28th 1956. His final prophetic gesture was to donate his corneas to two blind children, at a time when organ transplants were not yet regulated by law in Italy.

A film has been made of his life.

Who said that being a priest or a saint had to be boring ?

For the wartime services of Don Gnocchi see Avvenire: Don Gnocchi, 007 per la Resistenza (Italian only)