The Charity of St John Of God

St John of God is shown carrying a poor but heavy man on his back. It is a night scene and there is no other light than from the Angel Gabriel who suddenly appears to help the Saint carry the beggar. The drama rests in the gaze between the Angel and the Saint

The saint (1495-1550) was and is a popular saint and is the patron saint of hospitals, the sick, nurses, firefighters, alcoholics, and booksellers 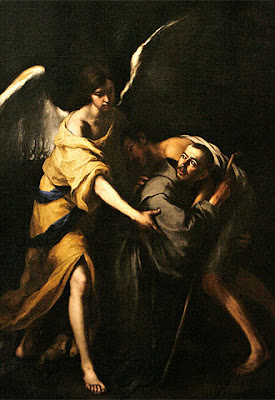