Charity in Truth, a Synthesis 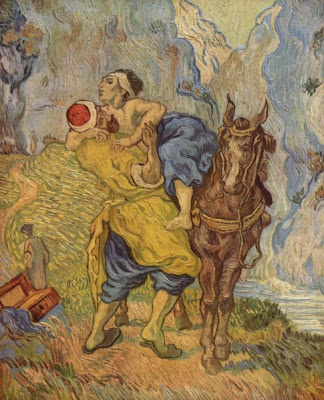 Those looking for a proper summary of this long dense and multi-layered Encyclical might like to look at that offered by Vatican Radio: Charity in Truth, a Synthesis

Vatican Radio (English language services) also provides a number of recordings of talks on the Encyclical. See Vatican Radio (English services) including talks by Sr Helen Alford the Dean of the Social Sciences Faculty at the Pontifical University of Saint Thomas, and by Kishore Jayabalan, the Rome Office Director of the Acton Institute for the Study of Religion and Liberty

Rather disapppointingly, in New sins, new virtues, The Economist magazine has only a short summary devoted to the Pope`s new Encyclical.

In so far as it goes it is quite admirable. Hopefully a more considered and longer article on the Encyclical will follow.

“GLOBALISATION, technology and growth are in themselves neither positive or negative; they are whatever humanity makes of them. Summed up like that, the central message of a keenly awaited papal pronouncement on the social and economic woes of the world may sound like a statement of the obvious.

But despite some lapses into trendy jargon, Caritas in Veritate (Charity in Truth), a 144-page encyclical issued by Pope Benedict XVI on July 7th, is certainly not a banal or trivial document. It will delight some people, enrage others and occupy a prominent place among religious leaders’ competing attempts to explain and address the problems of an overheated, overcrowded planet. ...

Pope Benedict, for all his concern with cosmic issues, is certainly not watering down his insistence on old-fashioned religious virtues, including caution and sobriety. On many big public questions, he proposes a middle course between faith in scientific progress and nostalgia for a simpler past. People cannot expect to avoid the extremes, Benedict rather provocatively adds, when they are looking at the world through purely secular spectacles. “When nature, including the human being, is viewed as the result of mere chance or evolutionary determinism, our sense of responsibility wanes,” he argues ...

Encyclicals are the heaviest ammunition in the papacy’s intellectual arsenal. This one was delayed for more than two years as the Vatican’s thinkers struggled to keep abreast of developments in the world economy. But the original purpose has remained intact: to offer a Catholic response to a global marketplace that in Benedict’s elegant turn of phrase, “makes us neighbours but does not make us brothers.”

The document accepts the legitimacy of markets or profits, as long as they are not idolised, or elevated far above the human beings who are affected by economic decisions. But Benedict’s proposal for discerning the difference between healthy markets and pathological ones is uncompromising and offers no sops to the secular. An economy, he suggests, is working well when it allows individuals and societies to fulfil themselves in every way—something that in his view can happen only when God is involved.

The encyclical grafts this ideal of development in the service of God and man onto an insistence on Catholic morality in ethics. As Austen Ivereigh, a British Catholic writer, puts it, “the message is that you can’t believe in social justice if you also believe in abortion and euthanasia.” Giving short shrift to non-believers, the pope also argues that without “truth” in the Christian sense, “there is no social conscience and responsibility, and social action ends up serving private interests and the logic of power.” This purist approach may risk narrowing the scope for the sort of tactical co-operation between believers and secularists that is emerging on many fronts, from the fight against malaria to weaning the world off hydrocarbons. ...

Benedict finds the roots of the economic crisis in wickedness. The global recession, he argues, is merely the latest effect of a tendency to confuse happiness and salvation with prosperity. But economic activity “cannot solve all social problems through the simple application of commercial logic”. And the market should not be a place “where the strong subdue the weak”.”
Posted by Unknown at 11:56 am