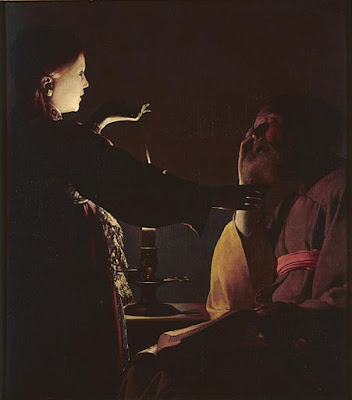 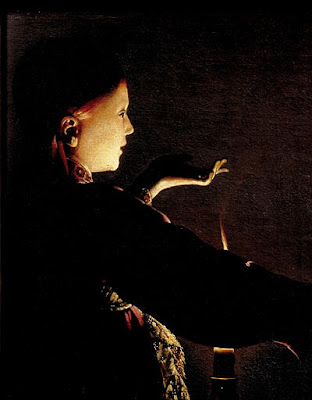 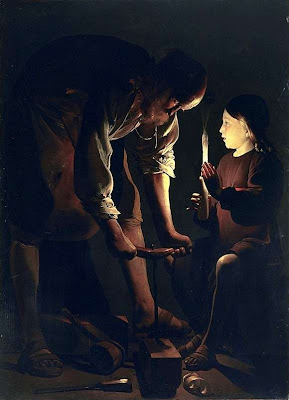 De LaTour`s paintings reflect the Baroque naturalism of Caravaggio, but this probably reached him through the Dutch Caravaggisti of the Utrecht School and other Northern (French and Dutch) contemporaries.

He was involved in a Franciscan-led religious revival in Lorraine, and over the course of his career he moved to painting almost entirely religious subjects.

He and his family died in 1652 in an epidemic in Lunéville.

After his death in 1652, La Tour's work was largely forgotten until rediscovered by Hermann Voss, a German scholar, in 1915.