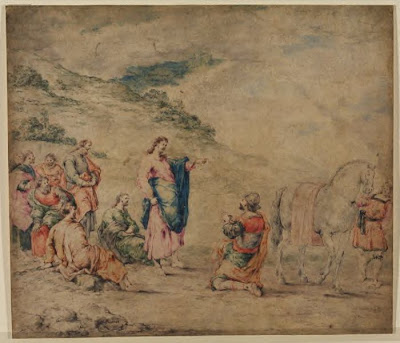 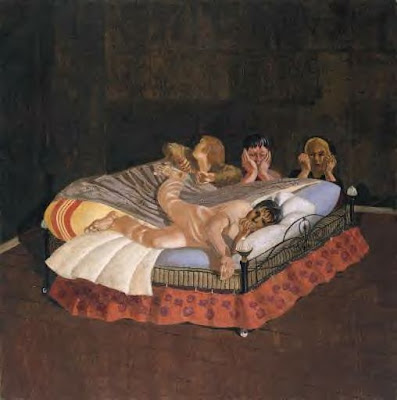 Members of his family were the models for the other characters.

Spencer was influenced by an event related by his mother: Cookham villagers praying round the bed of a dying man. The sick person suddenly recovered, healed by Christ from a distance.

One of the people praying half turns his head as if he felt the arrival of this happiness.
Posted by Unknown at 11:56 am