The Coronation of Pope Paul VI 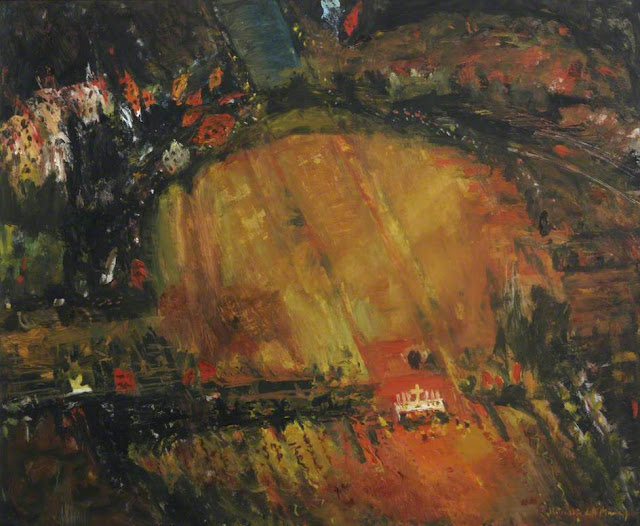 
On 30th June 1963, the now Venerable Pope Paul VI  was crowned Pope in a ceremony which began in the late afternoon and continued onto the evening.

It was the last "coronation". We now have an inauguration. Instead of a crown, there is the bestowal of a pallium Some months after his coronation he sold his crown for charity

An estimated 100,000 packed the Square. It was the first time that a papal coronation had taken place outdoors for over a hundred years

It was watched live by millions all over Europe through live broadcast television.

It is difficult now to appreciate the significance of the event.

But Pope Benedict XVI appears to hold him in high esteem and affection. He constantly quotes him. One of his encyclicals Caritas in Veritate  is an enconium to Paul`s social teaching especially Humanae Vitae, Paul`s most notorious and perhaps most unpopular statement of Church teaching

Just how much he regards Paul VI can be seen from one of the present Pope`s homilies. On his pastoral visit to Brescia he quoted at length extracts from Paul VI`s Pensiero alla morte


"" I could say", he writes, "that I have always loved her [the Church]... and that it seems to me I have lived for her and for nothing else; but I would like the Church to know it".

These are the accents of a palpitating heart and he continues:

"Lastly, I would like to understand her fully, in her history, in her divine plan, in her final destiny, in her complex, total and unitary composition, in her human and imperfect consistence, in her adversities and her sufferings, in her weakness and in the wretchedness of so many of her children, in her less sympathetic aspects and in her eternal aspiration to fidelity, love, perfection and charity. The Mystical Body of Christ".

"I would like", the Pope continues, "to embrace, greet her and love her in every being of whom she is made up, in every Bishop and priest who serves and guides her, in every soul who lives and illustrates her; I would like to bless her".

Moreover, his last words were to her, as to the bride of his whole life:

"And what shall I say to the Church, to whom I owe everything and whom was mine? May God's Blessings be upon you; may you be aware of your nature and your mission; may you have a sense of humanity's true and profound needs; and walk in poverty, in other words free, strong and in love with Christ".

What can be added to such lofty and intense words?"