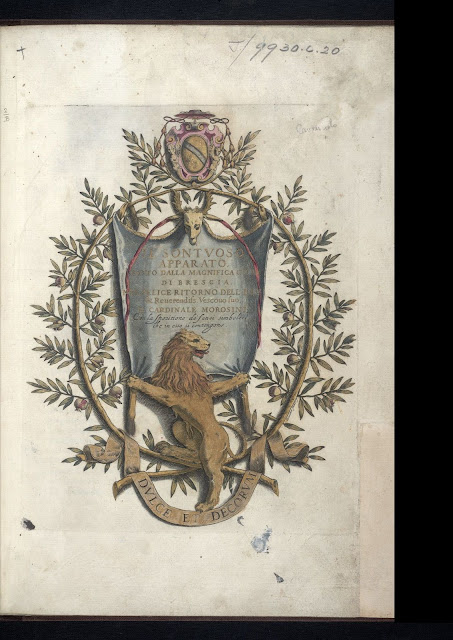 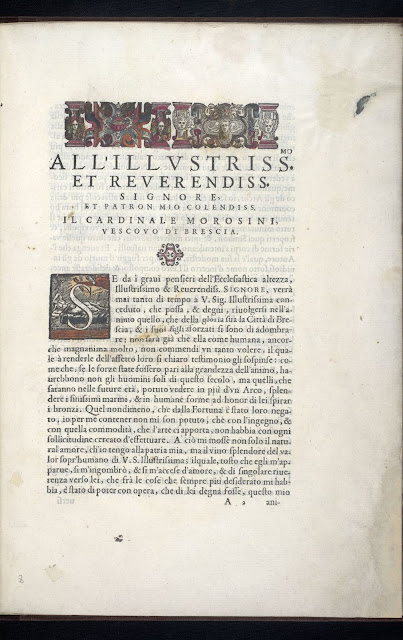 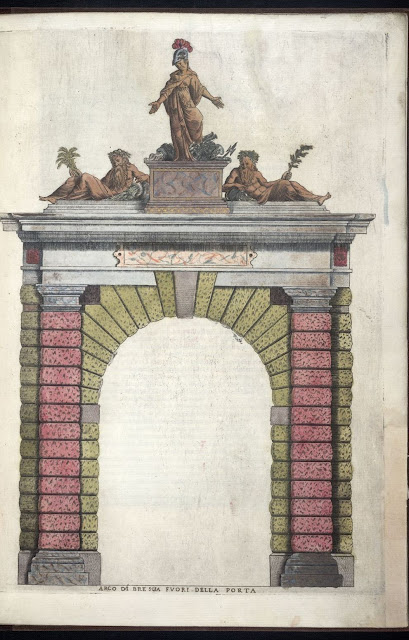 The Arch of Brescia: one of the six triumphal arches on the processional route


Nowadays if a bishop, archbishop or even cardinal returns from a trip abroad, he is lucky if his assistant is waiting for him at the train station or airport with a trolley for his luggage to take to the car. After crawling through rush hour traffic, he will arrive at his home. If he is late, he might be lucky to find a note telling him how he should prepare his supper

Things appear to have been very different during the Renaissance

He was from a noble and distinguished Venetian family

He had many postings in the Venetian diplomatic service including to the Court of Sultan Amurat III of Constantinople. The Sultan once seriously threatened the diplomat Morosini with decapitation after a Venetian raid on Corfu. Like a true diplomat he talked his way out of that situation

In September 1585 he was ordained and elected Bishop of Brescia. In 1588 Pope Sixtus V appointed him a cardinal

As bishop he did not neglect his religious duties. He is buried in the Cathedral at Brescia. In his wil he left all his property to be divided amongst the Hospital and the poor of Brescia

Included in the Book are: a detailed description of the election of those responsible for the festivities and the process of designing and building the six triumphal arches designated for the triumphal parade; celebratory poems; poems of the various arches and symbols specially built for the parade and a description of their meaning

There are over 2,000 such books  in the British Library's collection.

They describe the magnificent festivals and ceremonies that took place in Europe between 1475 and 1700 - marriages and funerals of royalty and nobility, coronations, stately entries into cities and other grand events

Events described on the website of the British Library include

the Accession of Pope Paul III. in 1534;
the Joust held in the Vatican for the wedding of Jacopo Annibale Altemps and Ortensia Borromeo in 1565;
the Entry into Rome of Marc'Antonio Colonna, commander of the Christian forces at the Battle of Lepanto in 1571; and
the Visit  to Pope Gregory XIII by four Christian Japanese princes: Ito Mancio, Chijiwa Miguel, Nakamura Julian and Hara Martinho in March, 1585