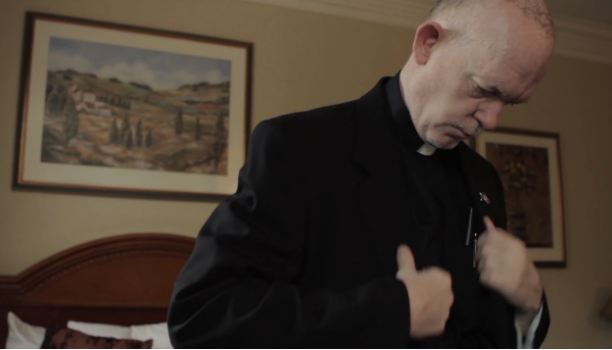 Alessandra Ram in The Atlantic reports on an  art philanthropist

"A connoisseur of art, Father Arthur Scott dresses in all black, his ensemble complete with a clerical collar and Jesuit pin on his lapel. Collector Steven Gardiner has been applauded for his museum donations in the name of deceased family members. But it is Mark Landis, the 57-year-old Mississippi native behind both of these nonexistent personalities, who refers to himself as a “philanthropist.”

Directed by Terri Timely and produced by Brady Welch and Sophie Harris, the documentary below profiles an ingenious oddity, a man who has managed to dupe nearly 50 regional art institutions into accepting forged artwork (there are several museums that remain unaware that they have been tricked)"