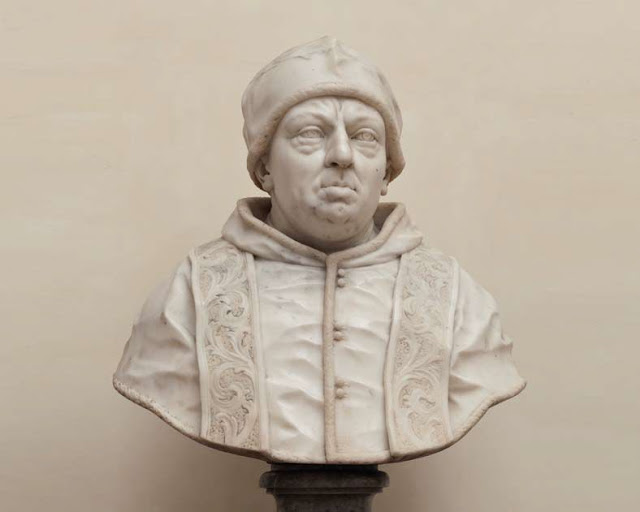 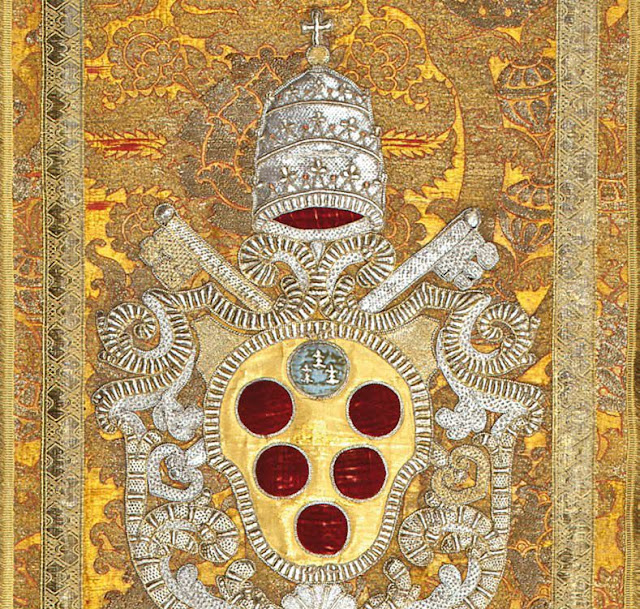 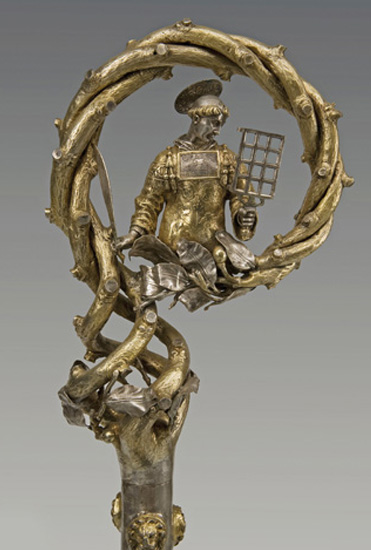 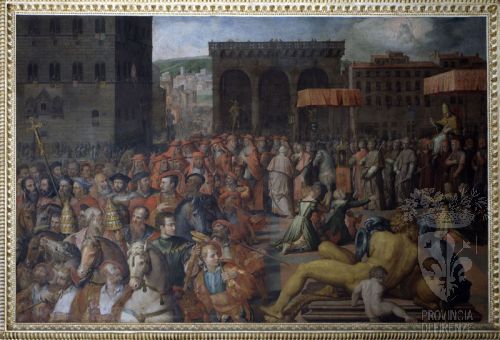 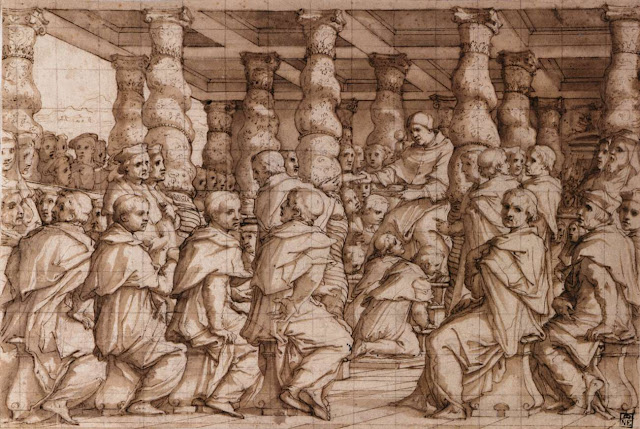 
2013 will mark a number of anniversaries. One will be the five hundredth anniversary of the election of Pope Leo X on 11th March

But as far as the Church is concerned, I suspect that the anniversary will be a rather quiet affair.

"The only possible verdict on the pontificate of Leo X is that it was unfortunate for the Church.

Sigismondo Tizio, whose devotion to the Holy See is undoubted, writes truthfully:

"In the general opinion it was injurious to the Church that her Head should delight in plays, music, the chase and nonsense, instead of paying serious attention to the needs of his flock and mourning over their misfortunes".

"Leo X is in great measure to blame for the fact that faith in the integrity and merit of the papacy, in its moral and regenerating powers, and even in its good intentions, should have sunk so low that men could declare extinct the old true spirit of the Church." "

At the time of his pontificate, the Medici spin was that his pontificate was a new "età dell'oro" , a Golden Age. There was certainly a lot of gold and bling

After the downfall of Savonarola, the then Cardinal Giovanni de' Medici took control of the city in September 1512. He then became Pope in 1513. Shortly after was his triumphal visit to Florence.

On 4 November 1515, Leo X officially assigned his sister-in-law Alfonsina Orsini the planning of his ingresso

There is a short description of the Entrata and other related matters in Appropriating the instruments of worship: the 1512 Medici restoration and the Florentine cathedral choirbooks by Marica S Tacconi in Renaissance Quarterly  June 22, 2003

"It may be helpful here to consider the issue as it relates to the production of another body of civically and politically inspired art, the ephemeral structures created for the Florentine entry of Giovanni de' Medici

His sumptuous ingresso on 30 November 1515, feast day of St. Andrew, was an event of spectacular proportions and of great symbolic significance.

Aimed at honouring the pope but, at the same time, at manifesting a solid political relationship between Florence and Rome,  the streets and squares of Florence were punctuated by grandiose and elaborate temporary structures--twelve triumphal arches and five symbolic monuments--each carrying a vivid allegorical painting of Victory leading an army. and political message.

In her thorough study of Leo X's ingresso, Ilaria Ciseri addresses the complex and crucial issue of the commission and design of these structures. While she considers the role played by some individuals and by several civic and administrative institutions--the pope's sister-in-law (Alfonsina Orsini) and the Opera del Duomo, among them--she ultimately concludes that the iconographic programs displayed by the ephemeral structures were in great part the direct creative product of the most experienced artists.

[Ciseri, 40-42. Among others, Ciseri cites Domenico and Ridolfo Ghirlandaio Andrea del Sarto, Baccio Bandinelli, and Iacopo Sansovino as some of these artists. Shearman, 1975, proposes Jacopo Nardi as the possible iconographer ]

One of the triumphal arches marking the path of his Florentine ingresso included an image of Leo's father Lorenzo and was inscribed with the words pronounced by God at the baptism of His Son--"Hic est filius meus dilectus"  One contemporary writer reports that, upon viewing the arch with the image of his father and the Latin inscription, the pope was moved to tears:

"Then he [Leo X] came to San Felice. in Piazza, where he found the second arch, where there was the image of Lorenzo his father with a motto that read Hic est filius meus dilectus, which, having been viewed and read by His Holiness he was seen crying a good deal."

Entering the city on the day of St. Andrew, the beginning of the liturgical year, may have been carefully planned and aimed at underscoring the theme of renewal: a new Golden Age for the Medici dynasty and a new beginning for the city of Florence ...

On the 24th December Leo X came to Vespers in Santa Maria del Fiore, and here he celebrated a solemn Vespers. Torches of white wax, each weighing three libre were lit throughout the church and remained lit from the beginning to the end of Vespers. It is estimated that there were a thousand or more torches. The whole church was full of these torches, that is the galleries that are inside this church . . . and also the entire choir was full of torches. The church was also decked with hangings and adorned in the same way it was when the Pope entered Florence the first time.

And later, on the 25th, which was the morning of Christmas, the Pontiff came again to Santa Maria del Fiore and here celebrated the last Mass, since on that  morning it was customary in all churches to celebrate three Masses. . . . The Pontiff himself celebrated this last Mass; and there were all the cardinals and all the archbishops and bishops; and at this Mass all the above mentioned torches were lit, as they were the day before at Vespers."

For other accounts of the Entrata see