The Vocation of the Prophet 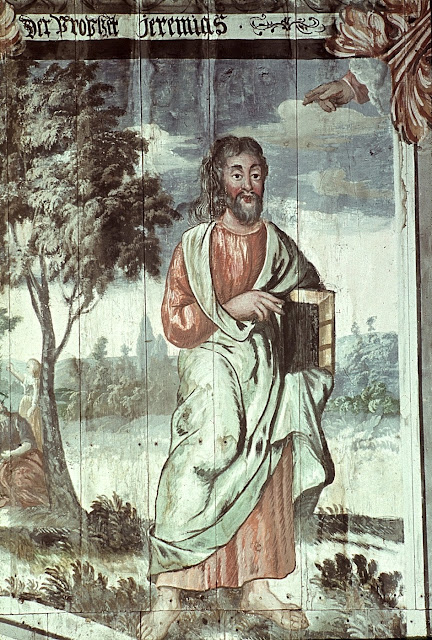 Christoph Passargius
The Prophet Jeremiah
From Szenen aus dem Alten und dem Neuen Testament sowie die vier großen Propheten
c.1703
Evangelische Pfarrkirche, Kumehnen
Jeremiah has a bad popular press. In English a jeremiad is "a lamentation; a mournful complaint"
However when he was called by God as a prophet in 626 BC, his demeanour was more joyful
In Jeremiah 1, he describes how he was called by God to become a prophet.

"The Call of Jeremiah
4 The word of the LORD came to me, saying,
5 “Before I formed you in the womb I knew you,
before you were born I set you apart;
I appointed you as a prophet to the nations.” 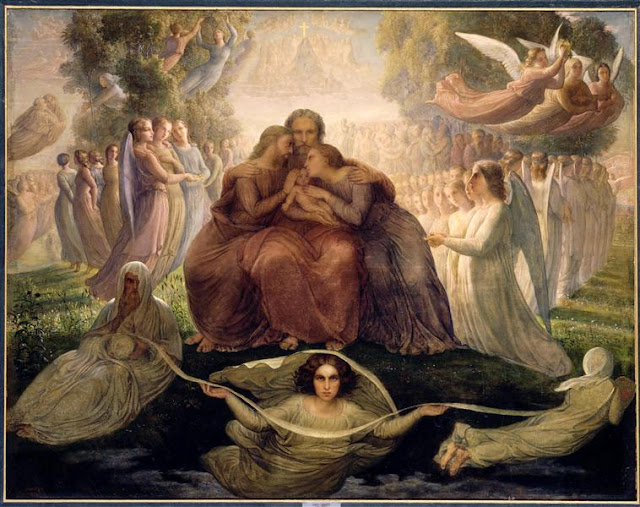 6 “Alas, Sovereign LORD,” I said, “I do not know how to speak; I am too young.”
7 But the LORD said to me, “Do not say, ‘I am too young.’ You must go to everyone I send you to and say whatever I command you. 8 Do not be afraid of them, for I am with you and will rescue you,” declares the LORD.
9 Then the LORD reached out his hand and touched my mouth and said to me, “I have put my words in your mouth. 10 See, today I appoint you over nations and kingdoms to uproot and tear down, to destroy and overthrow, to build and to plant.” 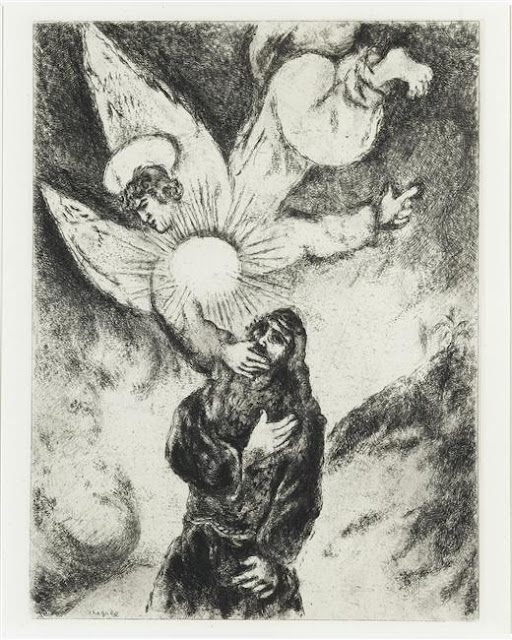 11 The word of the LORD came to me: “What do you see, Jeremiah?”
“I see the branch of an almond tree,” I replied.
12 The LORD said to me, “You have seen correctly, for I am watching to see that my word is fulfilled.” 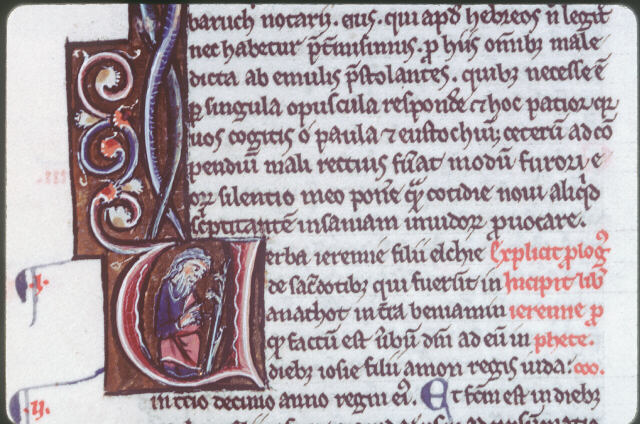 Jeremiah and the Vision of the Almond Branch
From the Letter "U" in the Book of Jeremiah
13th century
Illuminated Bible manuscript
Orléans - BM - ms. 0012 f. 211

“I see a pot that is boiling,” I answered. “It is tilting toward us from the north.” 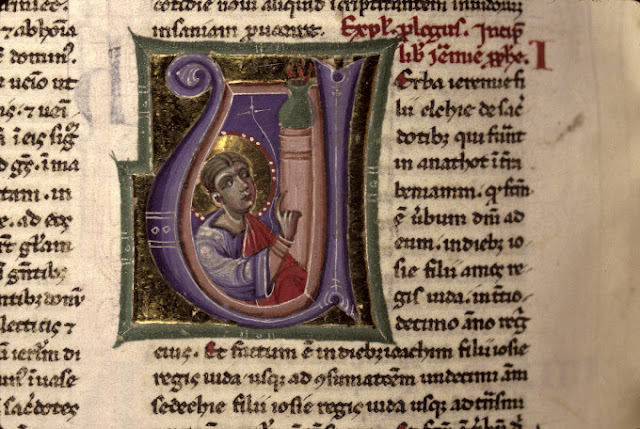 Jeremiah and the Vision of the Boiling Pot
From the Letter "U" in the Book of Jeremiah
13th century
Illuminated Bible manuscript
Puy-en-Velay (Le) - BM - ms. 0001 f. 220v

"14 The LORD said to me, “From the north disaster will be poured out on all who live in the land. 15 I am about to summon all the peoples of the northern kingdoms,” declares the LORD.

“Their kings will come and set up their thrones
in the entrance of the gates of Jerusalem;
they will come against all her surrounding walls
and against all the towns of Judah.
16 I will pronounce my judgments on my people
because of their wickedness in forsaking me,
in burning incense to other gods
and in worshipping what their hands have made

.
17 “Get yourself ready! Stand up and say to them whatever I command you. Do not be terrified by them, or I will terrify you before them.
18 Today I have made you a fortified city, an iron pillar and a bronze wall to stand against the whole land—against the kings of Judah, its officials, its priests and the people of the land.
19 They will fight against you but will not overcome you, for I am with you and will rescue you,” declares the LORD".

Jeremiah’s vocation centres on the Word of God
His call came at an early age.
He was frightened, nervous, lacking self confidence.
His youth and what he felt was lack of talent and experience did not matter. He was chosen. God decided that he would act and speak through him
Jeremiah had a choice. He could have refused. He did not.
God`s chosen was not to have an easy life as God`s messenger. God told him that. He was told that he would face opposition, continual and constant opposition. All he had was a promise: that he would be rescued from destruction. He was not promised a reward.

"They will fight against you but will not overcome you, for I am with you and will rescue you,”

And Jeremiah`s life was certainly not an easy one: he was attacked by his own brothers, beaten and put into the stocks by a priest and false prophet, imprisoned by the king, threatened with death, thrown into a cistern by Judah’s officials, and opposed by a false prophet
One is reminded of the story of St Teresa of Avila who when she was travelling through Spain through terrible conditions. Once the cart in which she was travelling was overturned and she suffered a broken leg,She said: :

“Dear Lord, if this is how You treat Your friends, it is no wonder You have so few!”

The single minded faith results from a transformation of the self through God`s grace which can be accepted or rejected.
Pope Benedict XVI referred to this in last year`s homily on the Solemnity of Pentecost (23 May 2010)

"A Father of the Church, Origen, in one of his Homilies on Jeremiah, cites a saying attributed to Jesus, not contained in the sacred Scriptures but perhaps authentic, which reads:

In Christ, in fact, there is the fullness of God, who in the Bible is compared to fire.
We just observed that the flame of the Holy Spirit blazes but does not burn. And nevertheless it enacts a transformation, and thus must also consume something in man, the waste that corrupts him and hinders his relations with God and neighbour.
This effect of the divine fire, however, frightens us; we are afraid of being "scorched" and prefer to stay just as we are. This is because our life is often based on the logic of having, of possessing and not the logic of self-gift.
Many people believe in God and admire the person of Jesus Christ, but when they are asked to lose something of themselves, then they retreat; they are afraid of the demands of faith.
There is the fear of giving up something pleasant to which we are attached; the fear that following Christ deprives us of freedom, of certain experiences, of a part of ourselves. On the one hand, we want to be with Jesus, follow him closely, and, on the other, we are afraid of the consequences entailed.
Dear brothers and sisters, we are always in need of hearing the Lord Jesus tell us what he often repeated to his friends: "Be not afraid"."