A Danish Certificate of Baptism

If you look inside a United Kingdom EU passport, you will see beautiful watermark images of British birds on the empty pages.
If you ask a Danish friend to see his or her EU passport, you will find on one whole page an image of Christ crucified. I don`t know if the EU authorities have caught onto this yet. So let`s just keep it quiet.
The image is a very old one and is found on an ancient rune stone in a Danish churchyard in the town of Jelling. It is thought that this is the earliest extant representation of Christ in Scandinavia 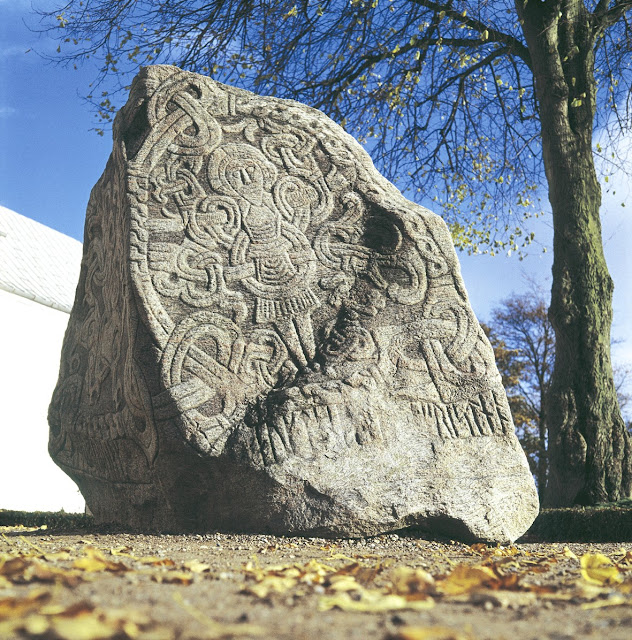 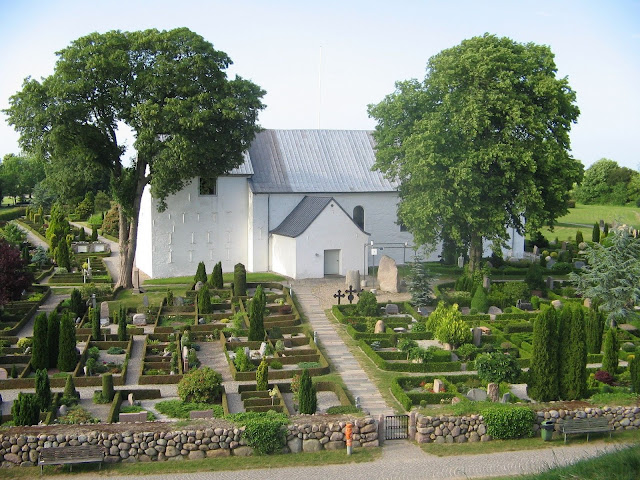 ""King Haraldr ordered this monument made in memory of Gormr, his father, and in memory of Thyrvé, his mother; that Haraldr who won for himself all of Denmark and Norway and made the Danes Christian"

The stone has a figure of Jesus Christ on one side and on another side a serpent wrapped around a lion
Here is a reconstruction of how the stone would have looked as new and painted: 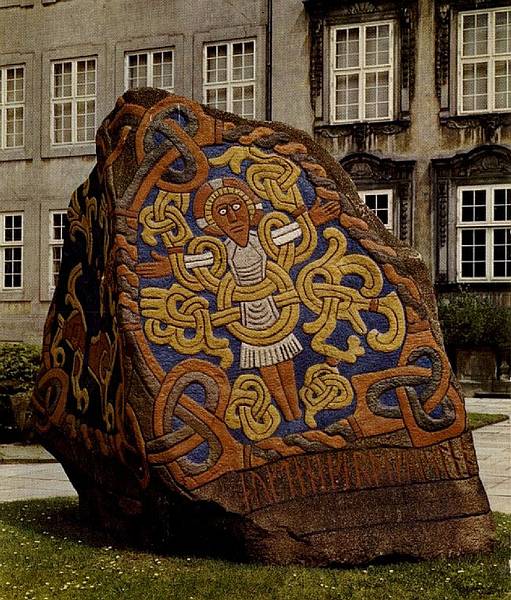 Broby-Johansen
Replica of the Harald Bluetooth’s rune stone
The Palace courtyard, The National Museum, Copenhagen
The National Museum in Copenhagen has a website entitled The Jelling Project which provides a great deal of information about the site, the Church and the stones
The site is one of the only five UNESCO World Heritage Centres in Denmark
The site is a unique illustration of the transition between the old pagan Nordic religion and Christianity and at the same time of the pivotal moment in the creation of the national state of Denmark. It represents an event of exceptional importance, the beginning of the conversion of the Scandinavian peoples to Christianity.
Jelling was not the first Scandinavian settlement to adopt Christianity. It was brought to Birka by Ansgar in the mid 9th century.But Jelling was the place where Christianity was first officially adopted (by Harald Bluetooth) in the mid lOth century
Here is a video of the site and its history:

Blessed Pope John Paul II referred to the deep roots of Christianity in the Danish soil, nation and psyche:

"Danish freedom is in large part the flower of the Christian roots of Danish culture; and that is why it is right that the Dannebrog, marked with the sign of Christ's Cross, still flies indomitably as the emblem of your land and your people.
It is an emblem which evokes the great Christian past of Denmark, in which luminous figures such as Saint Ansgar and the martyred King Canute stand as beacons for all time.
Christianity brought to birth a free and humane society, and it must also play its part in protecting that heritage now by ensuring that freedom is tied inseparably to truth, since freedom sundered from truth quickly gives rise to new forms of slavery".