Pope Benedict XVI: 60 years of Priesthood - The Homage by Artists

As a tribute to the 60th anniversary of the Pope`s ordination, the Vatican has put on an exhibition entitled "Lo splendore della verità, la bellezza della carità – Omaggio degli Artisti a Benedetto XVI per il 60° di Sacerdozio" (The Splendour of the Truth, the Beauty of Charity - Homage of Artists to Benedict XVI for his 60 Years of Priesthood) 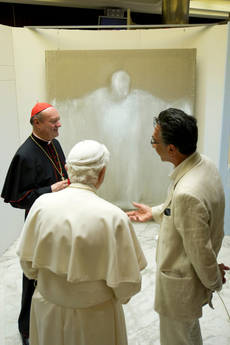 Elizabeth Lev in Zenit gives a report on the exhibition
Some of the "presents" were perhaps better than others. However, as she says, it is the thought that counts.
One of the artists was Father Marko Ivan Rupnik, SJ
Father Marko Ivan Rupnik, SJ, (born 28 November 1954) is a Slovenian Jesuit, based in Rome, whose mosaics adorn churches at Fatima and Lourdes as well as the Pope’s private chapel.
He is director of the Centro Aletti,  a Rome meeting place for artists and intellectuals from Western and Eastern Europe. In addition, he teaches at the Pontifical Oriental Institute and the Pontifical Gregorian University,
In February of 2000 he received the “France Prešeren” Award, the Slovenian Republic’s highest recognition for contributions to the cultural patrimony.
In 2002 he was decorated with the honour “Sign of honour of the freedom of the Slovenian Republic,” conferred on him by the president of the republic. In 2003 he received the international “Beato Angelico” prize for Europe.
His latest work is the mosaics in the chapel of Sacred Heart University in Fairfield, Connecticut. (August 2008)
The website for the Centro Aletti displays his and his workshop`s works in abundance
Here are some pictures of the Chapel at Sacred Heart University, Fairfield, CT 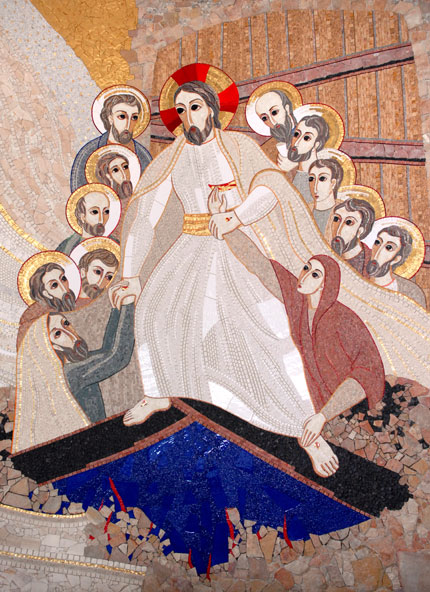 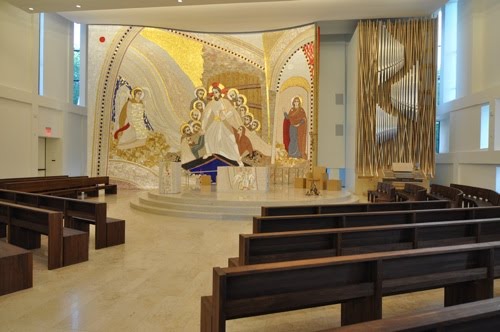 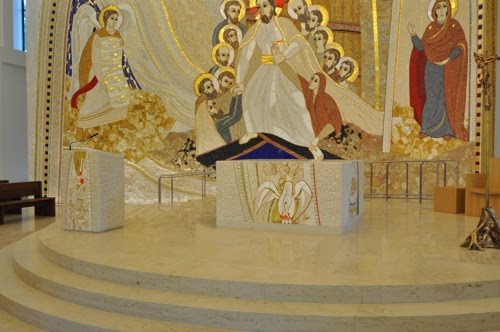 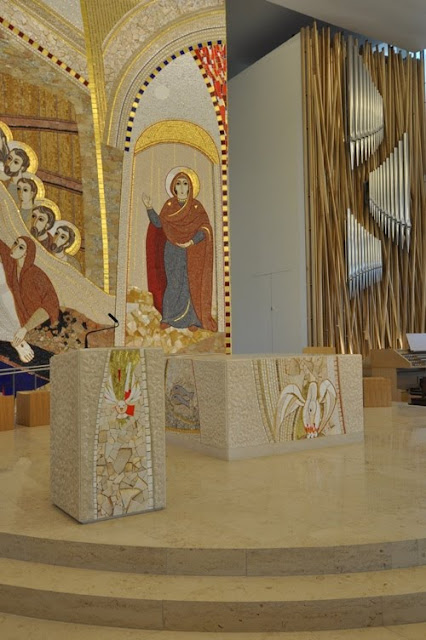 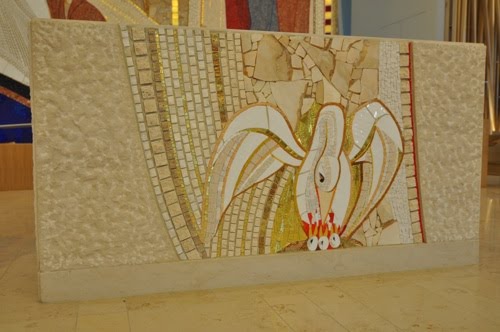 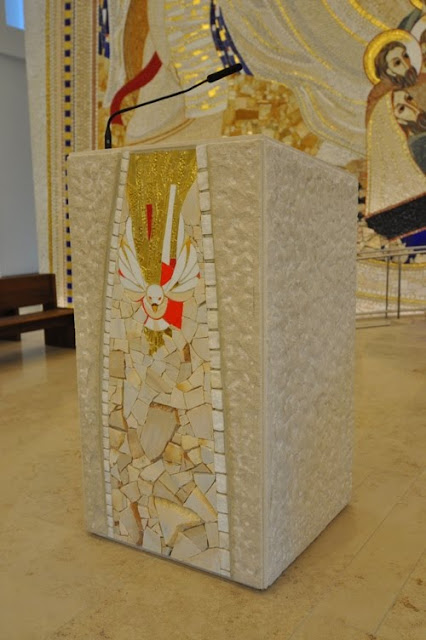 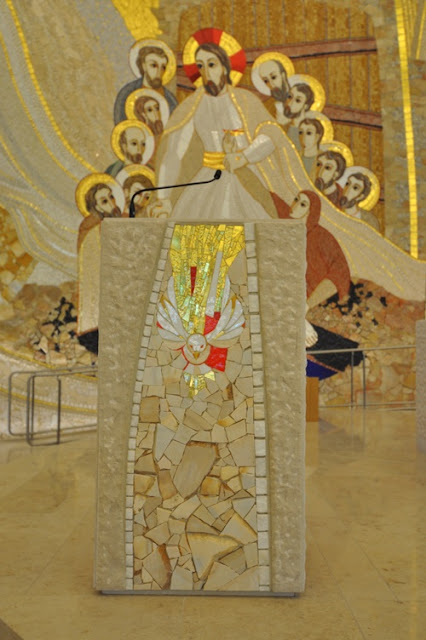 The altar and ambo, solid blocks of limestone with the integrated mosaics of eucharistic symbols, are the central focus of this new university chapel.
Posted by Unknown at 8:25 pm