The Funeral of Otto von Habsburg 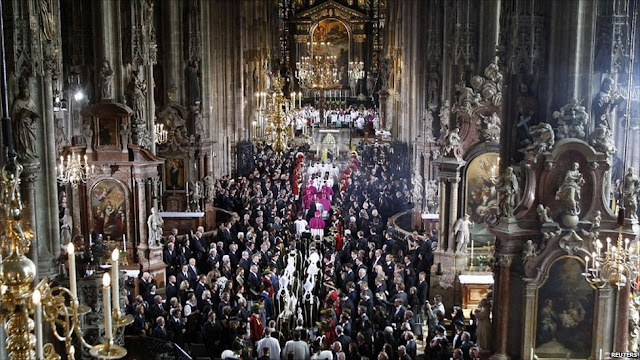 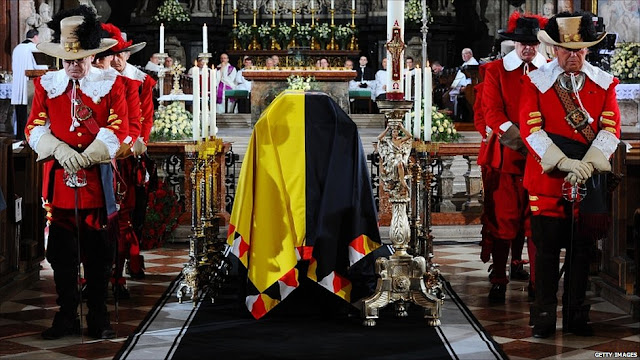 The BBC has a "slideshow" of remarkable pictures of the funeral of Otto van Habsburg held in St Stephen's Cathedral in Vienna
Cardinal Christoph Schoenborn presided
Habsburg was an opponent of the Nazis and spoke out against Germany's annexation of Austria in 1938.
In 1989 he helped organise the Pan-European Picnic demonstration on the border of Austria and Hungary.
The border was briefly opened, an event credited with helping usher in the fall of the Berlin Wall months later.
Posted by Unknown at 8:08 pm