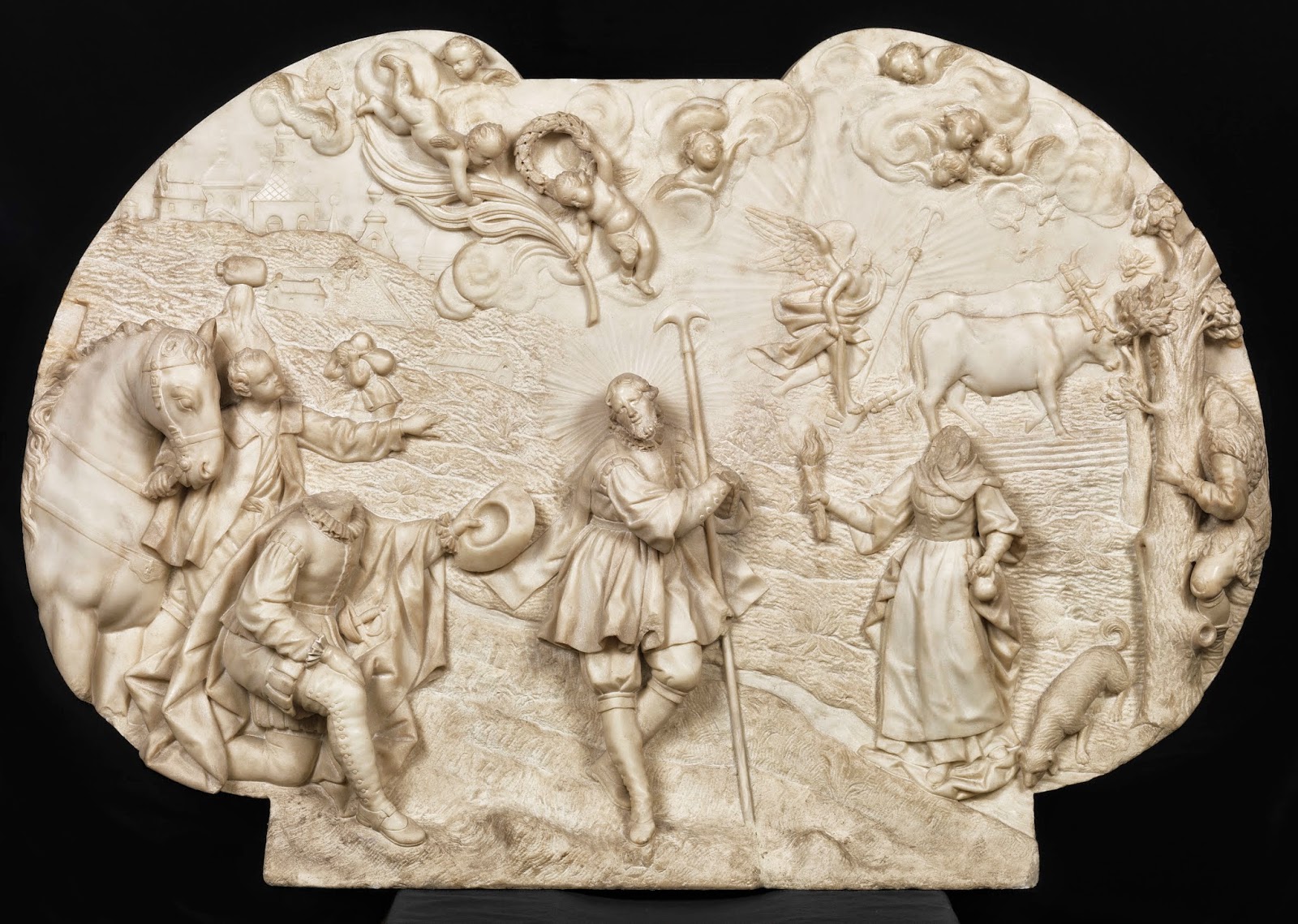 
San Isidro Labrador (Saint Isidore the Farmer)  (c. 1070 – 15 May 1130) is not as venerated as he should be in Western Europe as he is in Spain and the former Spanish Empire

We are probably more used to the great Doctor, Saint Isidore of Seville

However unlike the great Doctor, San Isidro Labrador was probably illiterate

Nowadays we do not get food from the land. We get it from Tesco, Marks and Spencer and the other huge retail conglomerates which dominte our town and cityscapes

Poor and a day labourer San Isidro is the patron saint of farmers and day labourers and of Madrid and many other countless villages, towns and cities in Iberia and Spanish speaking lands

His importance in the 17th century is shown by the fact that when Gregory XV canonised him he was one of the five saints canonised that day. He was canonised along with  Saints Ignatius of Loyola, Francis Xavier, Teresa of Avila, and Philip Neri

He was married to Saint Maria Torribia (Maria della Cabeza)

The huge and heavy marble relief by the late Baroque sculptor, Carmona, brings out these points of the life of San Isidro

San Isidro stands with spade in the act of mystical ecstasy. On his right his wife, Santa María de la Cabeza brings an ear of corn

On the left  the knight Juan de Vargas who was the saint`s master or employer kneels to greet the saint, his horse follows with his servant holding  the bridle.

At the bottom, left and right, we see  buildings in Madrid which is where the saint and his wife came from and lived and died

As the third child of a family of thirteen children born into a family of sharecroppers in a small Italian village
he perhaps alone of the modern Popes  (apart from Saint Pius X) would have felt some empathy towards this saint
Posted by Unknown at 8:16 pm