Meditating on the Ruins 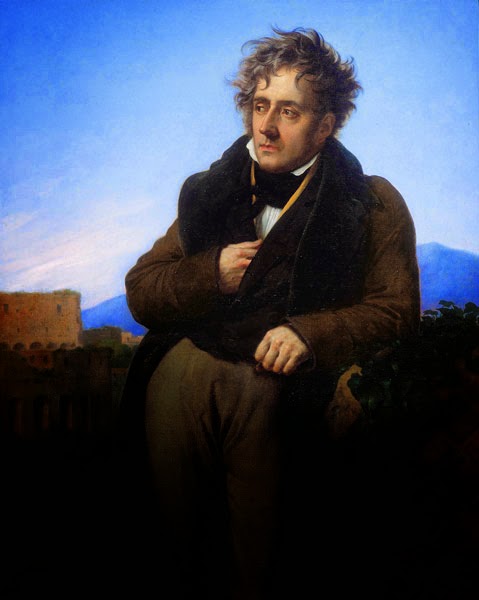 François -Auguste- René, vicomte de Chateaubriand 1768 - 1848  is one of the great figures of the French Romantic movement

The major turning point in Chateaubriand's life was his conversion back to the Catholic faith of his childhood around 1798.

In 1802, he published Génie du christianisme ("The Genius of Christianity"), a spirited apology for the Catholic Christian faith which contributed to the post-revolutionary religious revival in France.

The work  was a major inspiration for the Romantic movement

During the Terror his mother and other members of his family were imprisoned and died there.  He received the news while in London

Here is the text from the original preface of the first  edition of 1802, which appears to have been omitted in later editions 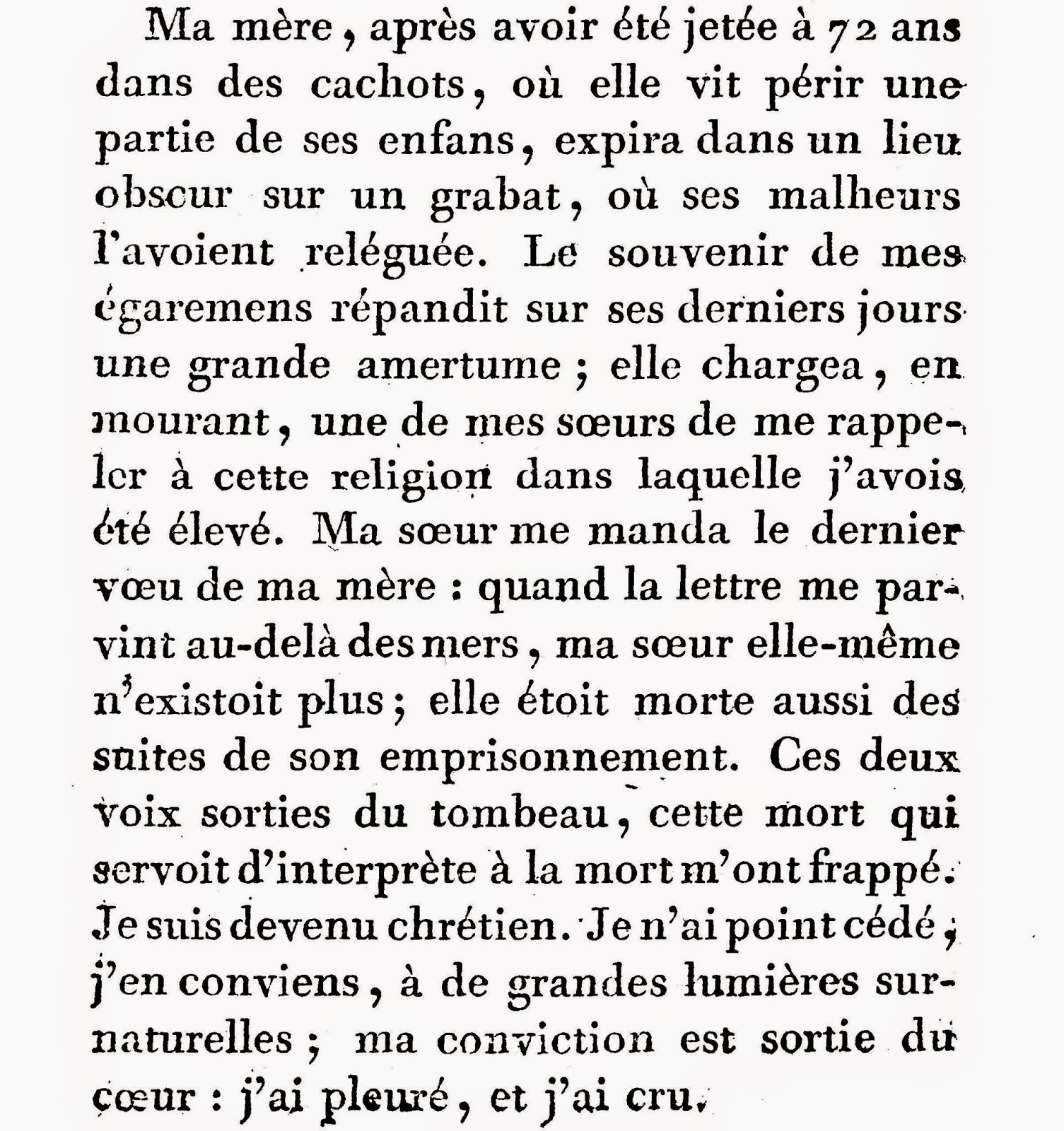 He describes how his mother died in  1798, with a prayer on her lips for the conversion of her son.

"She charged one of my sisters ... to recall me to a sense  of that religion in which I had been educated, and my  sister made known to me her wish. When the letter reached me beyond the water, my sister also had departed this life, having succumbed under the effects of her imprisonment. Those two voices coming up from the grave, and that death which had now become the interpreter of death, struck me with peculiar force. I became a Christian. I did not yield to any great supernatural light : my conviction came from the heart. I wept, and I believed."

Girodet early on broke free from his mentor Jacques-Louis David’s influence and veered away from the rigid Neoclassical style then prevalent in France.

He produced creative and moving renditions of episodes in contemporary literature, notably the myths of Ossian, admired by Napoleon, and the writings of Chateaubriand.

In The Burial of Atala, Girodet painted a scene from  Chateaubriand’s tragic love story, Atala, or the Loves of Two Savages in the Desert. The work was  also called The Funeral of Atala and is in the Musée Girodet, Montargis. Another version is in the Louvre

At this time Rome was in the hands of the forces of Napoleon and Chateaubriand was still to publish Les Martyrs (1809) and Itinéraire de Paris à Jérusalem (1811).

In 1810 Napoleon inspected the portrait. He did not like it. He said: « Il a l’air d’un conspirateur qui descend dans la cheminée. »
Posted by Unknown at 8:31 pm