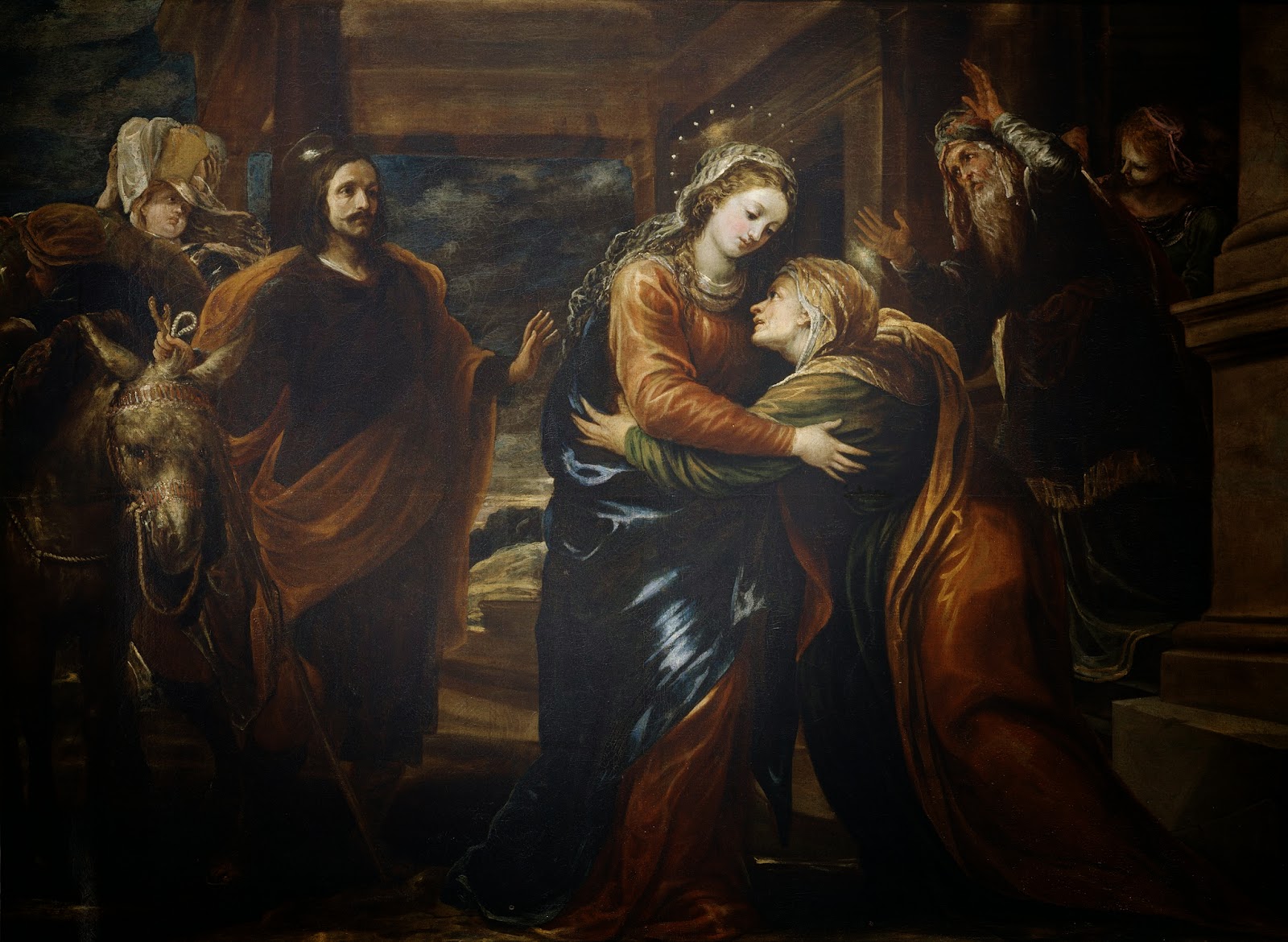 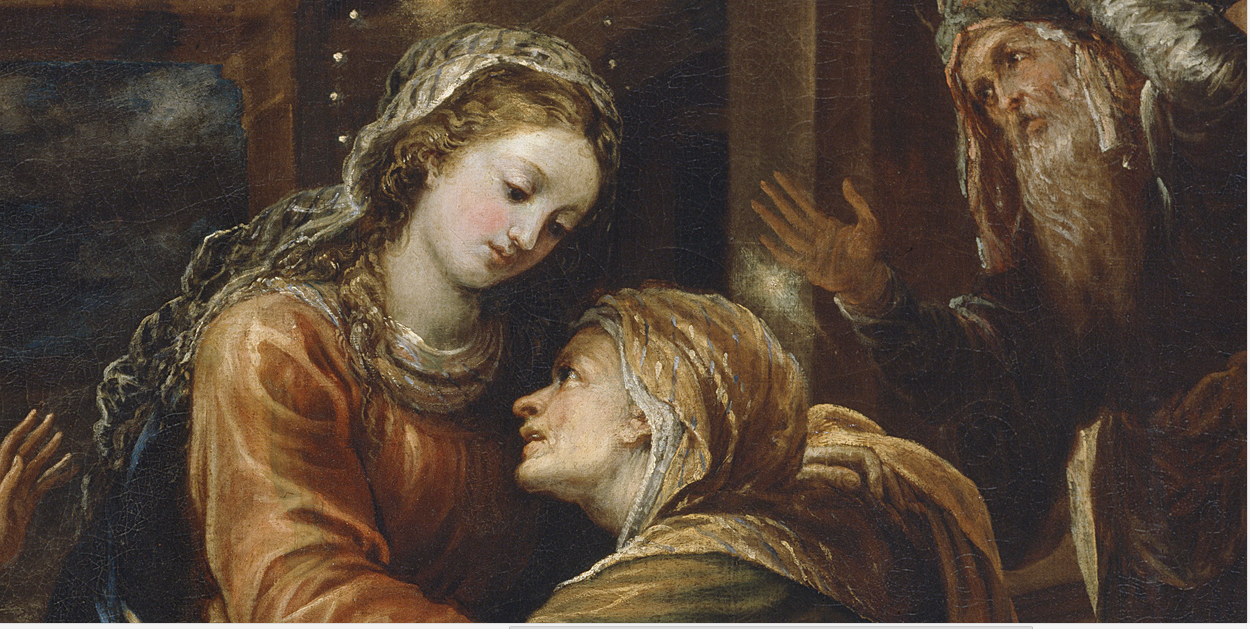 In his day he was one of the most influential Spanish artists of his time especially of religious works. He was painter to the Spanish court and the Cathedral of Toledo

He was also an accomplished stage designer

In this work we see richness of colour, movement, theatricality, flamboyance  and drama

"In those days Mary arose and went with haste into the hill country, to a city of Judah, and she entered the house of Zechariah and greeted Elizabeth. And when Elizabeth heard the greeting of Mary, the babe leaped in her womb; and Elizabeth was filled with the Holy Spirit and she exclaimed with a loud cry, 'Blessed are you among women, and blessed is the fruit of your womb!"' (Lk 1:39-42)

Mary bears within her the Word made flesh.

She goes to help her elderly cousin who is about to give birth. In Mary we recognize the figure of the Church which, through her works of mercy and charity, brings Christ to the world.

"Immediately after the narration of the Annunciation, the Evangelist Luke guides us in the footsteps of the Virgin of Nazareth towards "a city of Judah" (Lk. 1:39). According to scholars this city would be the modern Ain Karim, situated in the mountains, not far from Jerusalem.

Mary arrived there "in haste," to visit Elizabeth her kinswoman. The reason for her visit is also to be found in the fact that at the Annunciation Gabriel had made special mention of Elizabeth, who in her old age had conceived a son by her husband Zechariah, through the power of God: "your kins woman Elizabeth in her old age has also conceived a Son; and this is the sixth month with her who was called barren. For with God nothing will be impossible" (Lk. 1:36-37).

The divine messenger had spoken of what had been accomplished in Elizabeth in order to answer Mary's question. "How shall this be, since I have no husband?" (Lk. 1:34) It is to come to pass precisely through the "power of the Most High," just as it happened in the case of Elizabeth, and even more so.

Moved by charity, therefore, Mary goes to the house of her kinswoman."