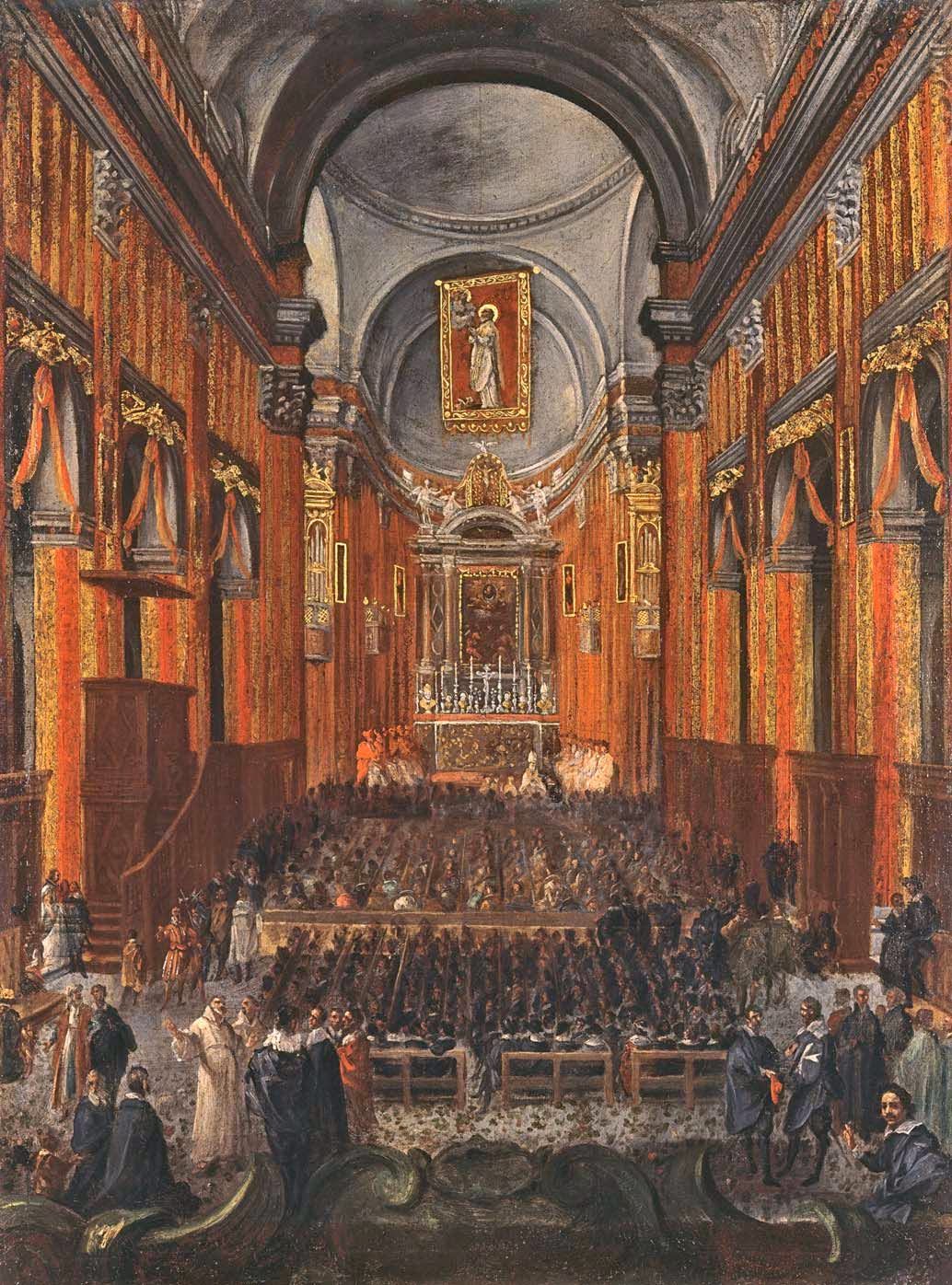 Sacchi was one of the leading classical painters in Rome in the second quarter of the seventeenth century.

He was the exponent of  'High Baroque Classicism'.

It was made of red silk and commissioned by the regents of the Grand Duchy of Tuscany: Maria Maddalena of Austria and Christina of Lorraine. It is still in existence. The saint was of course born in Florence

Exuberant theatricality is the keynote of this work

Do we see Sacchi himself on the bottom right gazing out at us over the centuries ?
Posted by Unknown at 11:21 am