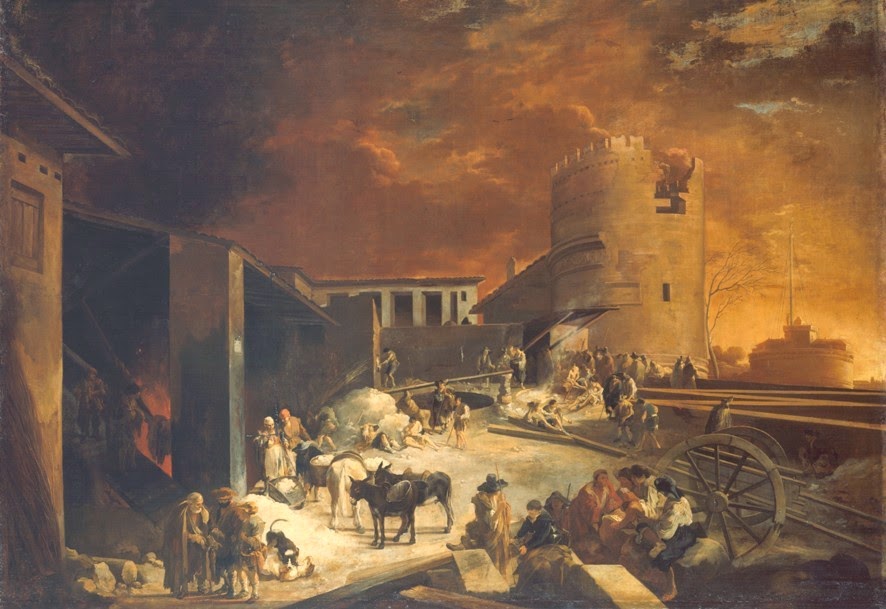 This is his early masterpiece »A Roman Lime Kiln«, probably painted around 1637 in Rome.

Lime is being burnt and sold close to famous monuments in Rome.

Bourdon was himself open to the inspiration of other great painters, and his style evolved throughout his career. Among those he copied were: The Bamboccianti, Giovanni Benedetto Castiglione, Anthony van Dyck and Nicolas Poussin

He himself was one of The Bamboccianti in 1638, he had to flee Rome to escape denunciation by the Inquisition for his Protestant faith

Perhaps I have been reading too much of Father Z: here, here , here , and here