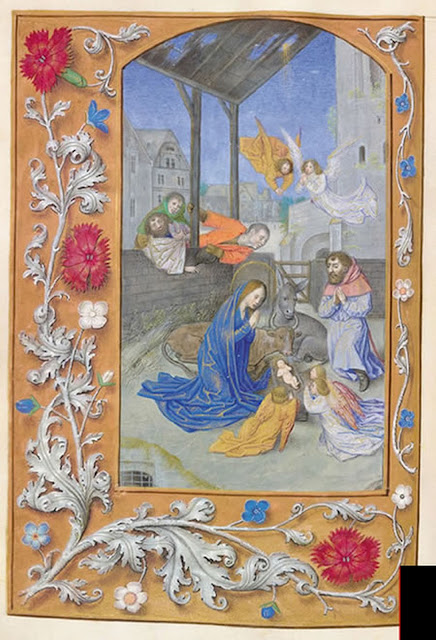 Master of the First Prayer book of Maximilian
Image of The Nativity and Prime
From The London Hours of William Lord Hastings
Late 1470s
Pigments and gold on vellum
165 x 125 mm
MS 54782, ff. 106v-107
The British Library, London 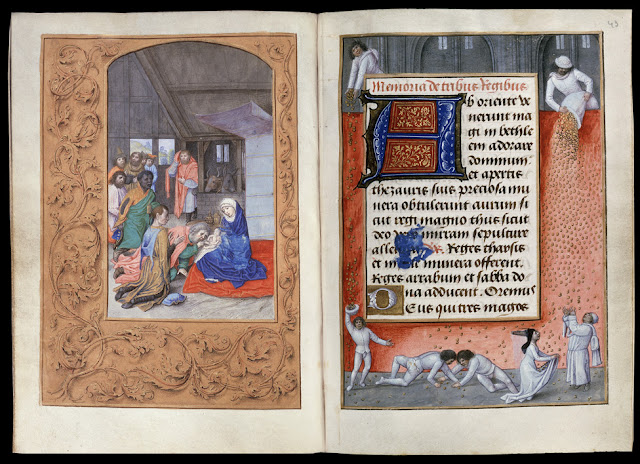 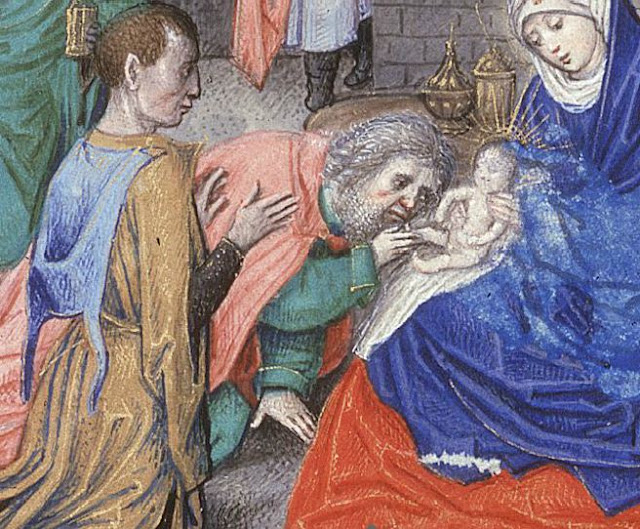 During his reign he was recognized by the greatest peer in the realm,

He was executed for treason by Edward's brother and ultimate successor, Richard III

He was buried in St George's Chapel, Windsor, near  Edward IV

Hastings commissioned the Book of Hours from the south Netherlands