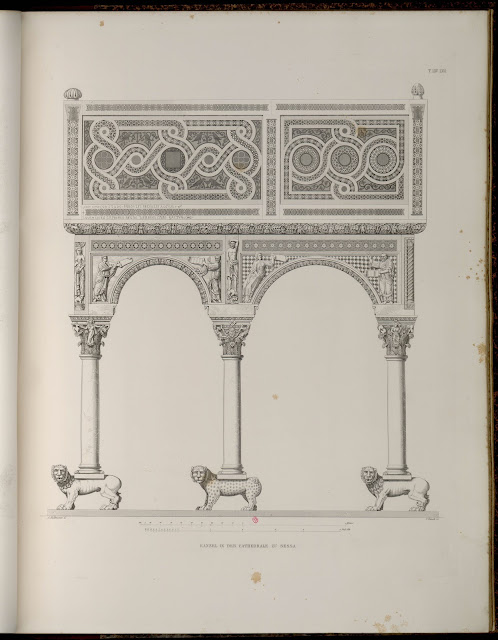 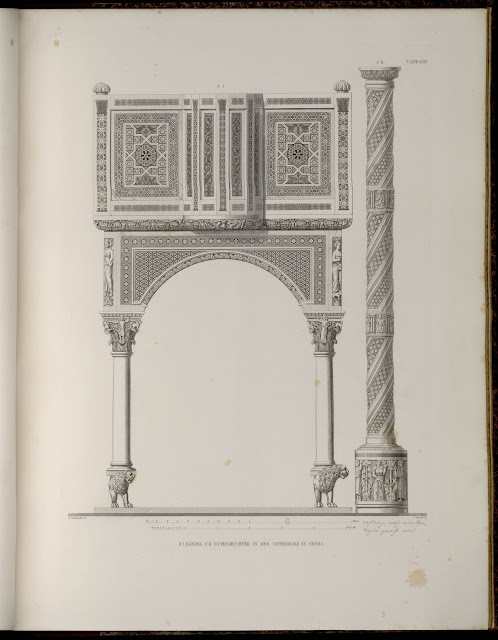 The town of Sessa Aurunca is an ancient one,  lying in the province of Caserta in the Campania

Today, not well known, and rather off the beaten track for tourists, one could be forgiven for saying "So what ?"

Well, the history of the populated site  goes back to about 1000 BC.

In Roman times its position between the Via Appia and the Via Latina led to its importance.

Its present Duomo or Cathedral was consecrated in 1113 and its present appearance dates from the 13th century
/
Mauro Piergigli and the  Associazione Culturale Italia Medievale have a beautiful website which features a long discourse with plently of photographs on the Cathedral. It cannot be praised too highly

Apparently there was a local legend that St Peter himself preached in the town. Perhaps not too fanciful in view of the fact that the town lies near the Via Appia and is near Rome. In any event the Gospel preached by Saints Paul and Peter has held sway in this ancient town for nearly 2000 years.

In that sense perhaps the legend has truth

The connection with Saints Peter and Paul is stressed in the facade of the Cathedral. Scenes from the life of St Peter adorn it

But it was the ambo with Easter Candle candelabra which caught the attention of Schultz.

It is one of the great treasures of this ancient cathedral

The ambo appears to have been constructed in the time of Bishop Pandolfo (1224-1259) He recorded his commission thus:

The pulpit from which the Word was proclaimed contains figures and designs from all of God`s creation: known and unknown, real and imagined

At the base of the ambo are lions. Other figures include caryatids  birds of all types including birds of paradise, pelicans, eagles, griffins, dogs, Figures from the Old Testament and the Classics include prophets such as Daniel, Zaccarias and Joel as well as the Eritrean Sibyl

All with their own symbolism and meaning

One image not depicted is the image inside the ambo which the priest would have seen just before his homily: the figure of Jonah being vomited out by the whale, Beside it is a scene showing the prophecy of the exile in  Nineveh,

Quite appropriate reminders for a medieval preacher

Next to the ambo is the column representing the sacred Easter Candle, It was commissioned by the Bishop only known as John III.

One of the main images on the column is the Transfigured Christ in Majesty accompanied by the angels, Saints Peter, Paul and Casto (the local martyr bishop saint)

There are two inscriptions :

It was of course in Sessa Aurunca in 1968 that the old friend of Blessed Pope John Paul II, Bishop Pavel Mária Hnilica S.J. founded the the Religious Congregation, Pro Deo et Fratribus, presently known as the Pro Deo et Fratribus – Famiglia di Maria Corredentrice to generate support for for the persecuted Church in Eastern Europe.