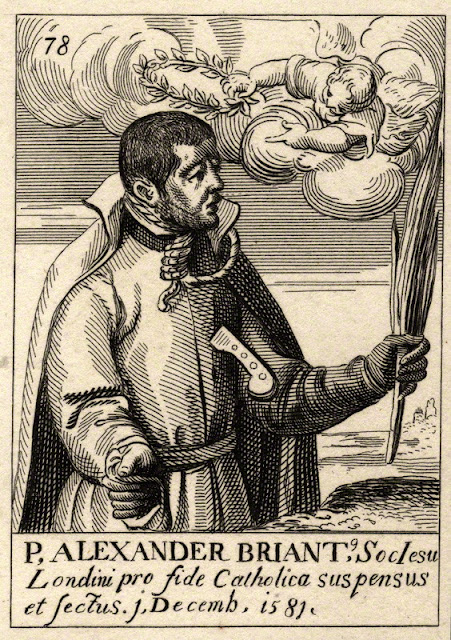 For more about Saint Ralph Sherwin (the first member of the English College in Rome to be martyred) see
http://en.wikipedia.org/wiki/Ralph_Sherwin
http://www.newadvent.org/cathen/12636b.htm 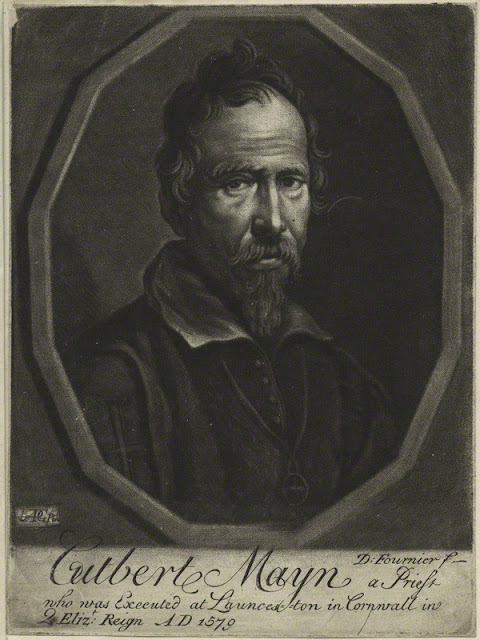 "Potius hodie quam cras, as Saint Ralph Sherwin said when asked to take the missionary oath, “rather today than tomorrow”.

These words aptly convey his burning desire to keep the flame of faith alive in England, at whatever personal cost.

Those who have truly encountered Christ are unable to keep silent about him. As Saint Peter himself said to the elders and scribes of Jerusalem, “we cannot but speak of what we have seen and heard” (Acts 4:20).

Saint Boniface, Saint Augustine of Canterbury, Saint Francis Xavier, whose feast we keep today, and so many other missionary saints show us how a deep love for the Lord calls forth a deep desire to bring others to know him.

You too, as you follow in the footsteps of the College Martyrs, are the men God has chosen to spread the message of the Gospel today, in England and Wales, in Canada, in Scandinavia.

Your forebears faced a real possibility of martyrdom, and it is right and just that you venerate the glorious memory of those forty-four alumni of your College who shed their blood for Christ.

You are called to imitate their love for the Lord and their zeal to make him known, potius hodie quam cras. The consequences, the fruits, you may confidently entrust into God’s hands."

Benedict XVI’s address to the Venerable English College in Rome