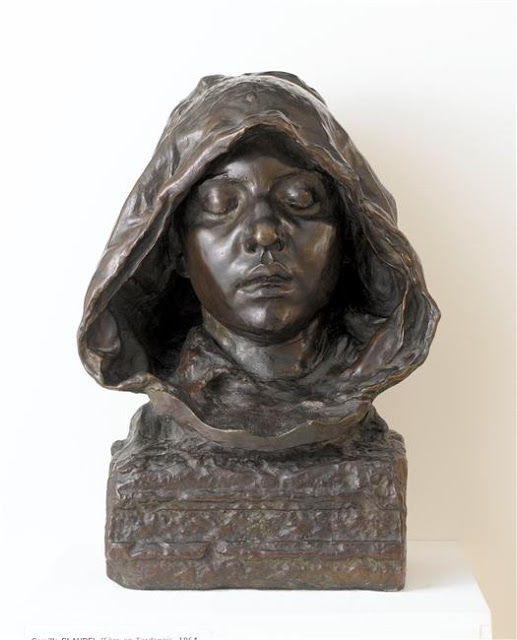 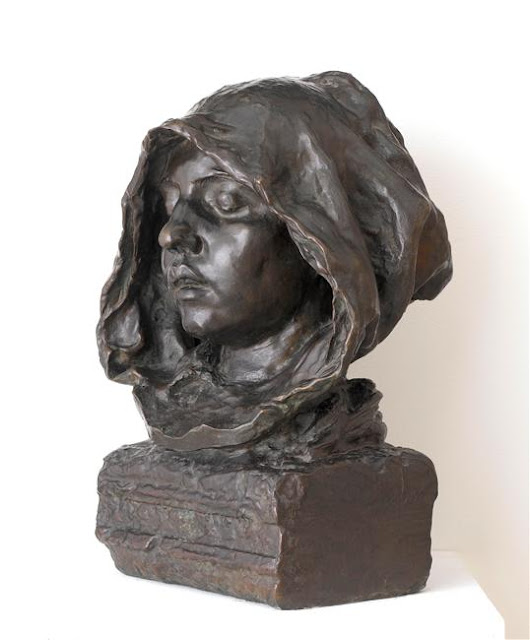 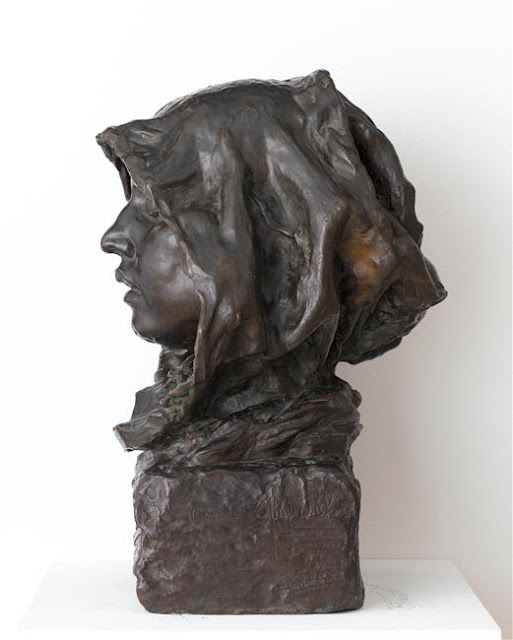 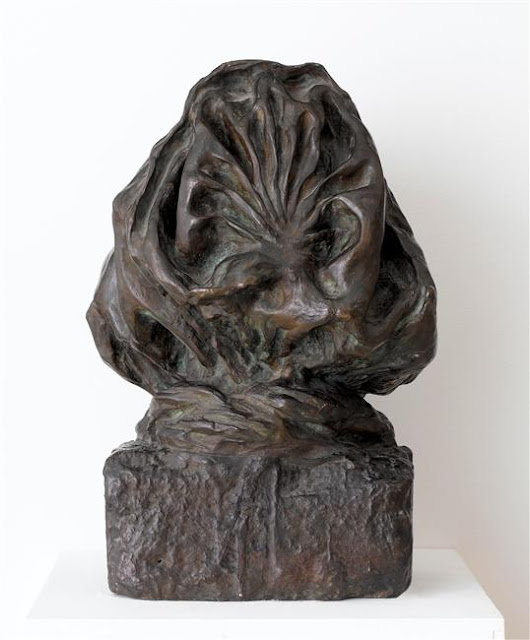 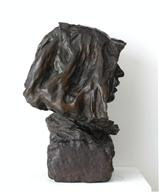 Camille Claudel
1864-1943
Le Psaume (La Prière)/ The Psalm (The Prayer) 1889
Bronze sculpture
H. 45; L. 31,5; P. 38 cm.
Musée Boucher-de-Perthes, Abbeville
This work has had three titles.
Originally it was entitled La Prière (Prayer)
Later it was called Buste à capuchon (Bust of a capuchin)
By 1894, it ended up being called Le Psaume (The Psalm)
In March 1898 Mathias Morhardt (editor of "Le Temps") wrote a monograph about Camille Claudel for the Mercure de France which proved influential in establishing her artistic reputation. In it he said that the work was more an expressive head than an allegorical work. Of he wrote that the work evoked:

The work was executed at a time when she was involved in an affair with François-Auguste-René Rodin (12 November 1840 – 17 November 1917), a deep but horribly destructive relationship which only ended in 1898. As well as romantic, the two artists were united in their artistic work so much so it has been said that it is hard to see who influenced whom.
Rodin never fulfilled the promises he made to Claudel and was never faithful to her. She, on the other hand, was utterly devoted to him while the relationship lasted.
While Rodin`s fame flourished and he achieved world wide renown in his lifetime, Claudel`s career never took off during her life. It has only been after her death that her true worth and greatness have been belatedly recognised. There is evidence that on occasion Rodin and his set did consciously cause set backs to Claudel`s career.
At this time, a sculptor who was a woman was not recognised.
Her health first started to break down in 1906. She started to destroy some of her sculptures with a hammer. She continued to work but eventually she was committed to a mental health institution by her family in 1913.
By 1914 the doctors were writing to her family asking them to integrate her back into the family. They refused all such requests and she died in an institution and was buried in a common grave with no marker. Her family did not attend.
A butterfly broken on the wheel ? Perhaps. Here is a scene from Bruno Nuytten's 1988 film Camille Claudel with Isabelle Adjani in the title role and Gérard Depardieu as Auguste Rodin (English sub titles)
Posted by Unknown at 9:36 pm