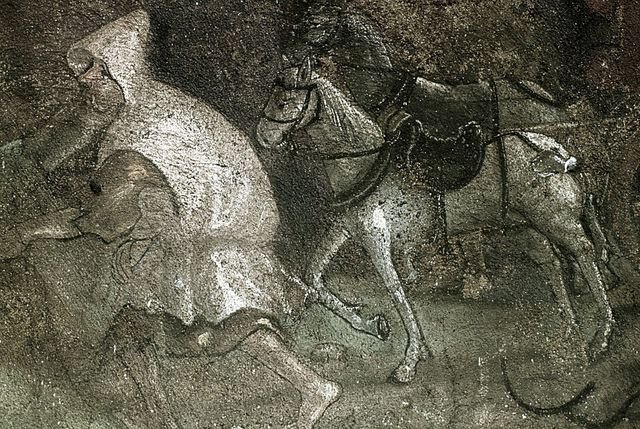 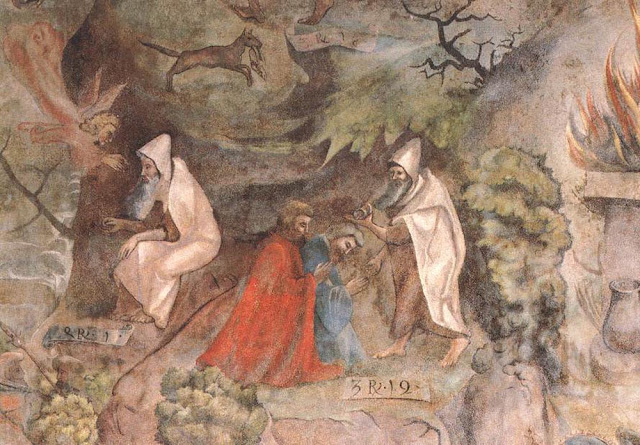 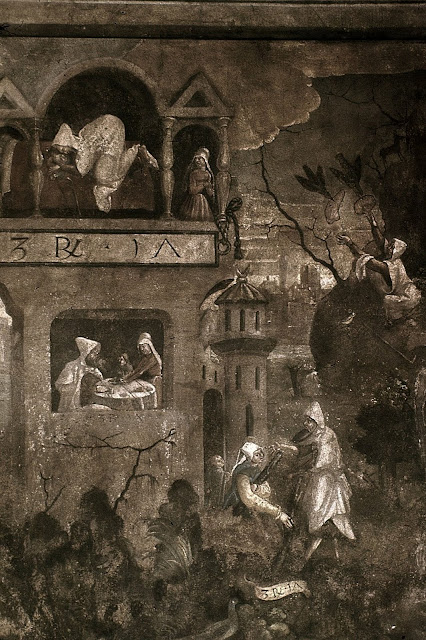 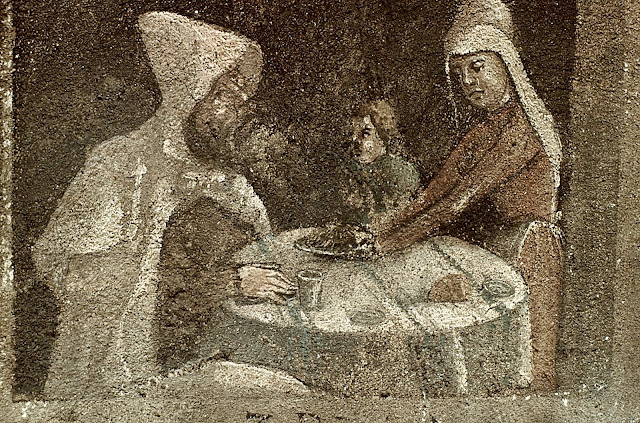 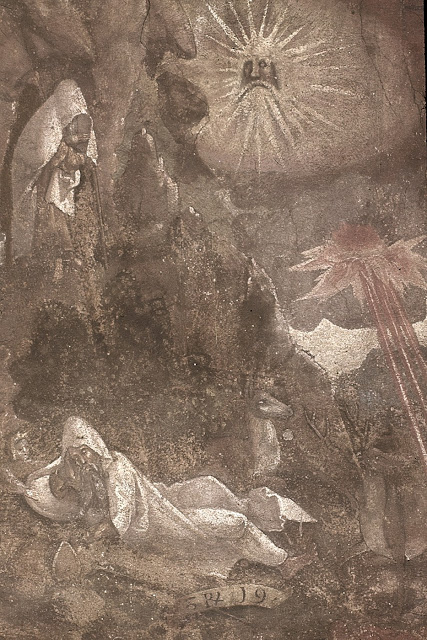 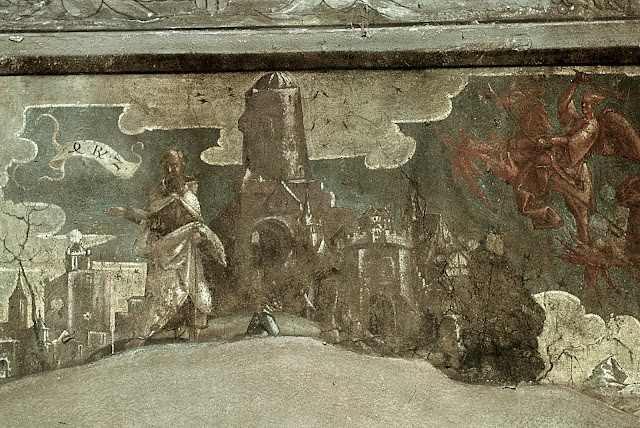 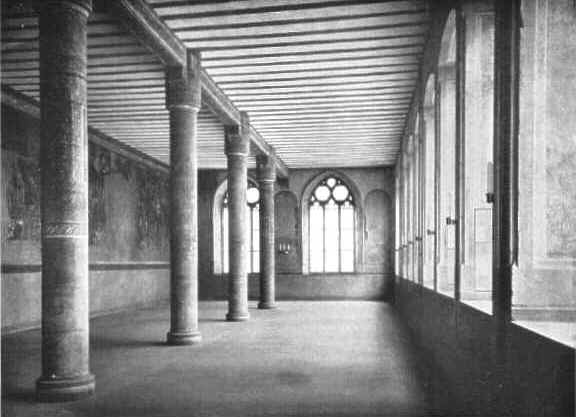 Carmelite Cloister, refectory with frescos by Jörg Rathgeb 1514-17 depicting the history of the Carmelite Order

The Carmelite Monastery (Karmeliterkloster) was founded in 1246. It is now a Museum and theatre.
From 1514 to 1519 Ratgeb was commissioned and executed large cycles of late medieval murals and the history of the order and of saints as well as the Passion of Christ
Of course Elijah is revered as the spiritual Father and traditional founder of the Catholic religious Order of Carmelites.
Ratgeb himself met a gruesome end. He was executed for his part in the Peasants' Revolt. He was torn apart by four horses.
The Catholic Encyclopedia describes Elijah as "the loftiest and most wonderful prophet of the Old Testament"
In the Jewish faith and tradition Elijah is a heroic figure:

"Each Passover, a special cup of wine is filled and put on the seder table. During the Seder, the door of the house is opened and everyone stands to allow Elijah the Prophet (Eliyahu ha-Navi) to enter and drink. At every bris, a chair is also set aside for Elijah. At the conclusion of Shabbat, Jews sing about Elijah, hoping he will come "speedily, in our days...along with the Messiah, son of David, to redeem us."

"Elijah ... was raised up by God in order to lead the people to conversion.
His name means "the Lord is my God," and it is in accord with this name that his life unfolds -- [a life] totally consecrated to bringing about in the people the acknowledgement of the Lord as the one God. Sirach says of Elijah: "Then the prophet Elijah arose like a fire, and his word burned like a torch" (Sirach 48:1).
By this flame, Israel rediscovers its way to God.
In his ministry, Elijah prays: He asks the Lord to bring back to life the son of a widow who had given him lodging (cf. 1 Kings 17:17-24); he cries out to God in weariness and distress as he flees for his life into the desert, pursued by queen Jezebel (cf. 1 Kings 19:1-4); but it is above all on Mount Carmel that he shows himself in all his power as intercessor when, before all of Israel, he begs the Lord to reveal Himself and to convert the people's hearts."

On another occasion the Pope said of Elijah:

"With the gift of himself in the Eucharist the Lord Jesus sets us free from our "paralyses", he helps us up and enables us to "proceed ", that is, he makes us take a step ahead and then another step, and thus sets us going with the power of the Bread of Life.
As happened to the Prophet Elijah who had sought refuge in the wilderness for fear of his enemies and had made up his mind to let himself die (cf. I Kgs 19: 1-4). But God awoke him from sleep and caused him to find beside him a freshly baked loaf: "Arise and eat", the angel said, "else the journey will be too great for you" (I Kgs 19: 5,7)."