The Pope and the Ambassador 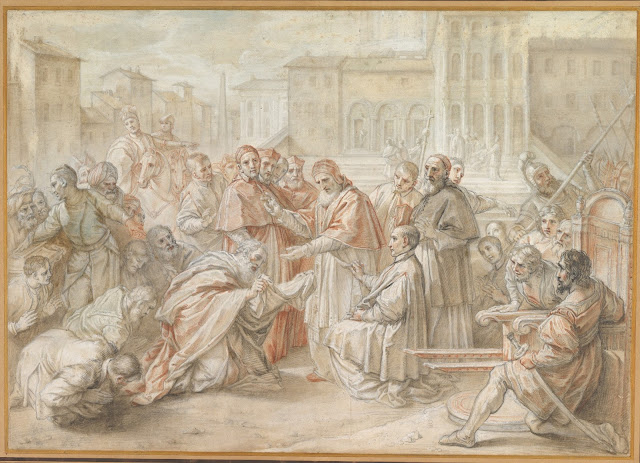 The commission was to commemorate the canonisation of the Dominican Pope and Saint, Saint Pope Pius V (Michele Ghislieri) which took place in 1712

The King of Poland at the time was Sigismund II Augustus I, the last of the Jagiellons without whom Catholicism would not be the same in Poland today as it is. He allowed the Jesuits into Poland in 1564

While walking in the Vatican Piazza, which is built on the site of the ancient Circus of Nero, he was reminded of the martyrs who had suffered on that very site. He took up a handful of dust  and put the dust into a cloth which the Ambassador of Poland, who was with him, held out to receive it.

When the Ambassador opened the cloth, after returning to his house, he found it all saturated with blood, and the dust had disappeared.

A charming story but  legend
Posted by Unknown at 7:14 pm