Death of a Saint 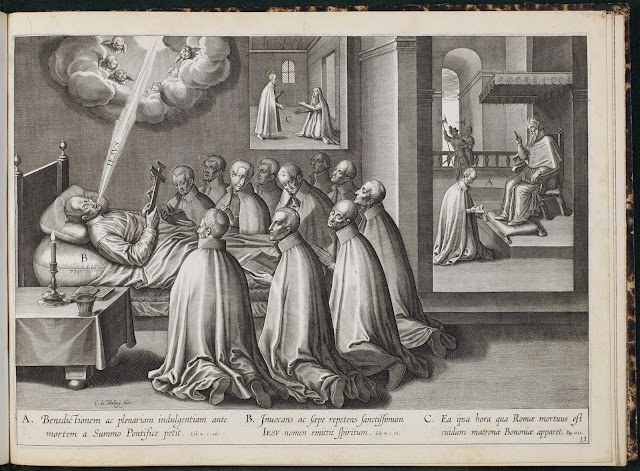 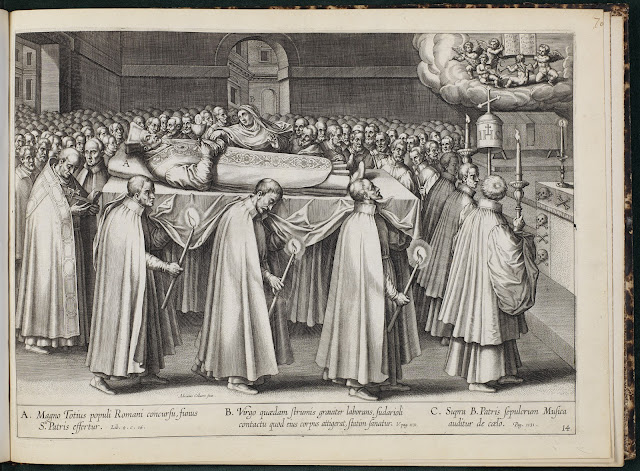 In a lengthy report on the death and burial  to the superiors of the order, St Ignatius` secretary, Father  Juan de Polanco SJ described the funeral:

"The burial of his blessed body was deferred till after vespers on Saturday, and although he was never moved from the place where he expired, there was a great concourse of devout and pious persons. Some kissed his hands, and some his feet, and some touched them with their chaplets, many of our Fathers did the same.

We had great difficulty in preventing those who wished to take away pieces of his berretta, his clothes, strings, night-caps, or other articles; we gave nothing to any person whatsoever, or suffered such things to be carried away, knowing whence they were procured.

Some artists came to take portraits of him, which he had never allowed whilst living, though frequently requested.

In the largest chapel of our church, on the Gospel side, a tomb has been excavated, and there we have placed the body in a coffin, and said the office for the dead in the customary manner. The tomb has been covered with a large slab which can be removed when necessary, and here the body will remain till it is determined what else ought to be done."

(quoted in Mariani, The life of St. Ignatius Loyola, founder of the Jesuits , Volume II, translated 1848)