Stations of the Cross at Westminster 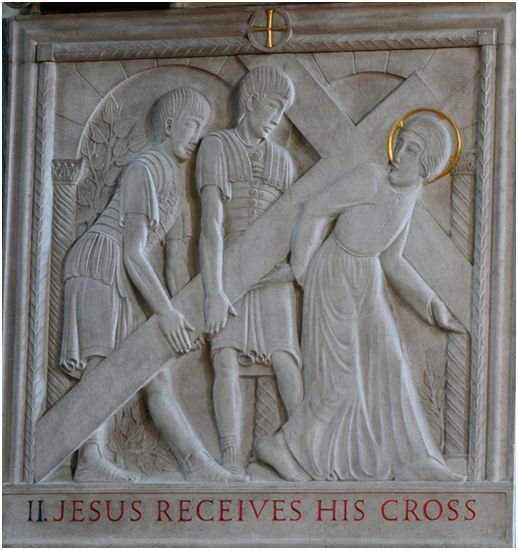 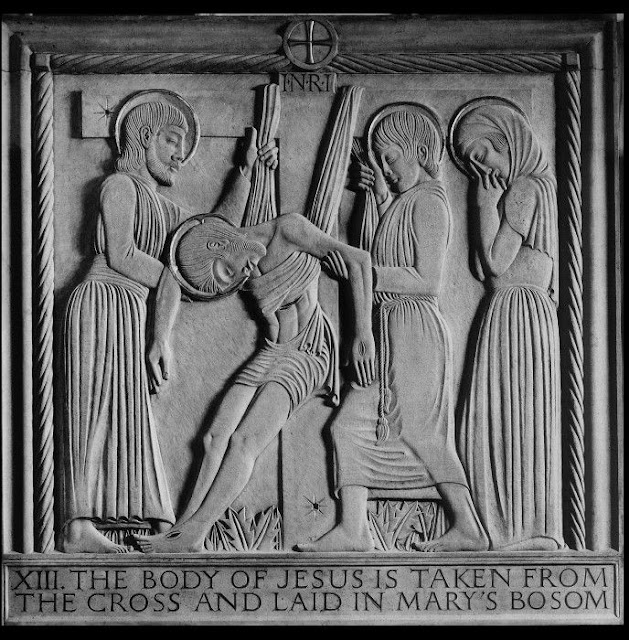 Eric Gill 1882 - 1940
Station of the Cross #13: The body of Jesus is taken from the cross
March 1915
Derbyshire limestone
Westminster Cathedral, London
Gill became a Catholic in 1913. At that time he promoted his faith through his work. They were not intended to be works of art. They were to be aids to meditation.
At the moment the British Museum has a small exhibition on the works of Eric Gill which finishes in August 2011. It is entitled Eric Gill: public and private art
The Museum says:

"The display concentrates attention on Gill’s art and ideas, rather than focusing on the sensational aspects of his private life which have become dominant in recent years."

Included are the drawings for the Stations of the Cross in Westminster Cathedral. Here is the design by Gill made in 1914 for the project. The original small scale drawing of the complete set of Stations, made for submission to the Cathedral Architect, was purchased by the British Museum from an exhibition at the Alpine Club in 1918. 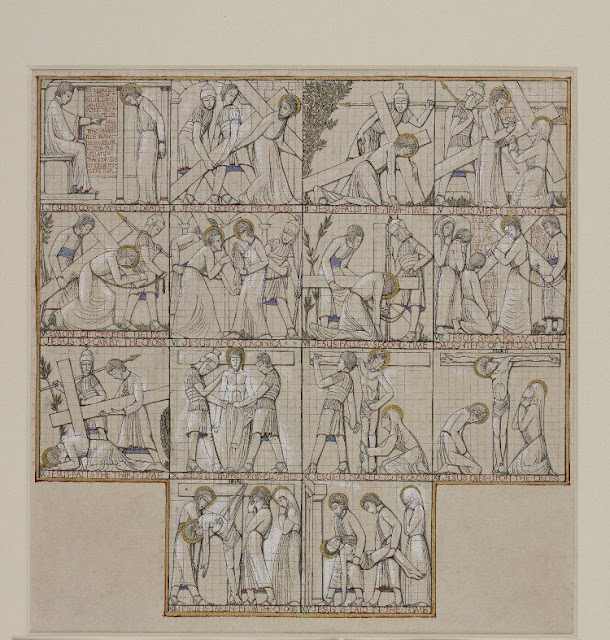 Eric Gill 1882 - 1940
First design for the Stations of the Cross, in Westminster Cathedral; fourteen panels recording Christ's passion, each with caption, beginning with "I JESUS.IS.CONDEMNED.TO.DEATH.", and ending with "XIV JESUS.IS.LAID.IN.THE.TOMB". 1914
Pen and grey ink, touched with watercolour and gold, squared for transfer
275 millimetres x 241 millimetres
The British Museum, London
Here is a proof of an illustration for Station 1: 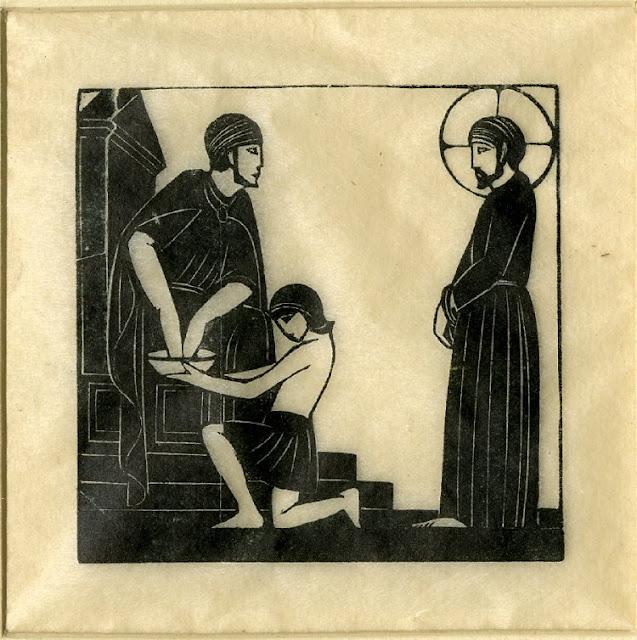 Eric Gill 1882 - 1940
Proof of illustration of Station I, after the artist's 'Stations of the Cross' in Westminster Cathedral. 1917
Wood-engraving, on tissue paper
57 millimetres x 58 millimetres
The British Museum, London
Here is the Sheet of fourteen images of Christ with titles and text below (woodcut) with designs for the Stations of the Cross in Westminster Cathedral. c.1910-20, again by Eric Gill and in The British Museum: 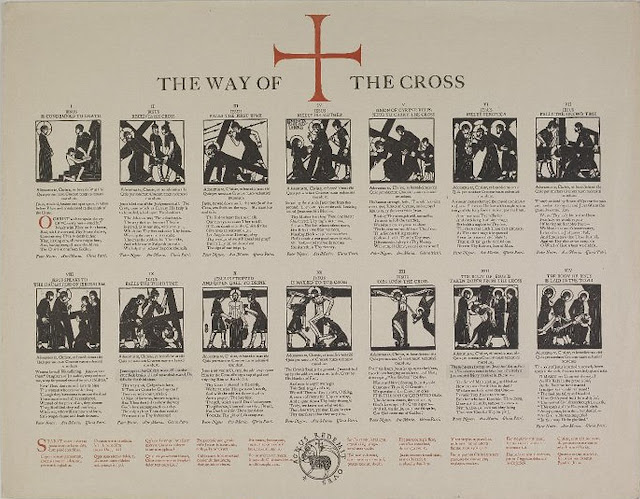 The Long Gallery connects the Clergy House with the Cathedral. Here are situated the less controversial stations by Roy de Maistre (27 March 1894 – 1 March 1968). De Maistre converted to the Catholic faith in 1951. It was after his conversion that his work included religious art.
Of the commission de Maistre wrote:

"I was left completely free to portray the Stations of the Cross and was certainly not advised on any iconography."

Apart from The Westminster Cathedral website there would not appear to be any online images of this major work. However here is De Maistre`s treatment of The Deposition painted in 1949 and from The British Council collection 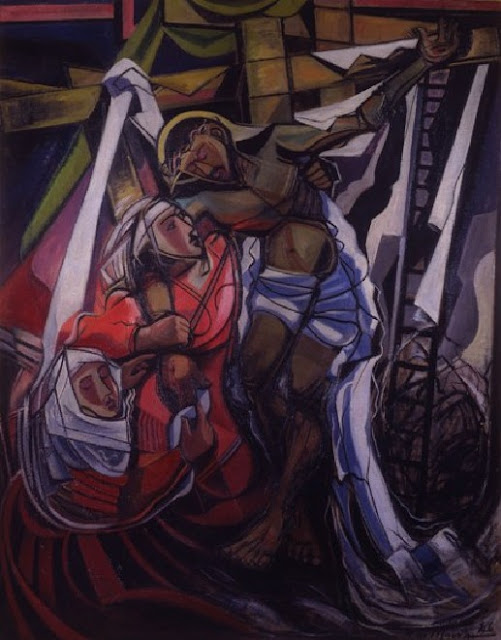