Easter and the Resurrection 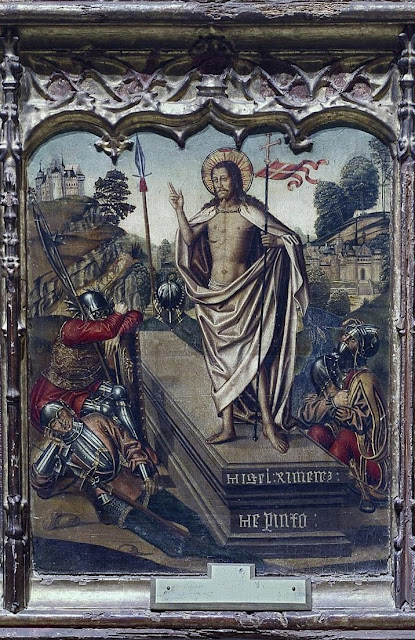 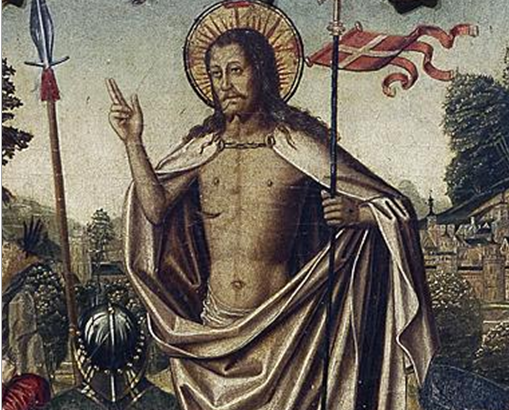 Miguel Ximénez (active 1462 - 1505)
La Resurrección de Cristo from predella / The Resurrection of Christ from predella
1475 - 1485
Oil on wood
Predella: 70 cm x 200 cm
Museo Nacional del Prado, Madrid
There are five panels in the Predella which was commissioned for the Church of Santa María en Ejea de los Caballeros in Zaragoza
The Resurrection of Christ is the central panel.
One of the great Spanish Gothic painters, Ximénez was appointed Royal painter to Ferdinand II of Aragon (the father of Catherine of Aragon) in May 1484
In his Urbi et Orbi Message on Easter 2009, the Pope said:

" Easter does not simply signal a moment in history, but the beginning of a new condition: Jesus is risen not because his memory remains alive in the hearts of his disciples, but because he himself lives in us, and in him we can already savour the joy of eternal life.
The resurrection, then, is not a theory, but a historical reality revealed by the man Jesus Christ by means of his “Passover”, his “passage”, that has opened a “new way” between heaven and earth (cf. Heb 10:20).
It is neither a myth nor a dream, it is not a vision or a utopia, it is not a fairy tale, but it is a singular and unrepeatable event: Jesus of Nazareth, son of Mary, who at dusk on Friday was taken down from the Cross and buried, has victoriously left the tomb."

Have a good and happy Easter
Posted by Unknown at 4:30 pm