St Augustine and the Pear Tree 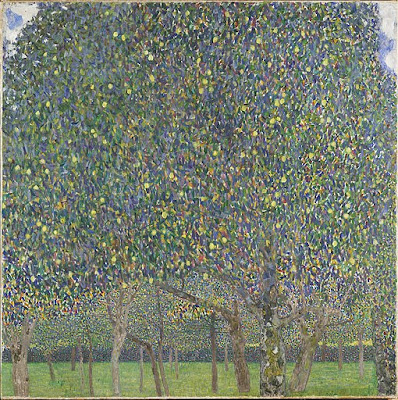 Pear trees are beautiful. They flower in the spring. They produce fruit succulent and tasty.

As a youth, the beauty of the pear tree was not evident to St Augustine and his friends.

Saint Augustine admitted that in Tagaste as a youth he lived with a fast set—“the Depravers” or “Destroyers”. He said of them “whose actions I ever did abhor, that is, their Destruction of others, amongst whom I yet lived with a kind of shameless bashfulness.”

In his Confessions, St Augustine devoted much of Book 2 to an incident involving the theft of pears from a pear tree which was near the family home. Of all the wrongs at this time, this incident appears to have given him the most chagrin

"There was a pear tree close to our own vineyard, heavily laden with fruit, which was not tempting either for its colour or for its flavour. Late one night–having prolonged our games in the streets until then, as our bad habit was–a group of young scoundrels, and I among them, went to shake and rob this tree. We carried off a huge load of pears, not to eat ourselves, but to dump out to the hogs, after barely tasting some of them ourselves. Doing this pleased us all the more because it was forbidden. Such was my heart, O God, such was my heart–which thou didst pity even in that bottomless pit. Behold, now let my heart confess to thee what it was seeking there, when I was being gratuitously wanton, having no inducement to evil but the evil itself. It was foul, and I loved it. I loved my own undoing. I loved my error–not that for which I erred but the error itself. A depraved soul, falling away from security in thee to destruction in itself, seeking nothing from the shameful deed but shame itself."

This view was expressed by Oliver Wendell Holmes when he wrote to Harold Laski, "Rum thing to see a man making a mountain of robbing a pear tree in his teens"

With a gang of his friends, Augustine sneaked into an orchard at night and stole a load of pears. He did not want the pears, nor was he motivated by any self-interest. He simply enjoyed the act of doing wrong for its own sake. He reflects on the incident. Trapped in misdirected love of earthly goods, the soul separates itself from God and tries to demonstrate its power over God by breaking God’s laws. Augustine knows also that he would never have committed the theft alone.

The mature Augustine was not so much concerned with the mere act of stealing pears. His real concern was with what was happening inwardly

"Everyone knows there is a divine law which forbids theft, so if I can steal [pears] and get away with it, this will show that I am not subject to God or to any divine law. And if I am not subject to any law which defines what is good, then the good will simply be what I say it is. Hence I will be free and omnipotent. I can do what I want and what I want is the good."

The drive, it seemed to the mature Augustine, was scornful pride (fastidium) and the nourishment of iniquity (sagina iniquitatis). He enjoyed, not the thing stolen, but the theft itself. He had no provocation, he says, but evil itself:

“For having gathered them, I flung them away, eating little of them but my own sin only, which I was extremely pleased with the enjoying” (Confessions 2.6.12 )

For the text see:The Confessions of Saint Augustine, tr. by Edward Bouverie Pusey, [1909-14], at sacred-texts.com
Posted by Unknown at 8:45 pm