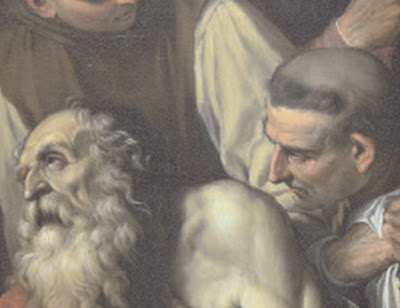 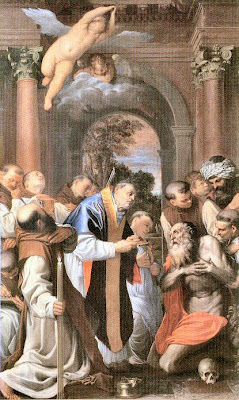 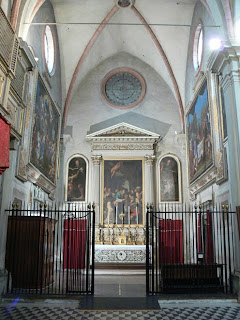 The Chapel of St Jerome in the Carthusian Church of San Girolamo, Bologna where the painting originally was displayed
The work was commissioned for one of the large chapels in the nave of the Carthusian Church of San Girolamo in Bologna where it was to face Ludovico Carracci`s painting of Preaching of St John the Baptist.
The era of the Counter-Reform coincided with the priorate of Giovan Battista Capponi (1588-1613). He carried out a large reconstruction of the Church. The chapels of Saint Jerome and Saint John the Baptist were re-built and were now facing each other at the entrance of the Church
It was regarded as Agostino Carracci`s masterpiece. The style is classical.
It was seized by the French during the time of the Napoleonic occupation. It was later returned to the Pinacoteca Nazionale
This work was later used as the model for and improved upon by Carracci`s pupil, Domenichino.
Posted by Unknown at 7:59 pm