Will you be assimilated ? 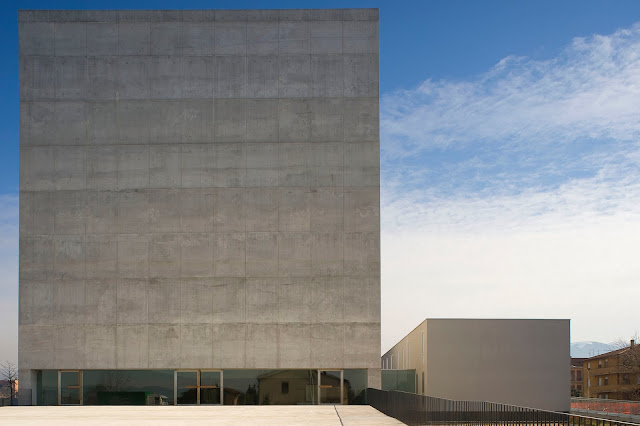 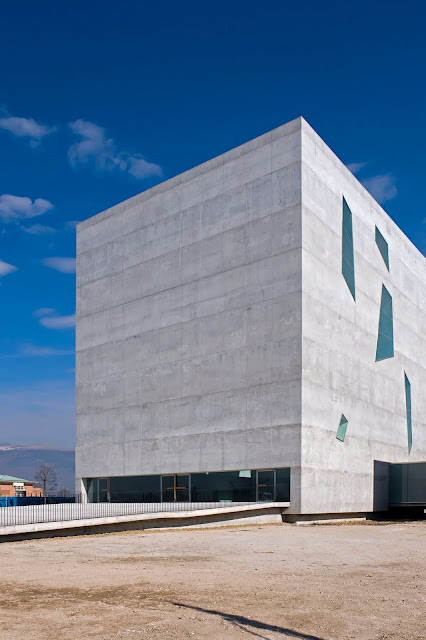 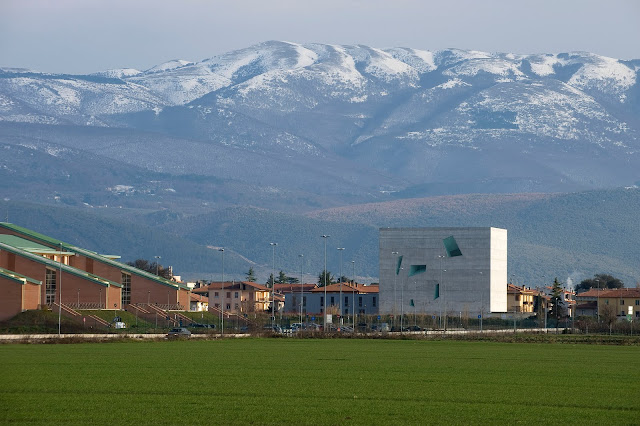 The Church of Saint Paul in Foligno, Umbria / Chiesa di San Paolo a Foligno
One of the modern Italian Churches selected for criticism by Sandro Magister`s article mentioned in yesterday`s post is The Church of Saint Paul in Foligno, Umbria.
The cost of it came in at about 3,5 million euros.
The design was selected after a competition held by the Conference of Italian Bishops who set a maximum cost of 6 million euros for the project
The first Mass was celebrated on 24th April 2009.
It is known locally as "the Cube". As one blogger, Fr. Philip Neri Powell OP put it without much exaggeration: "The Borg has landed in Italy! "
More images can be seen on the following sites (including the interior);
Infobuild

Flickr: Massimiliano FUKSAS - Chiesa di San Paolo (Foligno) by `O Tedesc
Flickr: Chiesa di S.Paolo - Foligno (arch.Fuksas) by da geli
It can also be seen in the following videos one favourable, the other not so:


Tim McKeough in Wired Magazine in his article Design: Even Modern Churches Are Built to Instill the Fear of God was awe struck and inspired:

"Take the church at the Sao Paolo Parish Complex ... designed by Italians Massimiliano and Doriana Fuksas for the Umbrian town of Foligno and completed in 2009.
Parishioners pass through the doors and gather under an imposing concrete box that’s almost as big as the church itself. The hollow structure hovers disconcertingly over the floor, without a single column in sight. “I tried to give a spiritual sense of life inside the building,” Massimiliano says. “You have something that is simple but also complex—complexity to make a human emotion.”
The effect is transformative: The congregation feels closer to otherworldly powers, and the space is just ominous enough to keep them in line."

But how long does the transformative effect last ? Should a church be "ominous" and is it meant to keep people in line ?
Michael Webb in a scholarly article in English in The Plan provides much informative detail about the project including the following:

"Every element is carefully integrated within the whole, and there are none of the jarring notes that so often mar the conjunction of reductive architecture and old patterns of use.
The Fuksas studio designed the plain oak benches, the twelve suspended light pedants containing speakers whose angularity echoes the window openings, and the slender pedestal speakers ranged around the outer walls. Mimmo Paladino abstracted the stations of the cross in small iron sculptures along the side walls.
What reads as a translucent glass bridge from the outside is a devotional chapel, bathed in soft light, with a baroque altar and prieu-dieu to comfort traditionalists.
As with Le Corbusier’s three religious commissions, the church was made possible by an exceptional client - a high-level official in the Vatican hierarchy. The competition set a cost limit of six million euros; Fuksas brought it in for three and a half, and that gave him more freedom to realize his vision.
Each contender in the competition was assigned a liturgical advisor. “The sister told me that I was going against all the principles of her faith and we parted ways, but the bishops loved the design,” says Fuksas, laughing at the memory."

The sister should have known that in the face of Fuksas and the Bishops "Resistance is Futile"
Posted by Unknown at 8:42 pm